“There’s been a lot of talk throughout the years about the construction of an expressway that will connect the southern province of Laguna to Metro Manila via Laguna Lake. There now seems to be some significant development in that regard.

“The Department of Public Works and Highways (DPWH) recently shared that the detailed engineering design (DED) of the new Laguna Lakeshore Road Network (LLRN) Project will begin in December. The LLRN Project–Phase 1 includes the construction of a two-lane 37.6km road that stretches from Calamba, Laguna, all the way to Bicutan.

“The thoroughfare consists of an 11.8km viaduct from Lower Bicutan to Muntinlupa and a 25.8km onshore viaduct and embankment from Muntinlupa to Calamba. There will be eight interchanges, namely: Sucat, Alabang, Tunasan, San Pedro/Biñan, Santa Rosa, Cabuyao, and Calamba.

“The DPWH says the project will feature an additional one lane in each direction from Sucat to Santa Rosa, as well as a cycling track and promenade from Tunasan to San Pedro.”

“To Pasigueños looking for a new place to exercise or simply hang out with family and friends on Sundays, check this out: The Pasig City government is now implementing Open Street Sundays along Emerald Avenue in Ortigas.

“Through this program, the street becomes an ‘open public space’ that’s off-limits to all vehicles from 6am to 6pm every Sunday. Pedestrians can roam around or exercise in the area, and activities such as jogging, zumba, and cycling are allowed. Access to the road is free of charge—people are simply reminded to observe minimum health standards when they are out and about.

“There were no other specific details provided, but based on the photos, it appears there are rentable pedal cars for both children and adults. You can check out the official Facebook post below:

“This program is similar to the ‘Carless Sundays’ program that was implemented in Pasig City several years back.”

“According to the Land Transportation Office (LTO), it isn’t just uneducated motorists who stand to gain from its implementation of the Comprehensive Driver’s Education (CDE) program. Supposedly, those of you who have trouble keeping a cool head behind the wheel can learn a thing or two as well.

“In a statement, LTO chief assistant secretary Edgar Galvante said that the CDE contains information that will help drivers avoid street and road rage while on the road, too.

“The official stressed that experienced drivers stand to benefit from the CDE thanks to ‘its information on the best practices to deal with stress and road rage, unsafe and abusive motorists, crisis events like accidents and vehicle malfunctions, and updates on new traffic rules and signages.’

“Galvante also took the opportunity to remind everyone that the CDE will not result in added expenses for motorists, as all of the program’s learning materials are available to view for free on the official LTO Land Transportation Management System (LTMS) portal.”

“The Department of Transportation (DOTr) has shared significant developments regarding the North-South Commuter Railway: The first rolling stock of PNR Clark Phase 1 has arrived in the Philippines.

“This is the same eight-car train set that underwent testing in Japan back in October. The arrival comes ahead of schedule, as the DOTr previously said that delivery was expected by the first week of December.

“The rolling stock has recently passed factory acceptance tests and is already at the Port of Manila, as per the DOTr’s latest update. It will be transferred to the Philippine National Railways depot in Malanday next month after the shipment has cleared customs.

“This is the first of 13 sets that were procured from the Japan Transport Company and Sumitomo Corporation Joint Venture. The DOTr says the second set will be delivered by the second quarter of next year.”

“To commuters who use the EDSA Busway regularly, take note: The Department of Transportation (DOTr) has announced that the new EDSA Busway Buendia Station is now open to the public.

“The new station is connected to the new footbridge at the EDSA-Buendia intersection that the Metropolitan Manila Development Authority (MMDA) inaugurated recently. It is officially the 13th operational EDSA Busway station in the metro. You can check out more details and photos below:

“The new footbridge is also directly connected to the MRT-3 Buendia Station. All these mean commuters now have a safer and seamless way to transfer between the Busway and the MRT.” 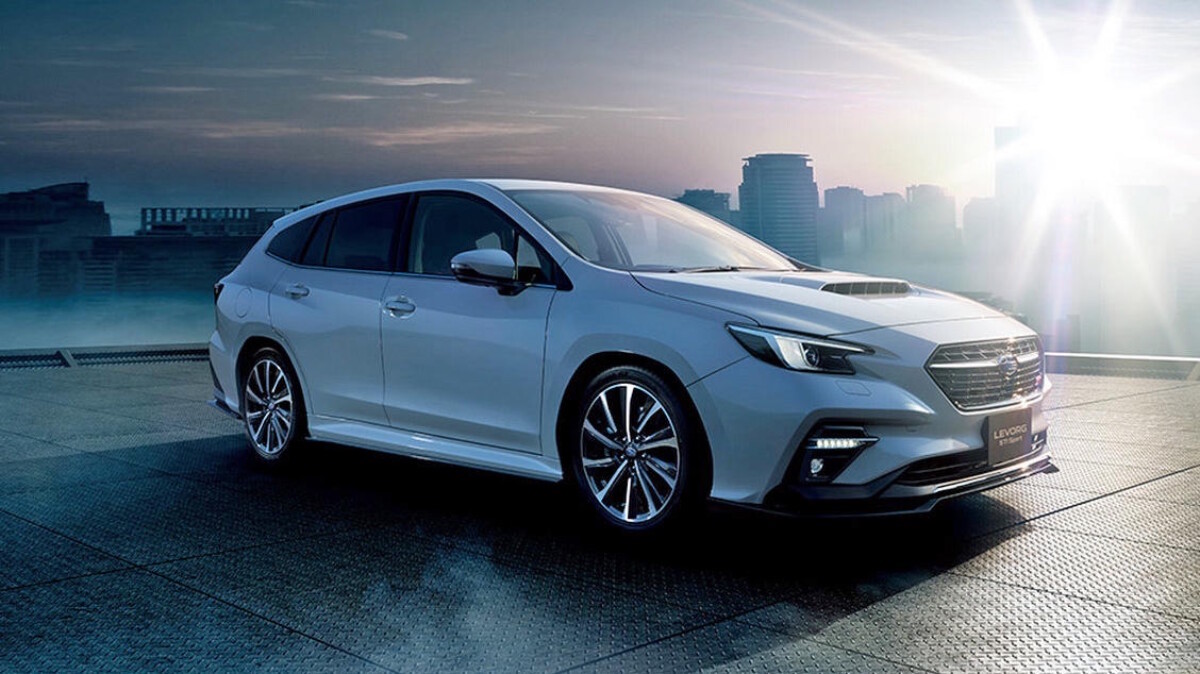 The Subaru Levorg STI Sport R reminds us of the Impreza wagons of the ’90s
View other articles about:
Read the Story →
This article originally appeared on Topgear.com. Minor edits have been made by the TopGear.com.ph editors.
Share:
Retake this Poll
Quiz Results
Share:
Take this Quiz Again
TGP Rating:
/20