That last bit has brought up some strong reactions
by TopGear.com.ph | Jun 13, 2021

“During a recent interview with SMNI News, President Rodrigo Duterte proudly declared that EDSA is no longer congested.

“‘Ang traffic ngayon sa EDSA, maluwang na. Okay? But early on sa administration ko, it was a crisis,” he said, adding that Department of Transportation head Arthur Tugade, who he considers one of his ‘bright boys,’ recommended that the government borrow money to address the problem.

“It’s probably worth noting that the Department of Public Works and Highways (DPWH) is still trying to fulfill Duterte’s previous promise of a five-minute drive between Cubao and Makati City. And speaking of the DPWH, in January this year, agency head Mark Villar shared that EDSA usage is currently estimated at 400,000 cars per day, despite the thoroughfare’s capacity being pegged at just 288,000 per day.”

Will free rides to vaccination sites encourage people to get the jab?

“In a statement, Senator Grace Poe brought up the idea of providing free transportation to vaccination venues as a way to incentivize citizens to get their COVID-19 shots.

“‘There is a critical need to augment the free transportation made available by the government and private sector to cover more senior citizens, persons with disabilities, and indigent residents in going to the vaccination sites,’ Poe said, adding that transportation issues should not be a barrier to healthcare.

“According to the senator, pursuing this idea has two benefits. The first is that more Filipinos will get vaccinated. The second is that such a service may help provide employment to drivers displaced by the ongoing pandemic.

“She added that authorities can tap the government’s P5.58 billion service contracting program under the Bayanihan II law to make this idea happen, and that the administration ‘must show it will remain with the people’s side to see them through the entire vaccination process.’

“‘Trust should be the main component of our vaccination program,’ she said.”

“House Bill No. 9503, also known as the Product Safety Online Information Center Act, aims to set up a one-stop online portal where car owners can access information regarding recalls, bans, defects, and other important details concerning the safety of consumer products and motor vehicles.

“If the bill becomes law, the Land Transportation Office (LTO) will be tasked with keeping the website updated with all the relevant information on motor vehicle product safety. This includes a searchable list containing existing automotive recalls, bans, and defects as well as their respective explainers in multiple languages.

“The website will also feature a platform for complaints and reports on safety issues, plus instructions on how to check the vehicle identification number (VIN) and other relevant markings or labels to determine if your unit is. Manufacturer and distributor contact information will be available, too, in the event the owner needs to contact his or her brand.

“You can check out the bill in its entirety here.”

“The Parañaque Integrated Terminal Exchange (PITX) has announced that its trips to the Bicol region are now once again available.

“This announcement follows the recent reopening of borders in Tabaco, Tiwi, and Legazpi City in Albay. Of course, there are a number of strict guidelines that both travelers and PUV operators must follow.

“All travelers must present a company, APOR (authorized person outside of residence), or government-issued ID upon boarding. Minors, meanwhile, must be accompanied by a parent or a guardian, or if traveling alone, they must have a permit issued by the Department of Social Welfare and Development.

“In addition, a negative antigen test result released strictly from the PITX Antigen Testing Facility on the exact travel date is required to be allowed travel.  The facility is located at the PITX third-floor parking area and is open from 12pm to 5pm. Testing is available for all passengers, including those not bound for Bicol. Antigen tests cost P850 each and results are released 30 minutes after.

“Lastly, all passengers must book their rides at least 48 hours ahead of time. For booking, they may reserve their trips directly through the bus operators listed below.”

For trips to Tabaco (departure at 7pm daily)

For trips to Legazpi (departure at 8pm daily)

For trips to Tiwi (departure at 6pm daily)

“The Department of Public Works and Highways (DPWH) inaugurated the Santa Monica–Lawton Bridge, also known as the BGC-Ortigas Bridge and now officially named the Kalayaan Bridge, on June 12. In a statement, the agency called the achievement ‘a fitting Independence Day gift’ for the general public.

“‘With the opening of this bridge, DPWH is a few steps closer to completing the entire BGC–Ortigas Center Link Road Project that will reduce travel time between Bonifacio Global City and Pasig City/Mandaluyong City to only 12 minutes,’ DPWH secretary Mark Villar said.

“The structure, which is part of the 1.37km BGC–Ortigas Center Link Road Project, is expected to serve as an alternate route for vehicles traveling between the cities of Makati, Pasig, and Taguig, and is part of the larger BGC-Ortigas Center Link Road Project. It was supposed to be open to vehicles by May 2021, but due to delays, the inauguration was pushed back to Independence Day.” 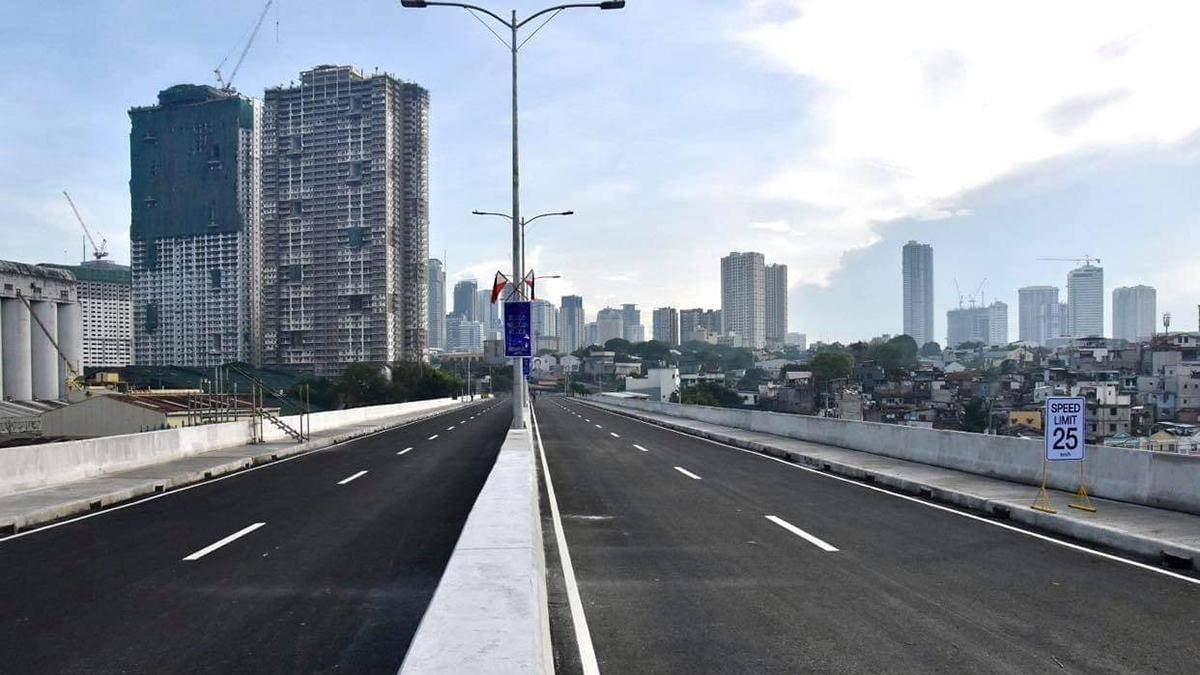 The BGC-Ortigas Bridge is now partially open to motorists
View other articles about:
Recommended Videos
Read the Story →
This article originally appeared on Topgear.com. Minor edits have been made by the TopGear.com.ph editors.
Share:
Retake this Poll
Quiz Results
Share:
Take this Quiz Again
TGP Rating:
/20