“But there were additional PUJ routes in Metro Manila as well as provincial bus routes to be opened by the Land Transportation Franchising and Regulatory Board (LTFRB) under the DOTr’s new directives. Sixty PUJ routes were opened on April 13 and 190 provincial PUB routes on April 15. Only authorized persons outside of residence (APOR) are allowed to board PUVs.

“The DOTr has also made it clear that there will be no fare hikes during this new MECQ period. To check out the full guidelines on public transport, check out this previous story.”

Car registration: Validity of plates ending in 3 and 4 extended

“After announcing that its offices in the Greater Manila Area will remain closed until the end of April following the declaration of MECQ, the Land Transportation Office (LTO) has now confirmed that it is extending the validity of registration for vehicles with license plates ending in 3 and 4.

“The LTO is also extending the validity of student permits and driver’s and conductor’s licenses that should have expired during this year’s ECQ and MECQ periods. According to the agency’s advisory, all such licenses and permits will be valid until July 31, 2021.

“Take note, however, that the LTO did not specify whether or not this is applicable only to those within the Greater Manila bubble. We’ve tried reaching out to the agency regarding this, but they have not responded as of this writing. In any case, if your license or permit expired during this period, but you are situated outside the ECQ/MECQ areas, then we suggest you get in touch with a nearby operational LTO office for more details.

“In addition, the LTO announced that all temporary operator’s permits that expired within the period covering March 15 to April 30 will be valid until May 31, 2021. For this one, the LTO explicitly stated that this applies only to Greater Manila and other identified areas. You can view the official announcement here.”

No coding in Makati City during MECQ

“At least for this MECQ period, Makati City’s local government has made it clear that number coding will also be lifted under its jurisdiction.

“No dates were specified in the announcement, so we’re guessing the coding suspension will continue in case MECQ is extended or ECQ is reimposed. Elsewhere in Metro Manila, number coding remains suspended until further notice.”

“After a few major delays, San Miguel Corporation (SMC) has officially opened the northbound section of the Skyway Extension Project.

“This extension of the Skyway road network spans 4km from Susana Heights to Sucat in Parañaque. It provides northbound motorists easier access to the Skyway and the Skyway Stage 3, bypassing the usual heavy traffic around the Alabang area of the South Luzon Expressway (SLEX).

“‘I am proud to announce to motorists from the south that finally, our long-awaited Skyway Extension northbound section is finally open. Our long-term solution to addressing traffic particularly on SLEX heading to the Alabang area has finally been realized,’ said SMC president and chief operating officer Ramon S. Ang. ‘This would not have been possible without the support of our government, led by President Duterte and the ‘Build Build Build’ team, who have helped us in so many ways to complete this project.

“‘I’d like to thank, too, the local government of Muntinlupa and our private sector stakeholders, without whom we could not have gotten this done. Most of all, thank you to our motorists, for bearing with us. We are excited for you to finally be able to feel the benefits of this new project.’

“This three-lane northbound section can cater to about 4,500 vehicles per hour. It is estimated to cut travel time from SLEX to the North Luzon Expressway (NLEX) to around 25 to 30 minutes.

“The Skyway Extension Project is open only to Class 1 vehicles with RFIDs. Passage through this segment is still free of charge until further notice.”

“After opening the northbound section of the Skyway Extension, San Miguel Corporation has announced that work on the southbound side ‘will advance and move at a faster pace’ to meet the project’s completion by the third quarter of 2021. Until then, however, regular users of the tollway need to be very patient on the road, because Skyway’s Hillsborough southbound off-ramp will be closed permanently to traffic beginning April 19 at 6am.

“The following alternative routes are available to Class 1 vehicles:

“The two-lane, 4km southbound section of the Skyway Extension runs from the main toll plaza of Skyway to Soldier’s Hills in Muntinlupa. The already operational northbound section, meanwhile, also spans 4km from Susana Heights to Sucat.

“SMC president Ramon S. Ang noted that the opening of the northbound section—passage on which remains toll-free until further notice—has made a noticeable improvement on traffic flow along SLEX and the Alabang viaduct.

“‘We’re already seeing how convenient and much faster travel is now, and it will become even more evident when traffic volume picks up and starts to normalize,’ he said. ‘That is why we’d again like to ask for our motorists’ cooperation and understanding as we move toward completion of the southbound Skyway Extension.’”

“SMC has also confirmed that starting 6am on April 19, the steel ramp near the Alabang viaduct will be made exclusive to southbound motorists.

“This is the two-lane steel ramp that connects the at-grade portion of SLEX to the Skyway. It was opened way in late 2019 to help ease the worsening traffic caused by the start of construction of the Skyway Extension.

For northbound motorists who are headed to Pasay, Makati, Manila, or Quezon City and are looking to enter the metro via Skyway, SMC is suggesting you take either of these two routes:

LRT-1 will have temporary closures on two weekends

“Following the temporary shutdown of the LRT-1 during Holy Week, the Light Rail Manila Corporation has now announced that the train line’s operations will be suspended on two consecutive weekends, from April 17 to 18 and from April 24 to 25. This closure will also help make way for preparations for the rollout of the new trains later this year.

“The DOTr has likewise advised the public that there will be buses plying Route 17—Monumento to Edsa via Rizal Avenue or Taft Avenue—to serve as alternatives for commuters affected by the LRT-1 closure.

“Citing the rising number of COVID-19 cases among its frontline personnel, the Light Rail Transit Authority has announced that LRT-2 operating hours will be shortened from April 17 to 30.

“Regular operating hours will resume on May 1.

“The shortened hours will be another challenge for frontline and essential workers who rely on the LRT-2 for their daily commute. In a separate statement, the Department of Transportation said that buses plying Route 9 (Antipolo to Cubao) and Route 10 (Cubao to Doroteo Jose) will ‘augment LRT-2 operations [and] help accommodate affected passengers.’”

LRT-2 East Extension inauguration has been moved to June

“This move comes in a bid to prioritize the safety of both commuters and rail workers, the DOTr says. Another reason for the delay is that foreign rail experts who must be present for the final stages of the project—which is already 96.51% complete—are still unable to enter the country due to travel restrictions.”

“The commotion surrounding the LTO’s Motor Vehicle Inspection System and the new private motor vehicle inspection centers (PMVIC) has died down a bit over the past month or so, but it appears the DOTr is continuing its crackdown on erring private emission testing centers (PETCs).

“Through the agency’s Investigation Security and Law Enforcement Staff, it has suspended six different PETCs that have been caught falsifying emission test results. The erring testing centers are as follows:

“The suspension order was officially issued on April 7, 2021 and will be effective for 90 days. The order was also served to the PETCs’ corresponding IT service providers, who will also receive the same sanctions if they continue to process data from the suspended PETCs.

“For those still confused about the LTO’s new system, take note that for now, car owners only need to bring their vehicles to either a PMVIC or PETC, not both. However, you should also keep in mind that regardless of which testing center you choose, your car must still undergo a visual inspection before it can be registered.” 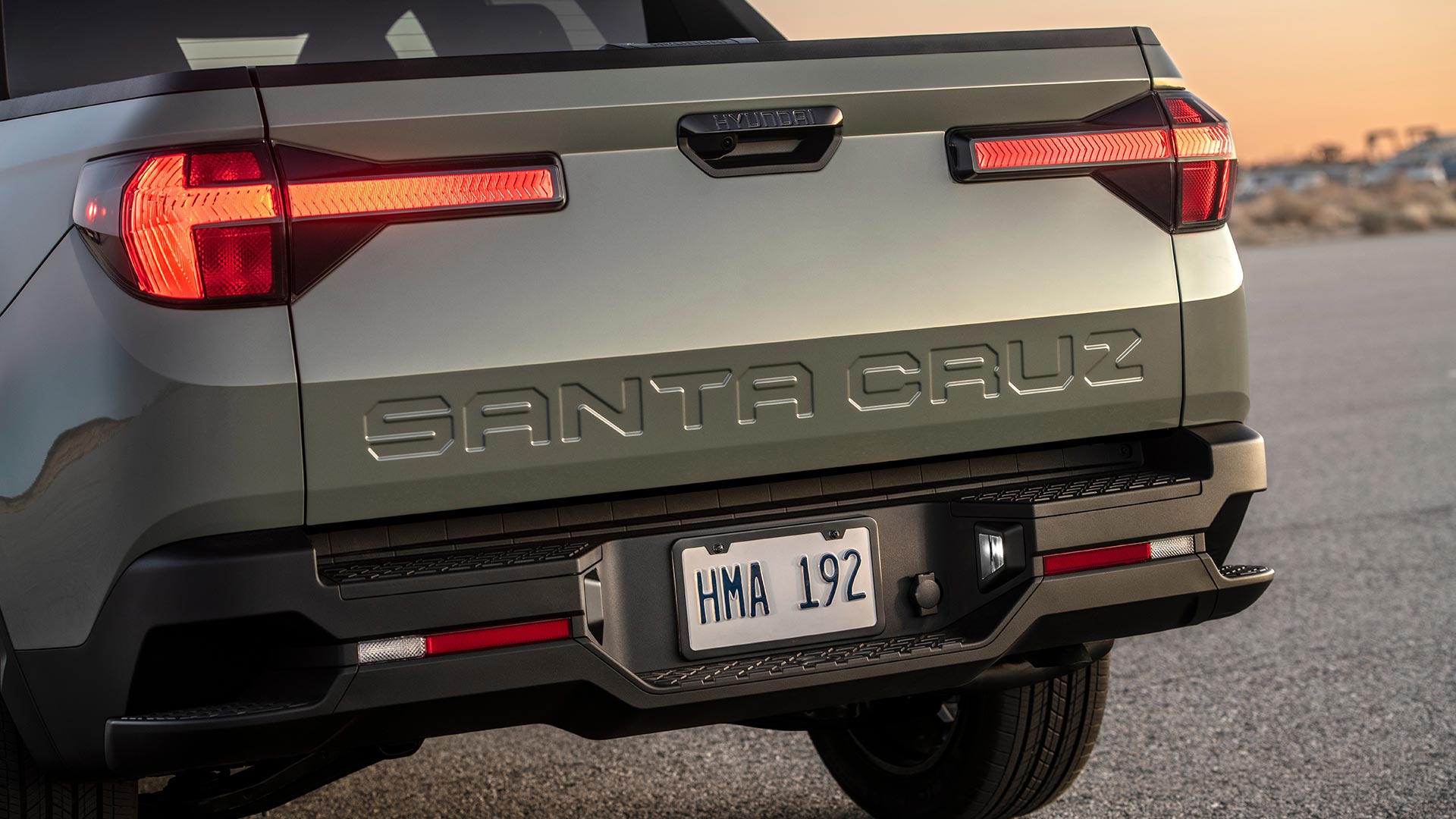