“The ‘one seat apart’ policy for all modes of public transport began on October 19, as the government strives to revitalize the economy by allowing more businesses to open and more people to get to work. The new guideline allows a higher volume of passengers on board jeeps, buses, and trains, which naturally means longer queues at ticket booths and reloading stations at public-transport terminals.

“To reduce contact between commuters and station personnel, Beep e-load stations have been installed at all stations of the LRT-2 line. According to the announcement released by the Light Rail Transit Authority (LRTA), these ‘stored value updaters’ will ‘provide safer and seamless ticket transactions to the commuting public.’

“The system may be used by Beep cardholders who have reloaded their cards using over-the-air (OTA) methods: BPI Mobile app, EON by Unionbank, PayMaya, Akulaku, JustPay.to/beep, and Load to Beep (SMS). Upon getting to the LRT-2 station, they can then update their card balance using the e-load station.

“LRT-2 stations with low foot traffic have one Beep e-load station, while busier ones like Araneta Center–Cubao and Recto get two.

“In line with the government’s directive to shift to contactless payment for public transport, the LRTA has removed all personnel-manned ticket-selling booths; the Passenger Assistance Office (PAO) at stations now only accommodate those with ticket problems as well as senior citizens and persons with disabilities availing themselves of concessionary cards.”

“A source has explained to Top Bikes Philippines one reason behind the failure of sensors to read RFID tags. It boils down to the type of USB systems used by the Metro Pacific Tollways Corporation (MPTC) and SMC Tollways.

“According to our source, Easytrip uses an older type of USB system, and because of this, Autosweep is more capable and effective at reading and processing transactions. Easytrip also leaves the subscriber more prone to being stuck at payment lanes. Say you got an Autosweep sticker and account first, then you proceeded to an Easytrip installation site to apply for an Easytrip account that’s linked to your Autosweep sticker. So, you have two accounts under one sticker. In this case, the Easytrip scanners at payment lanes sometimes have difficulty reading your Autosweep sticker, and the barrier only opens after an attendant manually scans your Easytrip account card.

“For now, make sure you always have your RFID cards ready in case a problem arises. Always have sufficient load, too—check out our guides for reloading your Easytrip or Autosweep account.”

“MPTC is advising motorists to avail themselves of Easytrip RFID stickers at designated venues aside from the off-site installation booths, which are prone to overcrowding due to the huge influx of applicants. Arlette Capistrano, MPT South assistant vice president, says that this is to safeguard the welfare of customers and employees alike against possible virus infection.

“Over the weekend, officials of Barangay Magallanes in Makati City ordered the closure of the Easytrip and Autosweep booths at the Shell station outside Magallanes Village after residents complained of a traffic jam and a possible violation of health protocols. This prompted MPTC representatives to hold a dialogue with barangay leaders.

“Initially, the barangay officials agreed to the resumption of RFID sticker activation, but only for the residents. MPTC, however, is confident they will allow other motorists to avail themselves of RFID stickers there, too.

“Capistrano assured the barangay officials that Easytrip RFID assist teams are not only instructed to follow the strict COVID-19 health protocols, but have also been trained to maintain order and manage traffic at their stations. It turns out that some applicants got restless while waiting for their turn. As a result, they ignored the number queuing system and loitered around the kiosks instead of staying in their cars while waiting to be served.

“To ease congestion at off-site installation booths, Capistrano is advising applicants to proceed to bigger activation sites that have wide parking areas, more sticker installers, and much bigger RFID tag allocations. These are located at Land Transportation Office (LTO) offices and permanent Easytrip customer service offices usually found at the entry and exit points of MPTC-owned tollways. Some of these permanent installation centers are open 24/7.”

Meanwhile, SMC has extended the deadline for Autosweep RFID applications

“We’re less than a week away from the government’s November 2 deadline for all tollways to shift to 100% cashless toll payment systems, but it appears the deadline won’t be met. Apart from the fact that a lot of motorists seemed to wait until the last minute to get their RFIDs, there have been issues surrounding the availability of the RFID tags.

“To address this, the San Miguel Corporation has announced that vehicles without RFIDs will still be allowed passage through SMC-operated expressways until November 30, 2020.

“SMC’s statement reads: ‘By November 2, all lanes at our toll plazas will be fully capable and converted to electronic toll collection, in full compliance with the government’s mandate. However, after careful study and deliberation, and especially in consideration of so many motorists who have not been able to secure an Autosweep RFID account because of the volume of applications we have today, we have decided to extend the deadline to November 30.

“‘This means that from November 2 to 30, vehicles without RFID will still be allowed to enter the expressways. Hopefully, this will give more time for motorists to get their RFID stickers.”

“The company has also made it clear that November 30 will be the absolute deadline, and that all vehicles without RFIDs past this period shall no longer be allowed entry to SMC’s expressways.”

What will happen if you enter an MPTC expressway without an RFID after November 2?

“Will motorists without RFID stickers still be allowed to use the expressways next month?

“‘Wala kaming customer na ide-deny ng entry sa mga expressway because we are of service to them. We cannot, we will not (deny them of entry) on the basis of not having an RFID sticker,’ he assured. ‘This is public service. We have to render public service.’

“Quimbo has a separate reminder to occasional drivers: Do not resort to panic-buying, and stay calm. MPTC has more than enough supply of Easytrip RFID stickers for the millions of vehicles that use their tollways, and installation of these tags will be a continuing process.”

SMC has launched a bicycle program for its employees

“Ramon Ang, a genuine car guy and the man responsible for a good chunk of the country’s infrastructure boom, has a message for his fellow motorists: Learn to share the road. The SMC head is calling for car owners in the Philippines to respect cyclists on the road, asking them to give way and reminding everyone that we’re all on the same boat.

“‘For motorists, let us all observe the proper distance from cyclists. Do not treat them as obstacles on the road. We share the road with them, they are people like you, just trying to get to their destination,’ Ang said in a recent statement.

“‘Give way to them, because anyway you are inside a vehicle. Their safety comes first.’

“Ang brought up the plight of our nation’s cyclists after launching a bicycle program for SMC employees. Through the program, SMC personnel can avail of bicycles and safety gear for as low as P2,000 to P3,000 payable with no interest for up to 12 months.

“According to Ang, the program was prompted by increased demand for bicycles among SMC employees: ‘We bought an initial 1,500 units for our facilities in different locations. Almost as soon as we offered them, all were taken. We are now waiting for more units to make available to more employees in more areas.

“‘With more and more cities putting up bike lanes, and with even our major thoroughfares devoting space for cyclists, biking to work is now a more viable option for many Filipinos.’”

“Ramon Ang has confirmed once the Skyway Stage 3 finally opens in December, motorists will be allowed toll-free passage for the first month.

“‘We’re very proud and excited about this project because it will truly make a big difference to so many people’s lives—especially with our economy slowly opening up and with more vehicles coming back to our roads,’ he said.

“‘While we’re still doing a few finishing works, we want the public to be able to use Skyway 3 already and benefit from the convenience and ease of travel that it will bring. We have all waited long for this project, so this is the best way we can welcome everyone, by making Skyway 3 free for one month.’”

“Ang also said that despite the continuous rains over the past several weeks, the company remains confident that it will be able to officially complete the construction by December.”

“At the start of September, Grab Philippines announced that GrabCar and GrabTaxi rides were once again available until midnight. Now that restrictions on public transportation have eased up even further, the company has resumed 24-hour operations in certain parts of the country.

“On October 20, GrabCar and GrabTaxi services became operational at all hours of the day in Metro Manila, Pampanga, and Cebu. Meanwhile, GrabTaxi services in Baguio, Naga, Bacolod, Iloilo, Cagayan de Oro, and Davao are also back up and running 24/7. For a detailed look, click here.

“The company also announced that GrabRent, its dedicated shuttle service, is back to operating 24 hours a day in Metro Manila. This applies to both the three- and five-seater services.”

“Planning a trip to Baguio City already? If so, there’s a convenient new way to get to the country’s summer capital without bringing your own car you may want to check out.

“BookTouristVan.com is a new online platform powered by Biyaheroes that lets travelers pre-book van trips to destinations like Clark, Cabanatuan, Pangasinan, and yes, Baguio City. Below are the routes currently available for booking:

“There are a few things to keep in mind, though. Obviously, the use of face shields and masks is required, and individuals with a recorded temperature above 37.3 degrees Celsius will not be permitted to travel. Social distancing is also required during trips.

“What’s more, you can’t just head to Baguio on a whim. Guests have to register at the city’s Visita online portal and must have reservations at a local hotel with an accredited travel agency. Residents returning to Baguio City are also required to register at a separate website. BookTouristVan.com also says there may be other requirements depending on your destination and on the local government’s protocols.” 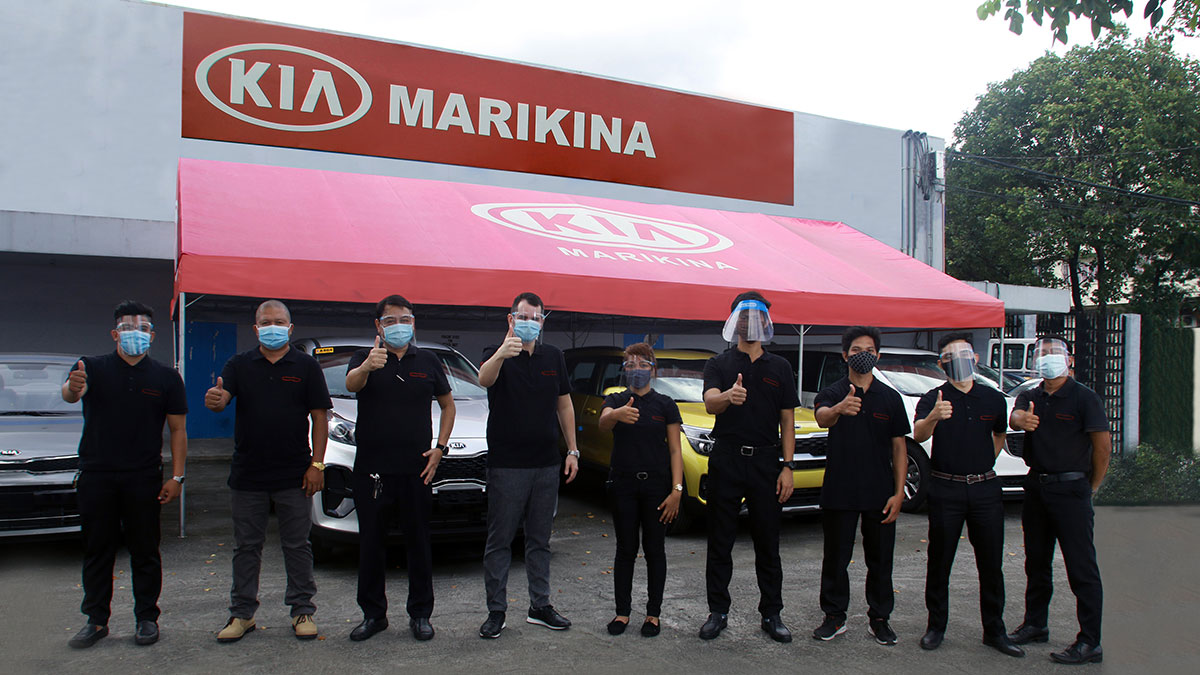