We’ve got updates on the controversial backriding shields, too
by TopGear.com.ph | Jul 26, 2020

It’s a bus lane, not a supercar lane

“The Metropolitan Manila Development Authority (MMDA) is making it clear: Unauthorized cars cannot use EDSA’s inner-bus lane. No exemptions, whether you’re a behind the wheel of a government vehicle or, in this case, a supercar.

“A silver Ferrari 488 GTB was apprehended on Guadalupe Bridge last weekend for allegedly entering and driving along the lane reserved for the EDSA busway. The Inter-Agency Council for Traffic (I-ACT) even posted photos of the scene on its official Facebook page.

“While the measly P150 fine for disregarding traffic signs is probably chump change to the driver—chances are the embarrassment following this gaffe will stick around for a while. Remember: This is a pretty exclusive vehicle here in the Philippines. In fact, only four units were brought in when Autostrada Motore launched the model back in 2015.”

The PITX-Lawton route now has an additional 30 buses

“The Land Transportation Franchising and Regulatory Board (LTFRB) has approved the special permits of 30 more buses that will soon operate via the Parañaque Integrated Terminal Exchange (PITX).

“Specifically, these buses will ply the PITX-Lawton route. This is one of 13 bus and modern PUV routes currently operational through PITX—for a full list of that, click here.”

The DOTr has begun installing bike racks at MRT-3 stations

“Bicycles have been a go-to mode of transportation during this ongoing pandemic, but the problem of infrastructure for cyclists in Metro Manila still remains.

“Various local government units and agencies have made efforts to address this, starting with the creation and expansion of dedicated bicycle lanes. Now, in its attempt to improve the situation for cyclists and commuters, the Department of Transportation (DOTr) has installed bicycle racks at MRT-3 stations.

“The agency began this initiative on June 22, and it says these bike racks may already be used by the public during the MRT-3’s operating hours. One rack can hold up to five bicycles, and as of this writing, there are now racks installed at the North Avenue, Quezon Avenue, and GMA-Kamuning northbound stations. The goal is to have 34 bike racks available across all northbound and southbound stations of the train line.”

Mask on or mask off for solo drivers?

“According to the Philippine National Police (PNP), solo drivers who aren’t wearing masks can only be apprehended by authorities if the vehicle he or she is driving has its windows down.

“In a message to Inquirer.net, PNP spokesperson Bernard Banac clarified that no-mask apprehension for solo drivers can only happen if a car’s windows are down and the A/C is not being used, adding that the policy ‘refers only to jeeps, trucks, etc. with no A/C and windows are left open during travel.’

“In a separate message to the news site, Joint Task Force COVID Shield commander Guillermo Eleazar said that he believes a mask is not necessary if a driver is alone inside a car: ‘In my opinion, no need for a face mask if alone inside a four-wheel vehicle.’”

“In a recent report by GMA News, DOTr secretary Arthur Tugade assured the public that the agency will do everything to catch up with its targets and eventually meet the deadlines for its infrastructure projects. Tugade said that notwithstanding these delays, he wants the Metro Manila Subway to be partially operational by the last quarter of 2021.

Miss going to the cinemas? If you’re in Pampanga, you can go to a drive-in theater soon

“SM Pampanga has announced that it will be opening a drive-in movie theater in its amphitheater at the end of the month, with tickets scheduled to go on sale soon.

“It’s still unknown exactly what films will be screened here, whether it’s new releases or older movies. We’re guessing, however, that it’s probably the latter on account of movie releases being delayed left and right. There’s been no mention of what the setup will look like, either, and whether it will offer modern drive-in movie amenities like transmitting audio via Bluetooth.”

“Commuters will have to adjust their schedule as the LRT-2 will shorten operating hours next week to give way to maintenance works, its operator said on Twitter:

“Commercial operations will start at 5am. However, beginning July 27, the last trains will depart from both ends of the LRT-2 at 7:30pm, the Light Rail Transit Authority said. Regular operations will resume on August 3.”

“Several accidents involving concrete barriers on EDSA have been reported over the past week (with dozens more recorded over the past few months since their implementation), but this incident is the one that has garnered the most attention. It’s not an accident per se, but it easily could have ended up being one. Watch:

“While we can’t tell exactly at what speed the bus was traveling, it’s clear it was a tad bit too fast—enough to bring down one EDSA barrier and leave another wobbling in its wake. It got us thinking, though: If that speeding bus passing by was enough to knock a concrete barrier over, just imagine what would happen if it lost control and smacked into them.”

“Pasig City mayor Vico Sotto recently took to Twitter to show off his local government unit’s new bicycle racks for public buildings, and pointed out another major consideration in the bikes-versus-cars argument: the cost of setting up parking spaces.

“The government official went on to add that once you take into consideration the cost of building maintenance, the cost of parking space for a four-wheeled vehicle is ‘easily’ 300 times that of a bicycle’s.”

The deadline for installation of backriding shields gets extended again...

“The Joint Task Force (JTF) COVID Shield has once again extended the deadline for the installation of backriding shields, from July 26 to to July 31.

“The new five-day extension was announced by JTF COVID Shield commander Lt. Gen. Guillermo Eleazar. The decision was made in light of riders’ ‘mounting requests’ for more time to comply with the new policy since many do not know where to acquire the approved barrier design.”

“Eleazar added that authorities have advised motorcycle dealers nationwide on where to secure the government-approved barriers. He also mentioned that the Department of Trade and Industry will make sure that the sale of substandard barriers will be prevented.”

...but motorcycle manufacturers say it’s not a good idea...

“The Motorcycle Development Program Participants Association (MDPPA) has finally come out in the open to oppose the controversial backriding shield policy.

“The MDPPA, which comprises Honda, Yamaha, Suzuki, and Kawasaki, zeroed in on the safety issues present in the approved designs, particularly the prototype version presented by Bohol governor Arthur Yap. This version uses a clear acrylic plastic barrier held by a steel frame attached to the passenger footpegs, either through welding or with the use of bolts and nuts.

“Here’s a summary of the safety concerns raised by the MDPPA (click here to read the full version):

“Does it mean the MDPPA is endorsing the backriding shield design pitched by Angkas? Nope. Instead, the group insists that the proper use of at least a half-face helmet with a closed-face shield, together with a face mask or balaclava, is ‘already an excellent measure in preventing infection.’”

...and mechanical engineers are not on board with it, either

“The latest to contradict the government’s claim that the backriding shields are an added protection is the Philippine Society of Mechanical Engineers (PSME), which zeroed in on the fluid dynamics and aerodynamics involved in the use of this controversial fixture.

“In a position paper submitted to the Inter-Agency Task Force (IATF) for the Management of Emerging Infectious Diseases, the PSME cited three reasons why the backriding shield is detrimental to the riders: safety, wind, and economy and environment.

“‘In essence, the PSME believes that the barrier cannot serve as a health and safety measure to protect the riders from COVID-19. Instead, it may compromise the safety, health, economy, and the environment,’ it says in the document signed by the group’s president, Jeffrey F. Singson.”

“The Clean Air Movement of the Philippines (CAMPI) has rejected proposals by some sectors to suspend vehicle emission testing until December 31, due to the influx of applicants for registration renewal at the different LTO offices as a result of the long lockdown period.

“Instead of suspending the vehicle emission testing, Pitpit laid down his recommendations (click here to read the full version):” 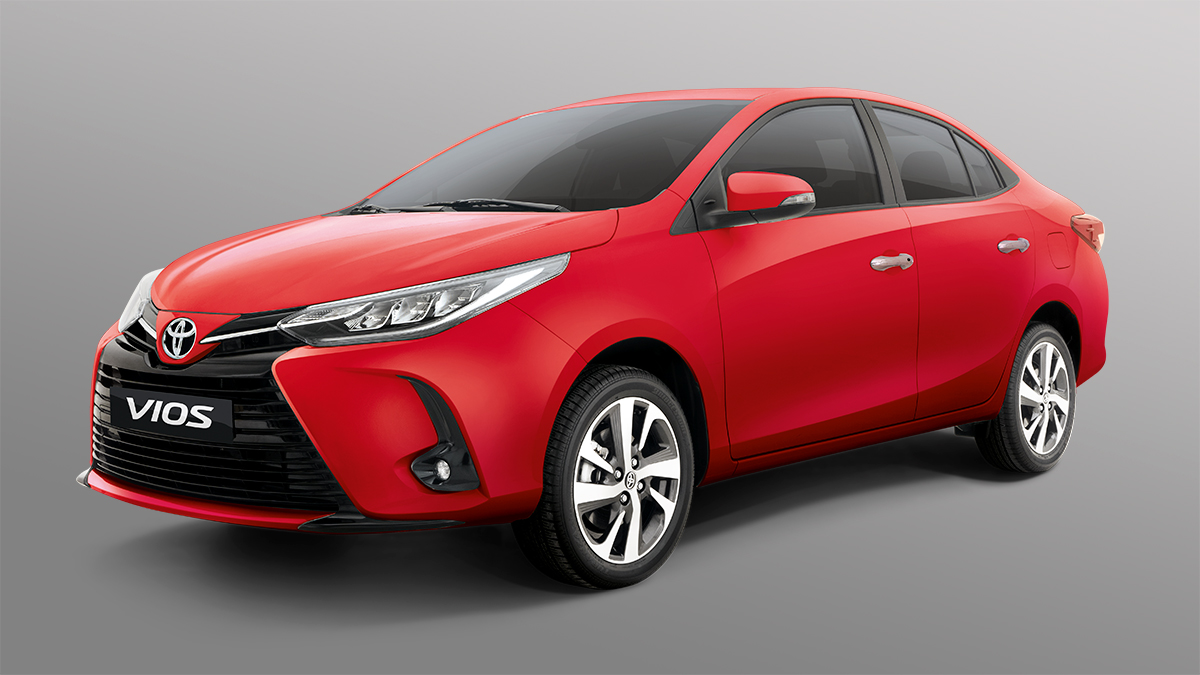 New Toyota Vios lands in PH with cleaner look and P671,000 starting price
View other articles about:
Read the Story →
This article originally appeared on Topgear.com. Minor edits have been made by the TopGear.com.ph editors.
Share:
Retake this Poll
Quiz Results
Share:
Take this Quiz Again
TGP Rating:
/20