“The Pasig City local government has already made some substantial changes since the pandemic began in order to make its city more bikeable. As a matter of fact, it was named one of the most bike-friendly cities in the metro last year.

“Now, as it continues to promote the use of alternative mobility, the LGU has turned over 100 bicycles to its residents. Together with the Department of Labor and Employment (DOLE), Pasig City has distributed bicycles—packaged with a helmet and a reflectorized strap and fitted with signal lights and racks—and mobile phones each with P2,000 worth of load to several non-teaching personnel and underemployed workers.”

Is that your final answer: LRT-2 East Extension full operations to begin on July 6

“The Light Rail Transit Authority (LRTA) has announced that the inauguration of the LRT-2 East Extension—including its new stations in Marikina and Antipolo—will take place on July 5, 2021, instead of June 22, with full operations to kick off on July 6. The two-week delay will give the LRTA’s contractor ample time to complete the integration and testing of the train line’s signaling system.

“‘We cannot compromise and risk the safety of the passengers, so we recommended the postponement of the operations to the Department of Transportation (DOTr), to which the DOTr concurred,’ said LRTA administrator Reynaldo Berroya. ‘The LRTA and DOTr agreed that the safety case shall be issued first before commencing operations. We at LRTA and DOTr are always committed to provide our passengers with a safe, reliable, and comfortable journey.’

“Prior to the inauguration of the LRT-2 East Extension, there will also be a shutdown ‘of the entire existing operations from Santolan to Recto’ for two weekends: June 26 to 27, and July 3 to 4.

“Check out the updated fare matrix for the LRT-2—including the East Extension—here.”

Would a free ride to a COVID-19 vax site encourage you to get jabbed?

“Last month, the US government struck a deal with Uber and Lyft that will see the two ride-hailing companies provide free rides to COVID-19 vaccination sites until July 2021. In a recent Zoom interview, DOTr head Arthur Tugade shared that he is impressed with the Biden administration’s initiative and that he may consider implementing something locally as well.

“‘Napakagandang programa yan. Pag-iisipan ko yan,’ Tugade said of the initiative, adding that the DOTr is already providing free rides to frontline healthcare workers and other authorized persons outside residences (APOR) in the Philippines.

“‘Yung sinasabi mong free rides papunta sa [vaccination sites], basta magawan ho natin yung programa ng detalye, kung paano ma-implement yan, I am willing to support provided it is given the [imprimatur] and guidance by the IATF (Inter-Agency Task Force for the Management of Emerging Infectious Diseases) and the Department of Health (DOH).’

“Earlier in the same interview, Tugade encouraged everyone to go out and get jabbed to protect themselves against COVID-19: ‘At least you now have a feeling of safety for yourself. But more importantly, you contribute to the safety of the entire community and the entire country. Dapat ho ganun ang maging pananaw natin.’”

“The hullabaloo surrounding the implementation of the RFID-only scheme on all major tollways has died down over the past few months. The long lines at RFID installation sites—both for Autosweep and Easytrip—have disappeared, and it appears the situation has really settled down.

“During a recent interview with DOTr secretary Arthur Tugade, we asked when the full implementation of 100% cashless tollways will push through. His answer? Take out the cash lanes along tollways when motorists finally have the discipline to use RFIDs.

“Tugade added that the electronic toll-collection systems in place also need some work in order to reduce or remove the recurring glitches.”

The DOTr is pursuing the expansion of private motor vehicle inspection centers (PMVICs) in the country to ensure the roadworthiness of all vehicles plying our thoroughfares. Agency head Arthur Tugade said he is pushing for the mandatory pre-registration assessment of vehicles using the 70-point testing process of PMVICs.

“The establishment of new PMVICs is currently delayed, however, because of the Senate Blue Ribbon Committee’s ongoing investigation to look into motorists’ complaints. Some of the issues raised by the public are the high testing fees (originally) charged by PMVICs and the inconsistent results of the tests, as well as the lack of consultation with stakeholders prior to the launch of the new Motor Vehicle Inspection System.

“The government aims to open around PMVICs nationwide to replace PETCs, which only perform emissions testing. According to our sources, there are 36 operational PMVICs in the country, while 138 have been given the go-signal by the DOTr to put up their facilities.

Yes, the Dario Bridge U-turn slot has been reopened again

“The Metropolitan Manila Development Authority (MMDA) has reopened the Dario Bridge U-turn slot along EDSA. The U-turn slot has already been closed and reopened multiple times already since the start of this pandemic to make way for the EDSA Busway.

“According to MMDA chairman Benhur Abalos, the agency’s decision to open it once more is part of its attempt to decongest the area.

“He said this will improve the flow of traffic because it will allow motorists to make a U-turn via a shorter route. He added that the agency has already coordinated with the contractor of the Common Station and requested it to make adjustments around the area.”

As if we don’t have enough QR codes on our phones these days...

“The Land Transportation Franchising and Regulatory Board (LTFRB) has announced that the StaySafe contact-tracing app will soon become mandatory for all public utility vehicles. Within the next 30 days, operators must register on the app for a QR code and begin requiring passengers to scan it upon entering and exiting the vehicle. Look:

“The LTFRB also stressed the use of the StaySafe app should be complementary to COVID-19 health and safety protocols already in place. These include the mandatory use of face masks and face shields, and the ‘one seat apart’ rule.

“In May, the LTFRB also required the use of the Safe, Swift, and Smart Passage (S-Pass) travel management system for inter-regional and –provincial bus routes. You can read more about this here.”

“The Anti-Red Tape Authority (ARTA) is making some clarifications regarding the supposed arrest of a fixer at the Land Transportation Office’s (LTO) headquarters in Quezon City last week.

“Contrary to reports that the fixer was arrested inside the LTO headquarters itself, the ARTA is now saying that the transaction was conducted outside, and so was the actual arrest.

“The agency’s statement reads: ‘A number of news reports indicated that ARTA said that the fixer was caught inside the LTO headquarters, which is false.

“The supposed ‘customer’ was ARTA undersecretary BGen. Carlos Quita, who went to the LTO branch to renew his driver’s license. He was met by the fixer outside of the LTO HQ and was offered to have the renewal process fast-tracked for just P4,500.

“Quita paid the fixer an initial amount of P2,500, after which he was assisted as he went through the ‘fast and legitimate’ license renewal process, meaning there was really nothing illegal with the process per se. 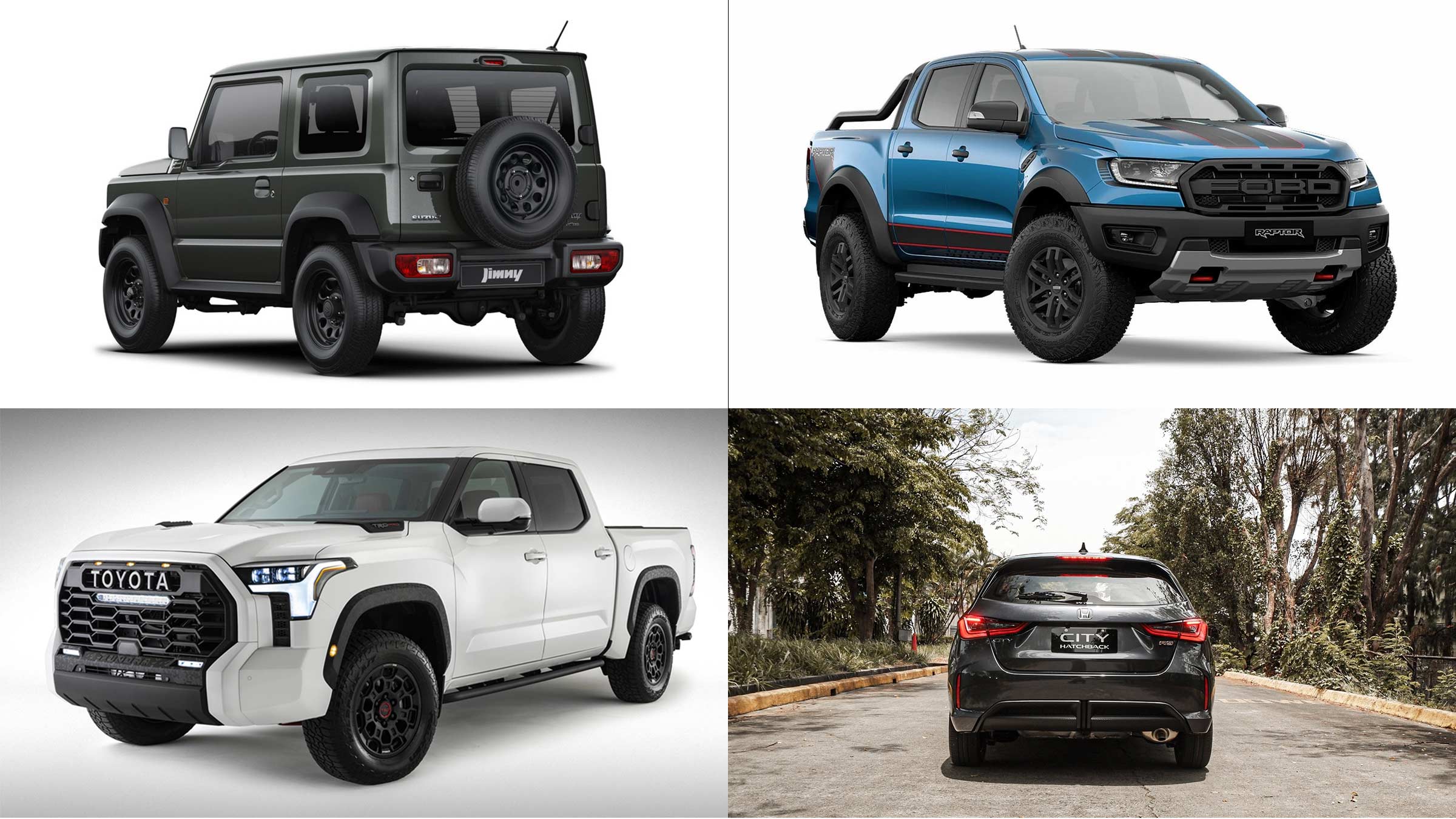