The Skyway Extension’s completion has been delayed to February 2021

“Motorists are going to have to wait a little while longer for the Skyway Extension Project’s completion after a recent freak accident involving a crane caused a steel girder to fall on the East Service Road.

“According to the San Miguel Corporation (SMC), last week’s crane and steel girder mishap has pushed the project’s completion date to February 2021. Prior to this, it was expected to be finished within December 2020. The company added that an investigation is already ongoing.

“SMC head Ramon S. Ang has also issued an apology to all of those affected by the incident: ‘Even with a contractor handling construction, ultimately, we are responsible for the welfare of those who were affected. I would like to personally apologize to the victims and their families, as well as to our larger community in Muntinlupa,’ Ang said.

“‘This terrible and tragic accident has affected me in ways I can’t even begin to express. I have not stopped thinking about the people who were affected, the four that were injured and most especially, the person who perished, and his family. There are no words that can ease the grief of losing a loved one.’

“Ang added that while numerous safety measures are in place for construction projects like the Skyway Extension, no one can predict outcomes like this. ‘Regardless, we are working with authorities to determine the root cause of this incident. We will find out where lapses occurred and do whatever is necessary to help make sure they don’t happen again,’ he said.”

“The past week, North Luzon Expressway Corporation (NLEX Corporation) began implementing the latest toll-fee adjustments for the tollway, upon the completion of another section of the NLEX Harbor Link.

“According to the company’s latest advisory, the Toll Regulatory Board (TRB) had approved a P4 hike in the open system and a P0.06 per kilometer increase in the closed system.

“In the open system, motorists are charged a flat rate per entry. This system covers Quezon City, Caloocan City, Valenzuela City, Malabon City, Navotas City, Meycauayan City, and Marilao in Bulacan. With the new toll rate adjustments, Class 1, 2, and 3 vehicles will have to pay an additional P4, P10, and P11, respectively.

“Meanwhile, for end-to-end travel between Metro Manila and Mabalacat City in Pampanga, the there will be an additional P9, P20, and P25 fee for Class 1, 2, and 3 vehicles, respectively. These changes took effect on November 25, 2020.”

“Starting December 1, regular toll lanes may be converted for the purpose of RFID installation. The agency also announced that 24/7 RFID installation activities are set to begin on the same day, and will last until January 11 next year.

“Essentially, you can have an RFID sticker installed on your vehicle regardless of which lane you line up at. This doesn’t necessarily mean you’ll be holding up motorists behind you, though, as you may be asked to move to a separate installation tent or site upon exiting the toll gate.

“Expressways will revert back to the regular toll lane arrangement come January 11. Past this date, motorists must line up at designated installation lanes to get their RFID sticker, and drivers who mistakenly enter an RFID-only lane will be ticketed.”

“It’s official: Motorists without an RFID sticker will not be ticketed or fined for entering expressways until January 11, 2021.

“DOTr assistant secretary Libiran made the announcement on Facebook, reminding car owners not to panic as the agency’s December 1 deadline for expressway cashless transaction compliance approaches.

“She reminded everyone, though, that apprehensions for not having an RFID sticker will happen past the new transition period. After this, motorists must make sure to line up at a designated RFID installation lane if their vehicle still isn’t equipped with one. If they fail to do so and end up in an RFID-only lane, they will be fined.

“As for RFID-equipped vehicles that try to enter expressways with insufficient load, Libiran said that they will not be fined, but must load their RFID upon reaching the toll booth. Either this or they will be asked to move to the side of the road and load their RFID via expressway personnel equipped with a top-up device. Again, this leniency will only apply until January 11 next year.”

How many tollway users have converted to RFIDs so far?

“On November 25, the DOTr hosted a press conference to discuss the shift to a 100% cashless toll collection that has been the subject of headlines over the past few months.

“During the briefing, both San Miguel Corporation (SMC) and Metro Pacific Tollways Corporation (MPTC) provided some updates on the current situation for the major expressways.Apparently, there are more than 900,000 Easytrip RFIDs and 600,000 Autosweep RFIDs that have been distributed since the DOTr issued Department Order No. 2020-012 back in August. While the transition hasn’t been all smooth-sailing, that’s still quite a lot of RFID stickers handed out over the course of a few months.

“MPTC also reported that as of November 2020, 66.4% of its tollway users are now equipped Easytrip RFIDs, which is a 15.9% increase from the month prior. These include motorists who pass through the North Luzon Expressway (NLEX), the Subic-Clark-Tarlac Expressway (SCTEX), the Manila-Cavite Expressway (Cavitex), and the Cavite-Laguna Expressway (CALAX).

“Meanwhile, SMC shared that its RFID usage rate is now at 77% of its total toll users. Before the pandemic hit and lockdowns ensued, the company said this was just at 46%. These are for motorists who use the South Luzon Expressway (SLEX), the Tarlac–Pangasinan–La Union Expressway (TPLEX), the STAR Tollway, and the NAIA Expressway (NAIAX).”

Angkas is officially back on the road

“The DOTr has issued Angkas a Provisional Authority to Operate under the extended motorcycle-taxi pilot run.

“According to a press statement, the development is ‘pending confirmation of compliance to pending operational requirements’ set by the National Task Force for COVID-19 (NTF) and the DOTr’s technical working group (TWG). These requirements include rider and passenger insurance in case of accidents, and the mandatory use of thermal scanners for fever detection. The latter is still up for discussion with the NTF.

“On November 23, the DOTr noted two items that Angkas needed to comply with immediately upon inspection of the company’s facility over the weekend: Riders must have a thermal scanner or completed health declaration forms for both rider and passenger, and they must undergo background checks to ensure good behavior during the last round of the pilot run.

“The TWG said the provisional authority will be valid until December 9, 2020: ‘Once Angkas is able to fully comply with the requirements, a Certificate of Compliance shall be issued to them by the MC Taxi TWG.’

“The TWG was scheduled to inspect JoyRide’s training facility the past week, while Move It had yet to request for an appointment at the time of this writing, the DOTr said.”

An elevated section of the EDSA Busway is being planned

“The Metropolitan Manila Development Authority (MMDA) has just revealed that it is looking into building a bus-only flyover along EDSA to improve traffic flow. This elevated portion of the EDSA Busway will be built specifically between Balintawak and Quezon Avenue, according to MMDA spokesperson Celine Pialago.

“The new flyover will then allow the reopening of the Congressional Avenue U-turn slot that the MMDA closed back in September. In addition to this, the agency is also looking into reopening the North Avenue U-turn slot according to agency general manager Jojo Garcia in a report by The Philippine Star.

“The agency has yet to confirm when the elevated EDSA Busway section will be built, nor has it given a timeline on when the specific U-turn slots will be reopened.”

Three-wheelers and quadricycles finally get their own LTO classification

“Until now, the LTO had listed three-wheelers and quadricycles under the motorcycle category simply because they are often propelled by a motorbike engine. In recent years, these vehicles have grown in number, primarily for shuttle and light cargo purposes. This prompted Trimotors Technology Corporation, the local manufacturer and importer of the Bajaj RE three-wheelers, to formally request the LTO to come up with a separate category for more appropriate documentation in the registration process. This also allows owners to avail of insurance policies to cover not only their vehicles, but their riders and passengers as well.

“It took three years for the categorization of these multi-role vehicles to become a reality. Bajaj even provided the LTO with some demo units of its three-wheelers to prove their roadworthiness.

“‘It is indeed a breakthrough, not only for Trimotors, but the three-wheeler industry which marks history in the landscape of Philippine transportation,’ Trimotors told us.

Under Galvante’s directive, these vehicles will enjoy a three-year registration validity upon purchase. After that, a yearly renewal will be required, as is the case with four-wheeled motor vehicles.

“However, there is a catch: ‘Considering that specifications of these types of vehicles have advanced through time, operation of these vehicles along secondary national highways may be allowed if there is no alternative route designated by local government units (LGUs) and shall take most the outer lane or the rightmost portion of the road,’ the memorandum said.

“‘In addition, with respect to the powers of the LGUs in relation to traffic management, they may prohibit or allow the operation of these vehicles along roads within their jurisdiction.” 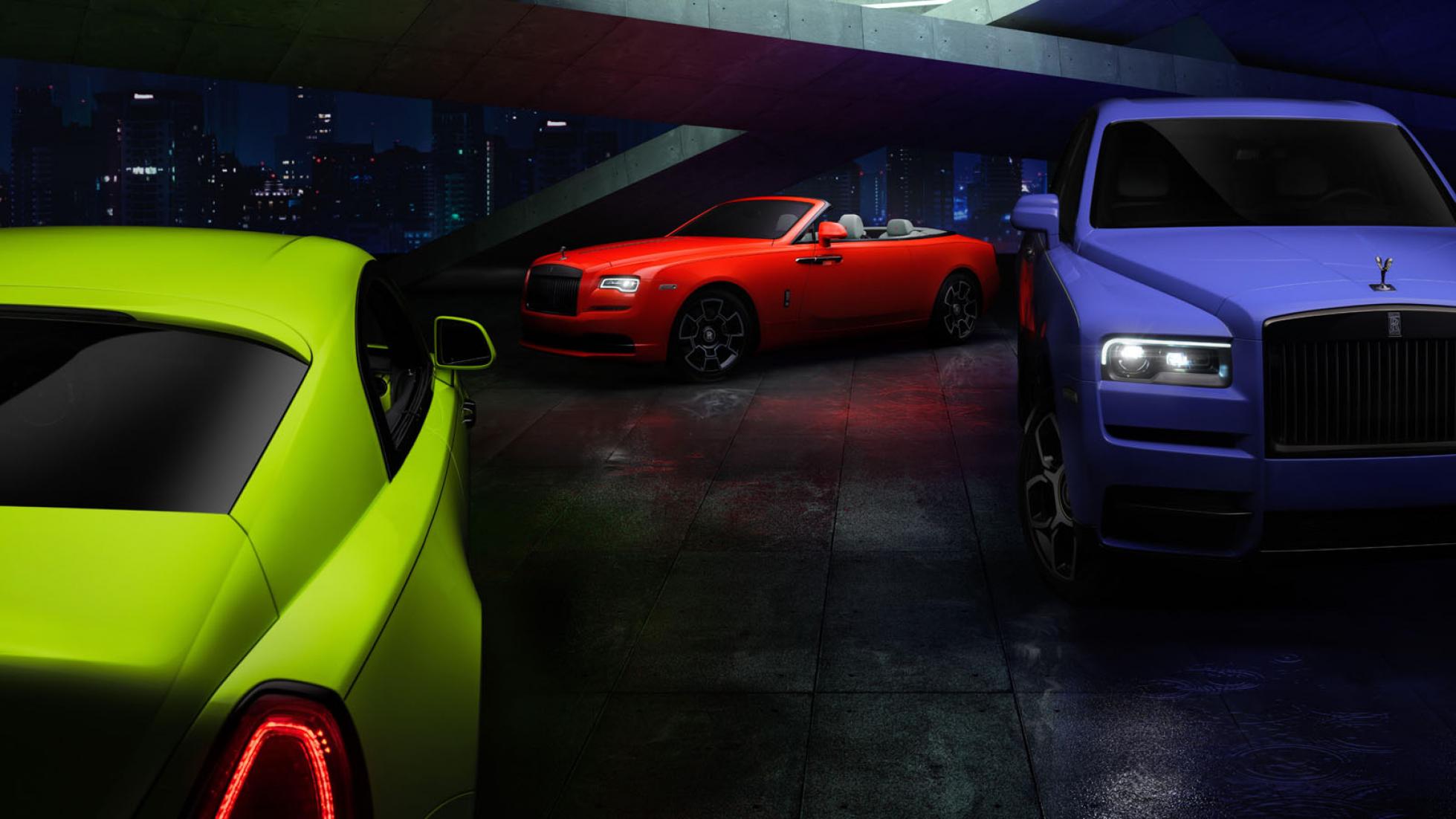 This color-blocking trio is Rolls-Royce’s ‘Neon Nights’ cars
View other articles about:
Recommended Videos
Read the Story →
This article originally appeared on Topgear.com. Minor edits have been made by the TopGear.com.ph editors.
Share:
Retake this Poll
Quiz Results
Share:
Take this Quiz Again
TGP Rating:
/20