“The number coding scheme will remain suspended in Metro Manila for the month of July. This news from the Metropolitan Manila Development Authority (MMDA) comes as authorities announce the nation’s capital will remain under general community quarantine (GCQ) ‘with some restrictions’ this month.

“Again, keep in mind that the number-coding suspension does not apply across the entire capital region—Makati City has announced no changes to the implementation of its modified number coding scheme.”

“A new 2km road connecting the Mindanao Avenue toll plaza of the North Luzon Expressway (NLEX) to Quirino Highway in Novaliches, Quezon City, is in the works. The NLEX Corporation has announced that the construction of this new expressway section—which will also provide an alternate route to commercial vehicles, such as trucks and vans, headed to the ports of Manila—is set to begin in the second half of the year.

“This project is part of the 11.5km NLEX–C5 Link project that connects the expressway to major thoroughfares in Quezon City. It is expected to cater to 45,000 motorists daily, and cut travel time between Mindanao Avenue and Commonwealth Avenue from 45 minutes to just 10 minutes. 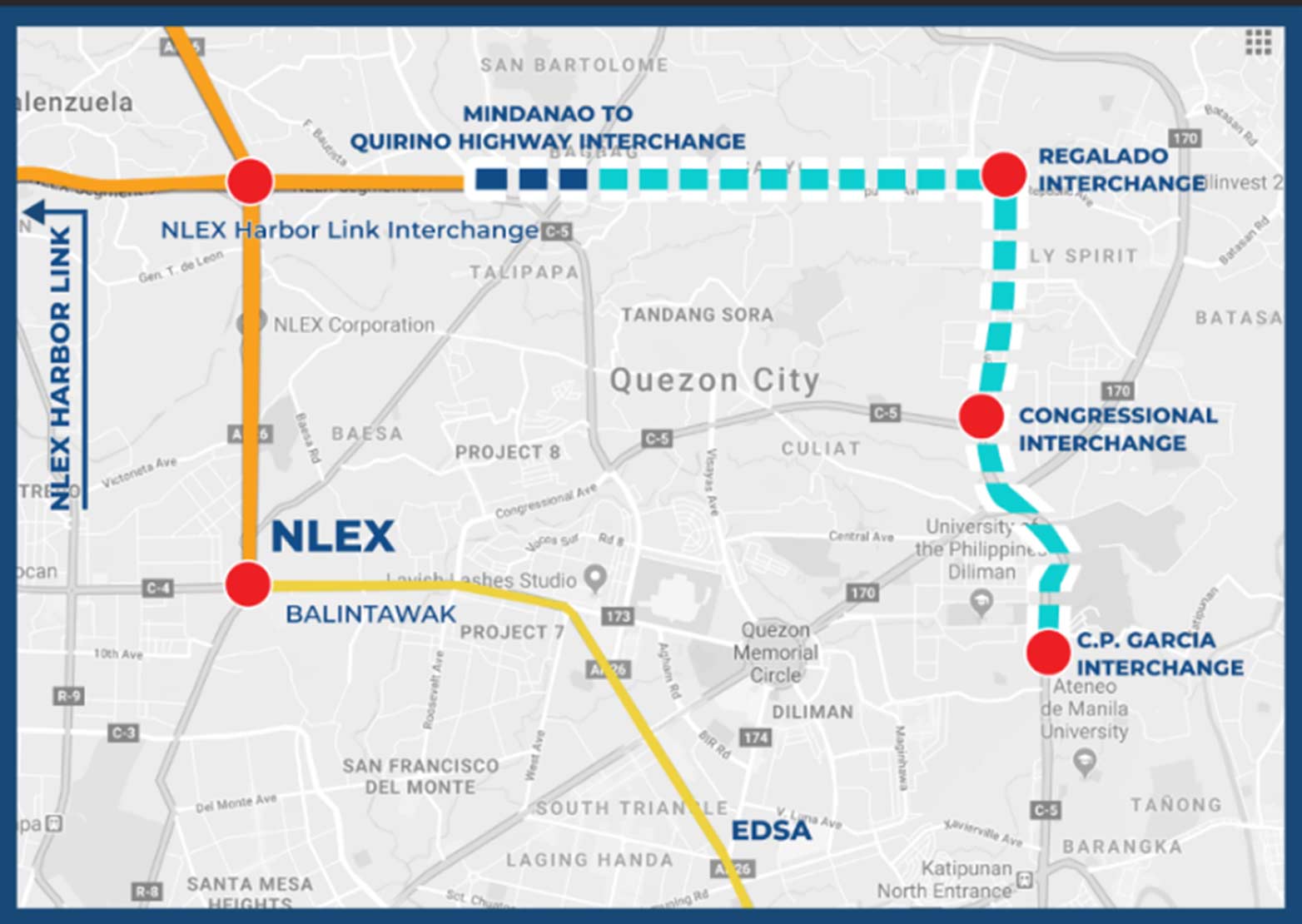 “‘Eventually, this section will be integrated into the future NLEX expansion to C5/CP Garcia near Katipunan Avenue,’ said NLEX Corporation president J. Luigi Bautista. ‘We foresee an interconnected tollway network that will be accessible to the west, east, north, and south sides of Metro Manila.’”

“MMDA traffic chief Bong Nebrija has a message for riders who obstruct traffic while taking shelter from the rain: You’re endangering yourselves.

“We’ve already tackled the dos and don’ts of riding in the rain in a previous article. You can read why taking shelter under overpasses during downpours is ill-advised here.”

The Manila Metropolitan Theater is no longer an eyesore among commuters

“The Manila Metropolitan Theater, with its beautiful art deco structure, is one of the city’s most recognizable landmarks—at par with the likes of the Manila Post Office and the National Museum.

“The National Commission for Culture and the Arts (NCCA) has been rehabilitating the structure over the past couple of years, and now it’s nearly been restored to its former glory. Recently, members of the media were invited inside the newly renovated facility for a quick tour of the building ahead of the city’s 450th founding anniversary celebrations. The theater hall itself now looks like it can gigs again—which it did when SB19 and Ben&Ben shot a music video for MAPA at the venue.

“Perhaps more important for commuters, the structure’s eye-catching facade, which features some colorful stained glass, has been restored, too. This should be a welcome sight during a trip home after a long day provided the local government can find a way to keep it partially lit up at night. It should also be easier to walk by it now that the building no longer looks like a serial killer is hiding inside it.”

“Did you pass by EDSA last week? Chances are, you might have seen these #BrakeForAnimals and #BeKindToAllAnimals billboards all across the major thoroughfare.

“These materials are part of a campaign spearheaded by a non-profit organization PAWSsion Project. The organization has partnered with various agencies and corporations including the MMDA, Jag Jeans, and City Advertising Ventures Corporation to spread these reminders along EDSA.

“PAWSsion Project shared some footage and photos on social media. The post read: ‘May this continuously remind drivers and motorists to drive safely, both for their welfare and that of the strays. May this inspire each and every one of us to practice kindness to the voiceless animals, may it be in your little ways of feeding them, changing your eating habits and lifestyle, and most importantly by being responsible pet owners and rescuers ourselves. May this encourage more people to adopt and foster.’”

The Estrella-Pantaleon Bridge is set for a July opening

“The Estrella-Pantaleon Bridge, also known as the Rockwell Bridge, is now entering its final phase of construction and will open sometime in July. According to Department of Public Works and Highways (DPWH) head Mark Villar, the project will meet its adjusted deadline barring extreme weather.

“In the coming weeks, the agency will begin tackling the bridge’s approach road and other miscellaneous works. Once it’s completed, the new piece of infrastructure will connect Estrella Street in Makati City to Barangka Drive in Mandaluyong.”

PUVs must give way to cyclists and pedestrians, says the LTFRB

“In a Facebook post, the Land Transportation Franchising and Regulatory Board shared the contents of its Driver’s Academy Module on Active Transport, reminding public utility vehicle (PUV) drivers to be disciplined and careful when operating on public roads. In it, the LTFRB stresses that bicycles, pedestrians, as well as users of personal mobility devices (PMD) and light mobility vehicles (LMV), are given ‘priority passage.’

“According to the LTFRB, PUVs are also prohibited from loading, unloading, and parking on bike lanes, and that PUVs are required to give at least one meter of clearance when passing cyclists or LMV/PMD users. Drivers are also reminded to take care when opening doors as cyclists of LMV/PMD users may be approaching from behind, and to pay attention to their vehicle’s blind spots.

“PSBank clients can rest easy when it comes to how much load is inside their RFIDs. Why? Because the bank’s mobile app allows for instant reloading of Autosweep and Easytrip accounts.

“If your smartphone is equipped with the PSBank Mobile app, you can use its toll RFID reload feature to top up your Autosweep and Easytrip RFID accounts. Here’s how:

“There’s a catch here, though: A P10 fee will be deducted from your PSBank account for each reload. Make that fee worth it.”

The completion of the Binondo-Intramuros Bridge has been pushed back

“The Department of Public Works and Highways (DPWH) says it is eyeing the ‘substantial completion’ of the Binondo-Intramuros Bridge by December 2021. You may recall that in February, the agency said that the bridge will be completed by September this year. For more context, construction was at 50% completion back in February, and now it’s at 70%.

“Currently, the DPWH is working on the construction of the access ramps of the bridge. There will be a 298-meter ramp at the Binondo side of the bridge along Muelle dela Industria Street, while the Intramuros side will have a 191-meter up-ramp along Magallanes/Riverside Drive and a 164-meter down-ramp along Solana Street.

“The project is part of the Metro Manila Logistics Improvement Program. Once completed, this China-funded bridge will connect the two major districts in Manila and is expected to serve around 30,000 vehicles per day. It will also supposedly help preserve the existing Jones, Delpan, and MacArthur Bridges by redirecting and ultimately reducing traffic in those areas.

“The Land Transportation Office (LTO) will need P2.5 billion to finish manufacturing the remaining 18 million motorcycle plates in its backlog until mid-2022.

“According to Galvante, the lack of machinery caused the delay. The equipment, which will be installed by engineers from Germany and the Netherlands, has yet to be delivered due to the COVID-induced restrictions. Because of this, the LTO is also looking at the possibility of outsourcing the printing of roughly 10 million motorcycle plates for units registered in 2017 and earlier.

“Around three million plates have already been issued locally.

“In April, the agency suspended its license-plate production due to suspected COVID-19 cases in the facility. Back then, Galvante stressed that they will not sacrifice the safety of their employees just to proceed with plate-making.”

The Department of Transportation has also clarified that the funds needed to outsource the printing of plates will not be passed on to motorists.

Free rides for APORs have been temporarily suspended

“On July 1, the DOTr stopped implementing the Libreng Sakay Program for authorized persons outside of residence (APORs). Also suspended was the agency’s Service Contracting program, which means drivers and operators of public utility vehicles will no longer receive compensation from the government until further notice.

“According to the DOTr’s joint statement with the LTFRB, the program was being funded by the Bayanihan to Recover as One Act, which expired on June 30. The agencies, however, say they are doing what needs to be done in order to continue the program.

“You can read the full statement here.”

The Red Cross is deploying buses for mobile vaccination

“With the help of UBE Express, the Philippine Red Cross (PRC) is now using buses as mobile vaccination sites that will drive around administering jabs to at-risk individuals below the poverty line. These same units were actually already used to vaccinate more than a million people against polio and measles-rubella in the country.

“The buses come equipped with customized interiors as well as mobile refrigerator units and vaccine cabinets. The PRC says these vehicles will bring vaccines right to people’s homes.”

“The DOTr has some good news for commuters who plan on taking the LRT-2 East Extension when it opens next Monday: Free rides for the first two weeks.

“In a statement, Tugade said that the project’s completion will have a drastic impact on commuters’ lives—especially for students who rely on the train line to get to Manila’s University Belt.

“Commuting via the extension won’t immediately be straightforward, though. When passengers begin using the LRT-2 East Extension on Monday, July 4, they must board at the Antipolo Station or the Marikina-Pasig Station and alight at the Santolan Station. From there, they must transfer to a separate train that will go all the way to Recto Station. Keep this in mind if you’re taking the train this week.

“Once the LRT-2 East Extension is fully operational, it’s expected to cut the travel time from CM Recto to Antipolo from three hours (via bus and jeep) to 30-40 minutes.” 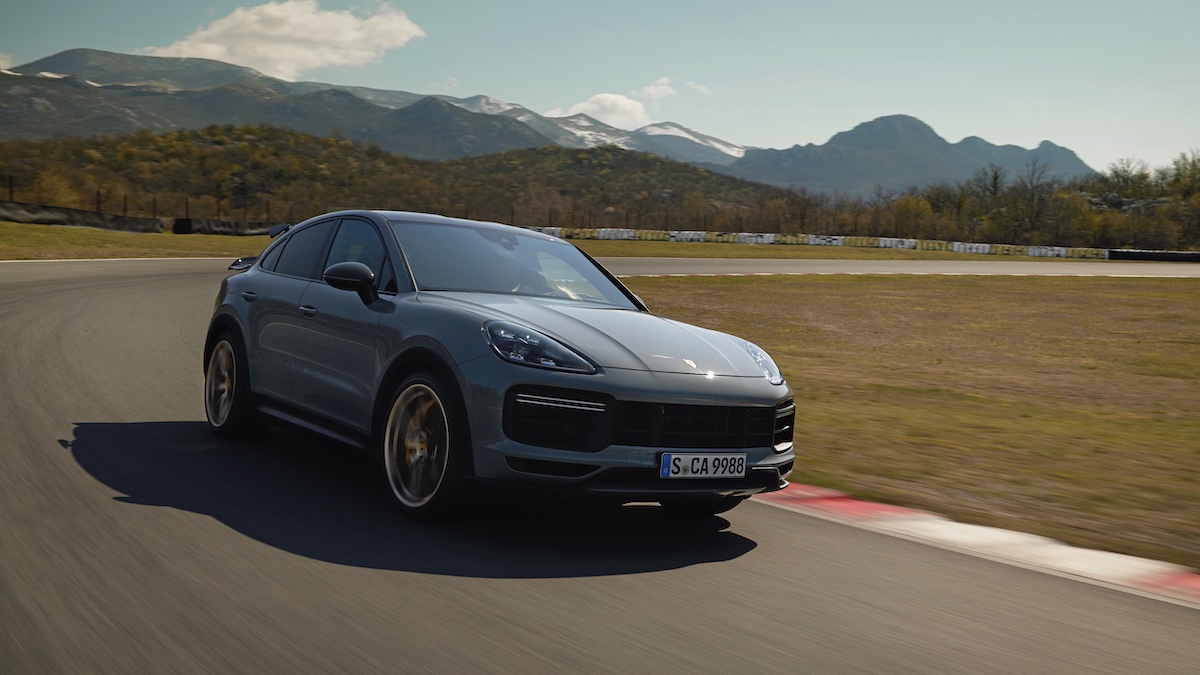 With the 631hp Cayenne Turbo GT, Porsche reasserts its mastery of the super-SUV genre
View other articles about:
Read the Story →
This article originally appeared on Topgear.com. Minor edits have been made by the TopGear.com.ph editors.
Share:
Retake this Poll
Quiz Results
Share:
Take this Quiz Again
TGP Rating:
/20