Check out updates on PUJ routes and new LTO requirements, too
by TopGear.com.ph | Jul 5, 2020

“Before, tollway operators made use of DSRC tags for electronic toll collection. But with the advent of RFID technology, major expressways started replacing bulky physical tags with the stickers we normally see today.

“These days, only a few tollways like the North Luzon Expressway (NLEX) and the Subic-Clark-Tarlac Expressway (SCTEX) still use the old DSRC tags. That will soon change, though, as the Easytrip Services Corporation has announced that it will be phasing out its old Easytrip tags on September 30, 2020.

“This means that those of you who are still using those old tags should convert to the new RFID stickers pretty soon. As for the remaining balance in your old account, you can have this transferred to a new account at any NLEX Customer Service Center or Easytrip station.”

“We reported a while back that the Land Transportation Office (LTO) will soon be adding a 15-hour Theoretical Driving Course as a requirement for acquiring a student-driver permit. The original schedule for implementing this measure didn’t push through, however, when the COVID-19 pandemic brought the agency’s operations to a halt.

“But now, as government offices slowly resume their activities, it looks like the LTO will finally be able to see its plans through. According to an Inquirer.net report, LTO chief Edgar Galvante has announced that the agency will be suspending the issuance of student-driver permits starting July 1. It will resume the service on August 3, and the 15-hour lecture requirement for student-driver applicants will take effect by then.

“The Department of Transportation (DOTr) shared photos of completed bus stops along the EDSA Busway on social media a week ago, showing off new steel railings and roofing as well as proper signage. The agency also says crossings and pathways leading to the stops will be reachable to everyone and will complement accessibility options provided by EDSA’s MRT-3 stations.

“‘The EDSA Busways are dedicated and controlled lanes exclusively for accredited public utility buses,’ the DOTr said in its post. ‘These are protected from disruption of other vehicles, which then guarantees the safety of the bus drivers and passengers, and minimizes traffic congestion and delays, thus making public transport safe, reliable, and efficient.’

“There’s just one thing we’re kind of worried about: Buses will now open their doors on the side of traffic since local units are designed to ply the outermost lanes. If authorities do a good-enough job of keeping traffic away from the stops, however, this shouldn’t pose as too much of a problem.”

Cashless is the way to go on tollways

The NLEX Corporation is upgrading its radio frequency identification (RFID) systems to comply with the DOTr’s campaign to speed up the adoption of cashless transactions on our country’s expressways. In a statement, the company says the move is also meant to help convince drivers to get with the program, too.

“Some of the upgrades being made at NLEX tollways include the realignment and relocation of RFID antennas and sensors to increase their read range. The ‘advanced reading’ project will increase the number of RFID lanes along its expressways from only 15 to 72 come July 2020.

“The company is also replacing its status lane indicators for improved nighttime readability, as well as upgrading its toll collection system and servers to speed up the cashless experience.”

No RFID tags on your car? Here’s where you need to go

“In a statement, the NLEX Corporation said that it has opened RFID lane installation and reloading sites at the following toll plazas:

“In addition to these, installation and reloading at the following rest and gas stations have reopened:

“The installation and reloading lanes and sites will be open Monday to Saturday from 8am to 5pm. While the RFID stickers themselves are free of charge, motorists will be required to load a minimum amount upon installation. Check out the minimum load amounts per class of vehicle below:

“‘We recognize the significant role of digital technology in enhancing customer experience and preventing the spread of COVID-19. Aside from promoting safety, the improvements in RFID would translate to faster and more convenient electronic transactions in our expressway network,’ said J. Luigi Bautista, NLEX Corporation president. ‘Rest assured that our teams will strive harder to keep on providing the best service for our customers.’”

“The LTO has announced that beginning August 3, all its offices will be requiring driving course completion certificates for applications for student-driver permits, new driver’s licenses, and additional restriction codes. These certificates may only be issued by LTO-accredited driving schools, authorized instructors and administrators, and Driver Education Centers (DECs) in LTO offices.

“The TDC certificates will be required from applicants applying for new student-driver permits, including foreigners as well as those with expired permits. To acquire this, the applicant must complete the necessary 15-hour course.

“Meanwhile, PDC certificates will be required from individuals applying for a new driver’s license, whether professional or non-professional, if their student-driver permits were issued from August 3 onwards. To acquire these PDC certificates, license holders must complete at least eight hours of practical driving lessons.”

“According to Land Transportation Franchising and Regulatory Board (LTFRB) Memorandum Circular No. 2020-026, public utility jeepneys (PUJ) that ply certain routes will be allowed to resume operations on July 3 with no special permits necessary. The only requirements are that the PUJ must be currently registered roadworthy with the LTFRB, and must have a valid personal passenger insurance policy. The agency will then issue specific QR codes that must be printed and displayed on the qualified vehicles. Operators may download these codes via the LTFRB website.

“The LTFRB has also clarified that no fare adjustments shall be applied without prior approval, so the existing fare of P9 for the first 4km and P1.50 for each succeeding kilometer must be followed. Operators and drivers must also comply with the safety guidelines that the government has laid down particularly for PUV operations, which you can read here.

“In addition, PUJ drivers must distribute ‘Passenger Contact Forms’ and have these accomplished by their passengers prior to alighting the vehicle. A drop box inside the vehicle must be provided for collection purposes, and operators must collate and file these forms as needed. The data collected will be used to facilitate contact tracing, a system that we first heard of several weeks back.”

“The Department of Public Works and Highways (DPWH) and the NLEX Corporation announced the opening of the NLEX Tambobong Interchange in Bocaue on July 2.

“The project between Bocaue and other eastern parts of Bulacan will try to alleviate traffic in the area, and will be an alternative for commuters using the Bocaue Interchange who are bound for Santa Maria, Angat, and Pandi in eastern Bulacan. Motorists who will use this interchange will enjoy a two-lane southbound entry, a two-lane northbound entry, and a three-lane northbound exit. It also has exclusive RFID lanes for faster cashless transactions.

“‘We are delighted to let our commuters know that we are able to provide traffic congestion relief and reduce travel time between NLEX and eastern Bulacan towns,’ said DPWH secretary Mark Villar.”

The LTO has postponed the implementation of the ‘doble plaka’ law

“LTO assistant secretary Edgar Galvante has ordered all LTO officials and employees to defer the implementation of Republic Act No. 11235, otherwise known as the Motorcycle Crime Prevention Act.

In a memorandum dated July 1, 2020, Galvante cited two reasons for suspending the implementation of the controversial law: the unavailability of plates and decals for motorcycles, and the prevailing COVID-19 crisis, which is affecting the daily operations of the agency.

“Galvante also extended the deadline for owners of newly acquired motorcycles to report the sale or disposition of a unit from three days to 60 days. The same extended time frame is being accorded for updating a bike’s registration, specifically the transfer of ownership, at LTO branches. Under RA 11235, riders are given only five days to update their documents.”

“After 127 depot employees and rail workers tested positive for COVID-19, the MRT-3 could see a reduced number of operational trains beginning Monday, July 6. Currently, some 16 to 19 trains are deployed daily, with each accommodating a maximum of 153 passengers at a time. That number could go down to just 10 to 12 units per day.

“In an interview with CNN Philippines, MRT-3 director of operations Michael Capati said that with 16 to 19 operational trains, the headway or waiting time between train arrivals is six to seven minutes. Should there be just 10 to 12 units operating, the headway will be eight to nine minutes.

DOTr and MRT-3 officials also stressed that the COVID-positive personnel had not been in direct contact with passengers of the rail line. Of the 127 employees that are confirmed to have contracted the coronavirus, 124 are Sumitomo-MHI-TESPI depot personnel, while three are MRT-3 rail workers. In total, the MRT-3 has around 1,700 depot employees. All have undergone swab testing, Capati said during a media briefing, with the results of 57 employees still pending. Station personnel have also completed rapid testing, and are now undergoing swab testing by batches.

“If the MRT-3’s operational capacity does end up being reduced, the officials assured that an additional 150 buses provided by the DOTr, the LTFRB, and the Metropolitan Manila Development Authority (MMDA) will be available to service passengers. This is in addition to the 60 to 90 buses operated by the MRT-3 under its bus augmentation program.”

Quezon City now has its own mobile COVID-19 test lab

“While Filipinos still wait for a mass-testing strategy from the national government, local government units are stepping up in expanding their testing capabilities. Quezon City, for example, unveiled its own mobile community-testing unit on June 29.

“The unit is sponsored by the Quezon City chapter of the Philippine Chamber of Commerce and Industry, and will be managed by the Quezon City Epidemiology and Surveillance Unit. It features a power generator, a laboratory, and a self-decontamination area. The truck, which will be manned by three to five people at a time, can facilitate both rapid antibody testing and RT-PCR testing.

“Quezon City is also beefing up its strategy for contact tracing and isolation by hiring more than 300 healthcare workers and preparing additional quarantine facilities.” 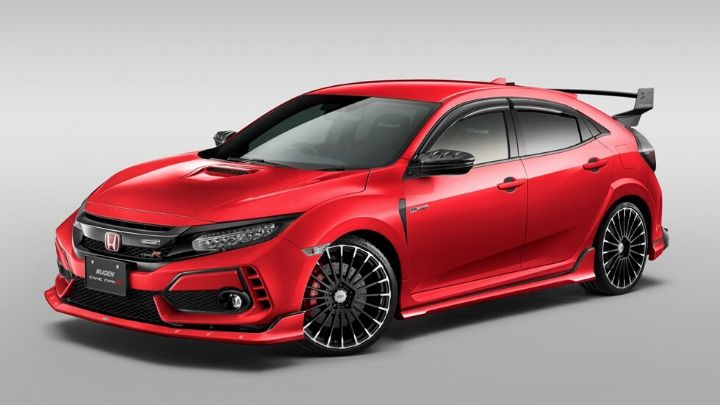