So, another video of alleged SUA has surfaced, but is the report accurate?

Don't believe everything you see on TV
by Niky Tamayo | Feb 18, 2016
CAR BRANDS IN THIS ARTICLE

Another video has emerged detailing an alleged sudden unintended acceleration incident caught on camera. The TV news reporter covering the incident has presented it as ironclad proof of a mechanical malfunction, stating that the brake lights were on in the video, and the vehicle left brake marks after the crash.

But is this really what we are seeing?

It's interesting to look at the similarities between this incident and others, and what we can learn about SUA.

First off, the driver, a retired general, claims that he was surprised to find the vehicle going backward after putting it in "Drive". This indicates a possibility that he believed he was starting the vehicle from Neutral, which is something you should not do.

But after the first hit, it's puzzling that he would put the vehicle in "Drive" afterward. If he voluntarily pushed it down into "Drive", that indicates more confusion on his part, because if you believe you are already in "Drive", why push the lever down instead of backing up?

Thirdly, what the report claims to be tire marks left by the brakes are emphatically not. ABS does not allow the tires to slide that much without unlocking the brakes (which would cause a stutter-pattern), and even without active ABS, tire marks left by braking are much lighter in color and depth. The depth and color of the marks indicate that they are burnout marks left by the rear tires spinning while the Montero was pushing the pickup it collided with. Further evidence for this conclusion are the small mounds of rubber around the marks, which will not be found around brake marks, but around burnout marks.

A burnout is precisely what we see when we notice the big cloud of white smoke--over-revving diesels typically produce black smoke--behind the Montero Sport in question. Though it is still possible some of that comes from the engine.

Consider us unconvinced. While we are open to the possibility of alternate explanations, the evidence still points to driver error in this case. 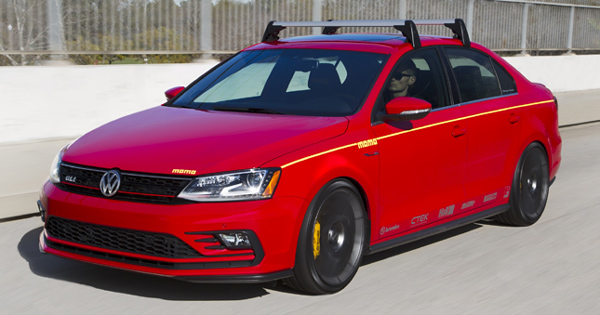 Volkswagen Jetta gets the complete Momo treatment
View other articles about:
Read the Story →
This article originally appeared on Topgear.com. Minor edits have been made by the TopGear.com.ph editors.
Share:
Retake this Poll
Quiz Results
Share:
Take this Quiz Again
TGP Rating:
/20