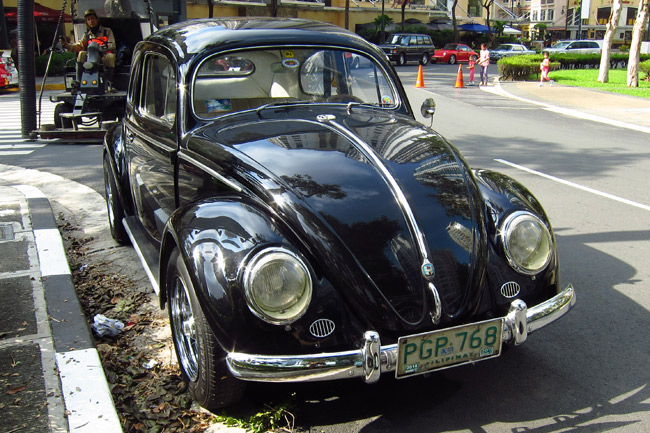 The state of pollution in Metro Manila is worsening every day. The Department of Environment and Natural Resources believes drastic measures are needed to curb the rapid deterioration of air quality, and to reduce the metropolis's carbon footprint.

DENR secretary Ramon Paje said that around 70-80% of air pollution in Metro Manila comes from vehicular emissions, with the remaining 20-30% coming from industrial emissions.

"Clearly, the key to improving Metro Manila's air quality is by addressing the biggest source of pollution, which is motor vehicles," the DENR secretary pointed out. "We are therefore proposing an early implementation of the Euro 4 standards for automobile fuels and the scrapping of older high-polluting vehicles."

Actually, there is already an order issued by the DENR to implement the Euro 4 standard by January 1, 2016. Currently, the government only insists on Euro 2 compliance. Paje's proposal is to move that deadline six months earlier, to June 2015.

In line with this move, Paje also urged the Department of Transportation and Communications to phase out vehicles that have been operating for 15 years or more, to reduce the automobiles on Metro Manila streets. If this is implemented this year, this means car models 1999 and older will be banned from our streets.

As an alternative, Paje also proposed that these older vehicles be prohibited from plying major thoroughfares that experience major traffic. His reasoning behind this is that heavy traffic equals more idle time on the road, and this leads to more emissions.

Of course, this is a multifaceted issue. All fuel companies also have to get on-board and offer Euro 4. The good news is that most of the big petroleum players as well as the major independent companies are already offering Euro 4 fuels.

So, do you believe in the DENR’s proposal?

McLaren comes out with very 1st model aimed at Asian market
View other articles about:
Recommended Videos
Read the Story →
This article originally appeared on Topgear.com. Minor edits have been made by the TopGear.com.ph editors.
Share:
Retake this Poll
Quiz Results
Share:
Take this Quiz Again
TGP Rating:
/20