On its 50th anniversary in PH, we recall Mitsubishi's milestones

Are you old enough to remember?
Feb 21, 2013
CAR BRANDS IN THIS ARTICLE 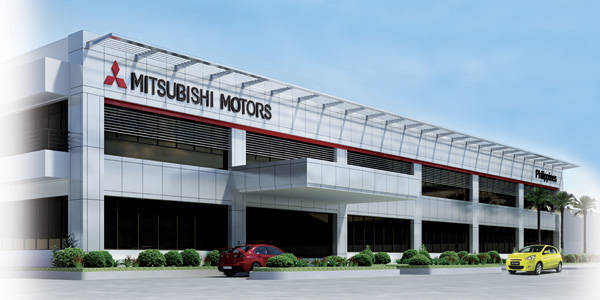 Yesterday, February 20, Mitsubishi Motors Philippines Corporation marked its 50th anniversary in the Philippines. The company--which is currently the second biggest automaker in the country in terms of sales--celebrated the milestone with a formal ceremony at Raffles/Fairmont Hotel last February 18. In honor of this momentous occasion, we take a look back at the key events in MMPC's 50-year history.

February 1963: The company is incorporated as Chrysler Philippines Corporation (CPC).

February 1974: The company signs a Manufacturing Patent and Technical Assistance Agreement with MMC.

April 1985: Nissho Iwai Corporation (NIC) and MMC acquire 100% ownership of CARCO. The entire manufacturing operations are then consolidated at the Cainta plant.

January 1987: The Philippines Automotive Manufacturing Corporation (PAMCOR) is incorporated by MMC and NIC with an authorized capital of P300 million, formally taking over the operations and business activities of CARCO.

February 1995: PAMCOR is named one of Asia’s top five companies for Product Quality and Service by the Far Eastern Economic Review.

April 1996: NIC agrees to sell 1% of its share to MMC, making the latter the major shareholder.

April 1997: MMPC stages a first-of-its-kind motor show in the country, the "Mitsubishi Motor World," showcasing the Japanese brand's past, present and future vehicles.

January 1998: The Mitsubishi Adventure is launched.

January 1999: Mitsubishi regains No. 1 position in the Philippine automotive industry in terms of sales.

February 1999: MMPC is awarded by SGS International Certification Services of Canada with the ISO 9001 certification for product quality.

October 2002: For having the best customer service, MMPC wins the Delight Award, the highest award given by MMC in its "CS Promotion Idea Contest" participated in by all Mitsubishi distributors worldwide.

March 2006: MMPC celebrates production of the 50,000th Adventure unit since the model's introduction in 1998.

December 2009: MMPC achieves 500,000-unit cumulative production since starting assembly operation in 1964. The milestone coincides with the introduction of the Lancer EX.

McLaren reveals P1's powertrain
View other articles about:
Read the Story →
This article originally appeared on Topgear.com. Minor edits have been made by the TopGear.com.ph editors.
Share:
Retake this Poll
Quiz Results
Share:
Take this Quiz Again
TGP Rating:
/20