In a collision, passengers riding a smaller car are at higher risks compared to those riding a bigger vehicle, the U.S.-based Insurance Institute for Highway Safety (IIHS) said.

The IIHS crashed a Toyota Yaris into a Toyota Camry, a Smart Fortwo into a Mercedes C class, and a Honda Fit into a Honda Accord at 40mph for its latest car testing. The car manufacturers - Toyota, Daimler and Honda - were chosen as they offer micro and mini models which rated well in frontal crashworthiness against a deformable barrier.

"Reflecting Newton's laws of motion, the results confirm that bigger, heavier cars are safer. Some minicars earn higher crashworthiness ratings than others, but as a group, these cars generally can't protect people in crashes as well as bigger, heavier models," the latest IIHS Status Report said.

Aside from being heavier, bigger cars also tend to have longer hoods which allow for more space between the passengers inside a car cabin and the front of the car involved in a collision.

Car companies have long been manufacturing smaller vehicles which are more affordable and more fuel efficient for motorists.

But all hope is not lost for small cars, the IIHS said.

U.S. President Barack Obama said starting 2011, the fuel economy standard in the States will be pegged on a size-based system similar to that currently applied to the standards on pickups, vans, and sport-utility vehicles.

"This system will mandate lower fuel consumption as cars get smaller and lighter, thus removing the incentive for automakers to downsize their lightest vehicles to comply," the IIHS said.

It added that lower speed limits may also be implemented to help consumers burn less fuel while driving. 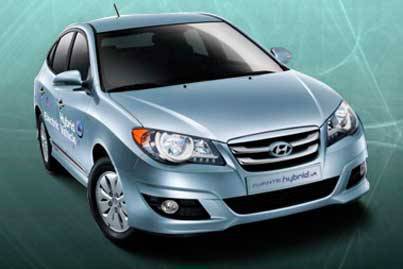 Hyundai launches LPG hybrid
View other articles about:
Read the Story →
This article originally appeared on Topgear.com. Minor edits have been made by the TopGear.com.ph editors.
Share:
Retake this Poll
Quiz Results
Share:
Take this Quiz Again
TGP Rating:
/20