Räikkönen to return to Formula 1 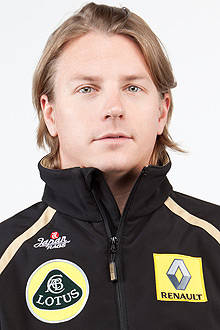 The worst-kept secret in Formula 1 is out: Kimi Räikkönen will be back on the grid in 2012. As an added surprise to Räikkönen's return, the Iceman is not going back to the teams he's been with in the past.  Instead, he will be returning to the pinnacle of single-seat racing with Lotus Renault GP.

"I'm delighted to be coming back to Formula 1 after a two-year break, and I'm grateful to Lotus Renault GP for offering me this opportunity," said Räikkönen in a statement. "My time in the World Rally Championship has been a useful stage in my career as a driver, but I can't deny the fact that my hunger for F1 has recently become overwhelming. It was an easy choice to return with Lotus Renault GP as I have been impressed by the scope of the team's ambition. Now I'm looking forward to playing an important role in pushing the team to the very front of the grid."

Räikkönen's return to Formula 1 comes after he signed a two-year contract with Lotus Renault GP. Though the team's performance this season means Räikkönen might be hard pressed to add to the 18 wins, 62 podium finishes and 16 pole positions he has accumulated in his Formula 1 career, Lotus Renault will be counting on his experience and success to help the team make a step forward next year.

"All year long, we kept saying that our team was at the start of a brand-new cycle. Backstage we've been working hard to build the foundations of a successful structure and to ensure that we would soon be able to fight at the highest level. Kimi's decision to come back to Formula 1 with us is the first step of several announcements, which should turn us into an even more serious contender in the future," said Gérard Lopez, chairman of Genii Capital, majority shareholder of Lotus Renault GP. "Of course, we are all looking forward to working with a world champion. On behalf of our staff, I'd like to welcome Kimi to Enstone, a setting that has always been known for its human approach to Formula 1."

It is unknown which driver will be saying goodbye to Lotus Renault--Vitaly Petrov or Bruno Senna. The team also has Robert Kubica waiting in the wings although he has said he is bound to miss the start of the 2012 season as he is still recuperating from the injuries he sustained in a rally accident last February.

Räikkönen's return in F1's 2012 season means there will be six world champions on the grid. Besides the Finn, there's Michael Schumacher, Fernando Alonso, Lewis Hamilton, Jenson Button and Sebastian Vettel.