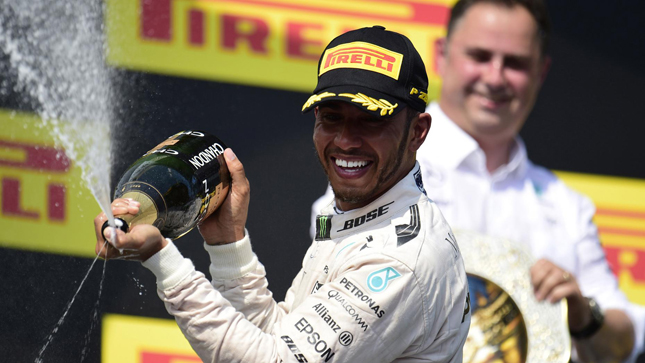 With 10 races left on the calendar, the driver standings shift toward the other Mercedes driver. It's the kind of situation that a racing team both relishes and worries about. Here are the highlights from the Hungarian Grand Prix.

1. Lewis Hamilton took the championship lead. Hamilton won the Hungarian GP for the fifth time in his career, after overtaking teammate Nico Rosberg in the first corner moments after lights-out, and never surrendered the lead en route to the checkered flag at the Hungaroring. But it wasn’t a straightforward race for Hamilton, who had to contend with constant pressure from the other Mercedes throughout, especially during a difficult second stint in which the Red Bull of Daniel Ricciardo closed to within touching distance. However, Rosberg was unable to mount a real challenge for the lead on a track where overtaking is incredibly hard, giving Hamilton his fifth victory in six races. The triple world champion now leads the drivers’ championship for the first time this season, with a six-point cushion over his teammate in what will surely be another two-horse race for the title.

2. Rosberg's pole lap divided opinion. Although Hamilton’s first-corner pass rendered it irrelevant, the post-qualifying talk was dominated by the controversy surrounding the lap that put Nico on pole in Q3. Hamilton had looked set to prevail on the drying Hungaroring circuit, but was forced to abort his final flying lap after encountering the stricken McLaren of Fernando Alonso, whose spin had resulted in yellow flags. However, the Spaniard was up and running again before Rosberg reached that part of the track, allowing the German driver to set the quickest time of the session having lifted briefly under double yellows. The stewards later decided that Rosberg had slowed sufficiently and that his lap time should stand, although not all of the drivers agreed. Unsurprisingly, Hamilton was among those who challenged the call... 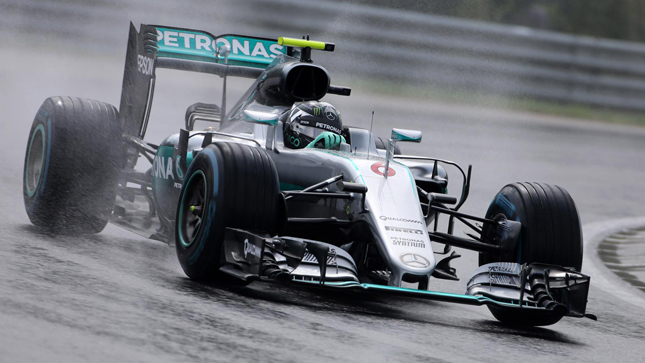 3. Qualifying was full of red flags. The first session of quali is normally 18 minutes long, but Q1 lasted nearly a full hour on Saturday after a series of heavy showers and accidents on track. Rain delayed the start of the session by 20 minutes, and was stopped for the first time just moments after it had started as conditions at the Hungaroring worsened. Thereafter, proceedings only resumed for minutes at a time as crashes involving Marcus Ericsson, Felipe Massa and Rio Haryanto caused further delays. The chaos ensured that virtually every driver topped the time sheet at one point or another, thanks to the rapidly drying track surface. Just imagine how impossible it would’ve been to follow if the ‘elimination’ format was still around. 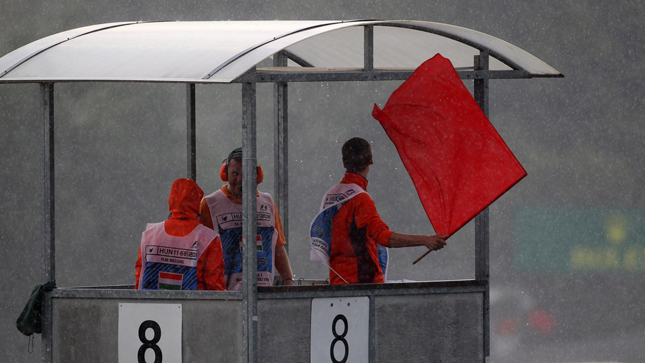 4. Kimi Raikkonen wasn't happy with Max Verstappen. Raikkonen was the major casualty in Q2 after the Finn was caught out by the changing conditions, forcing him to start from 14th on the grid. The Ferrari driver was able to fight back though, finding himself in yet another battle with Red Bull’s Verstappen following encounters at the Spanish and Austrian GPs. Once again, it was the teenager who prevailed to keep hold of fifth place, although the youngster was guilty of some debatable moves under braking to defend his position. Kimi claimed that Verstappen illegally moved twice across the circuit on more than one occasion, with the 36-year-old’s front wing sustaining damage after one close call. Needless to say, he wasn’t happy about it. 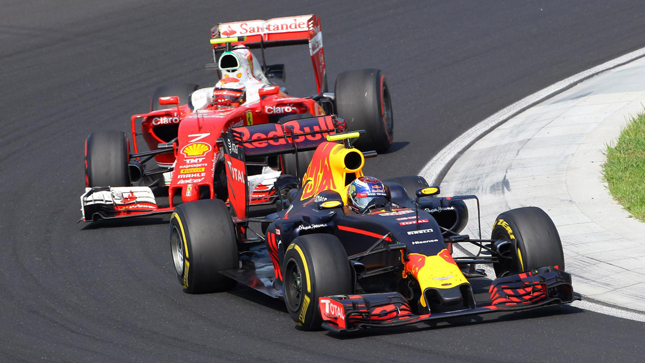 5. F1's radio rules are taking some heat. The rules dictating what information teams can give their drivers are being heavily criticized by those involved in the sport after further controversy in Hungary. Jenson Button was penalized with a drive-through penalty after his race engineer informed him of a setting change that would stop the 2009 champ’s brake pedal. “When your brake pedal goes to the floor, I think of that as a safety concern,” the McLaren driver told Autosport afterward. “I think it’s a joke really. Stopping an incident should be praised, not penalized.” It comes after Rosberg was handed a retrospective 10-second penalty at the last race in Silverstone for being told to shift through seventh gear in order to prevent a gearbox failure, a decision Sebastian Vettel later condemned with an expletive. No one wants to see excessive driver coaching, but do the current regulations go too far? 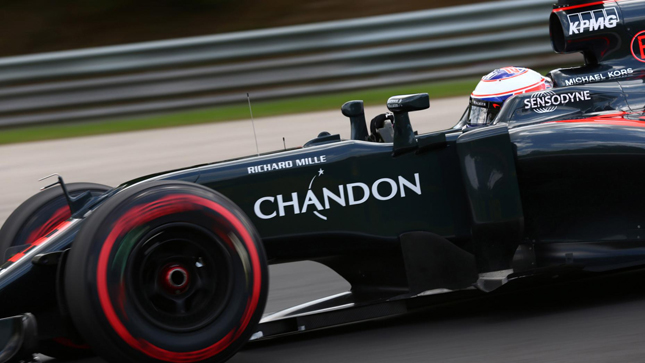 6. Jolyon Palmer missed a chance to score points. Pressure has been mounting on Renault’s Jolyon Palmer, with the 25-year-old still hunting for the first points of his F1 career heading into the grand prix in Hungary. That search goes on after a spin on Lap 49 cost him what appeared to be a comfortable 10th place, with the Briton eventually coming home in 12th. He said afterward: “It was the best drive of my career today, and just one small spin took away those points. I’m gutted.” Kevin Magnussen’s future at Renault appears to be safe for now having scored its only points of the season with a seventh-place finish in Russia, while 2015 GP3 champion Esteban Ocon is rumored to be in contention to replace Palmer next season. The rookie could really do with a good result soon to shore up his position with the Enstone team. 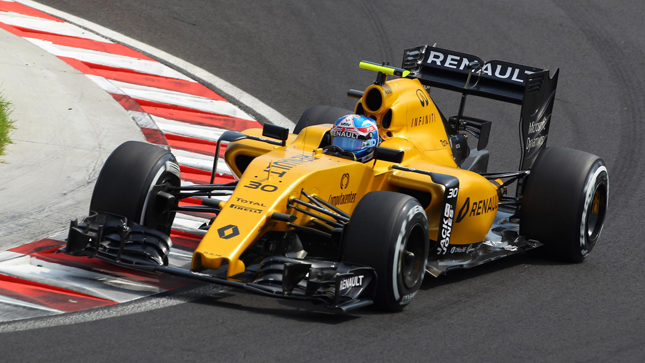 7. Daniil Kvyat still hasn't beaten his teammate. Another driver whose future is in doubt is Kvyat, with the young Russian struggling for results since his demotion to Toro Rosso prior to the Spanish GP back in May. Kvyat was a lowly 16th in Hungary, and has only scored two points following his surprise move from Red Bull to make way for Verstappen. Meanwhile, Carlos Sainz has scored points in six of the seven races since, and the Spaniard will definitely be on the grid in 2017 after the team confirmed that his contract had been extended by 12 months. With the likes of Pierre Gasly waiting in the wings in the Red Bull young driver program, Kvyat will need a huge turn in form to keep his place next season. 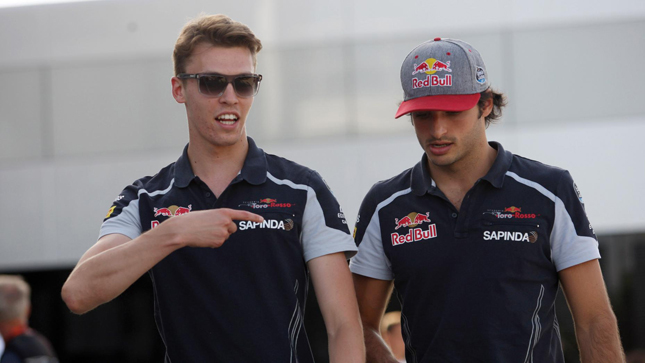 8. Was Hamilton rude toward Esteban Gutierrez? In the latter stages of the race, Hamilton was held up by the Haas of Gutierrez, which allowed Rosberg to close to within a second of the race leader. When the world champion eventually found a way through on the straight, he appeared to raise his middle finger in the Mexican’s direction, although he later dismissed it as merely a frustrated wave. Gutierrez was later given a five-second penalty for ignoring blue flags--a violation which he denied--and said that Hamilton had been “disrespectful.” Now, now, gentlemen. 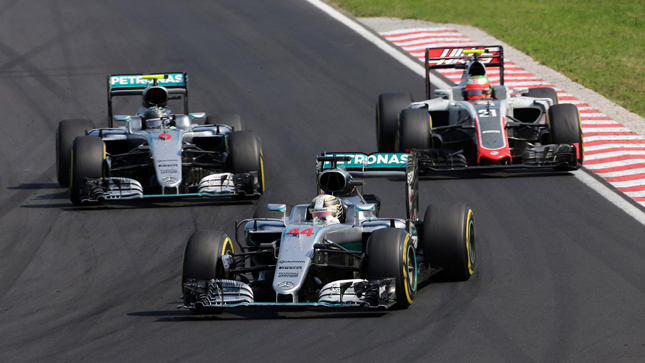 9. Force India made a pit-stop blunder. Prior to last weekend’s race, Red Bull was undeniably a firm favorite for the "pit-stop error of the year" award, following its calamity with Daniel Ricciardo at the Monaco GP, but Force India did its best to match it in Hungary. Sergio Perez was told to box on Lap 40, but lost a chunk of time after arriving at the garage with no tires ready for him. The former McLaren driver went on to finish outside the points, while Nico Hulkenberg secured 10th, having been behind his teammate prior to the incident. It later transpired that the pit-wall crew had failed to inform the mechanics that its man was coming in after telling Perez to come in for fresh rubber. Oops. 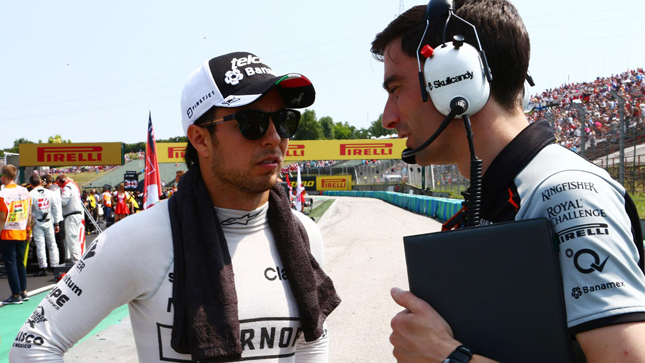 10. Rio Haryanto's Manor future remains uncertain. A couple of weeks ago, it looked like Haryanto had secured his seat at Manor for the remainder of the season, after reportedly finding the necessary funds to pay for his drive. But now there’s speculation he might not survive beyond the summer break. The Indonesian driver’s original sponsorship only had him covered until the end of the weekend’s race, and so far no new deals have been confirmed to keep him on the team. With only a week separating the events at Hungaroring and Hockenheim, Manor has said that it may give Haryanto special dispensation to drive without the necessary finances in place. Beyond that though, the team could be forced to look elsewhere for the second half of the season if Haryanto fails to bring in enough money. If only F1 could produce enough revenue to sustain 11 whole teams. 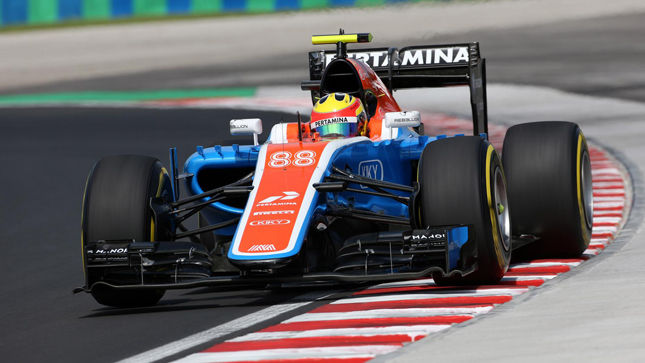 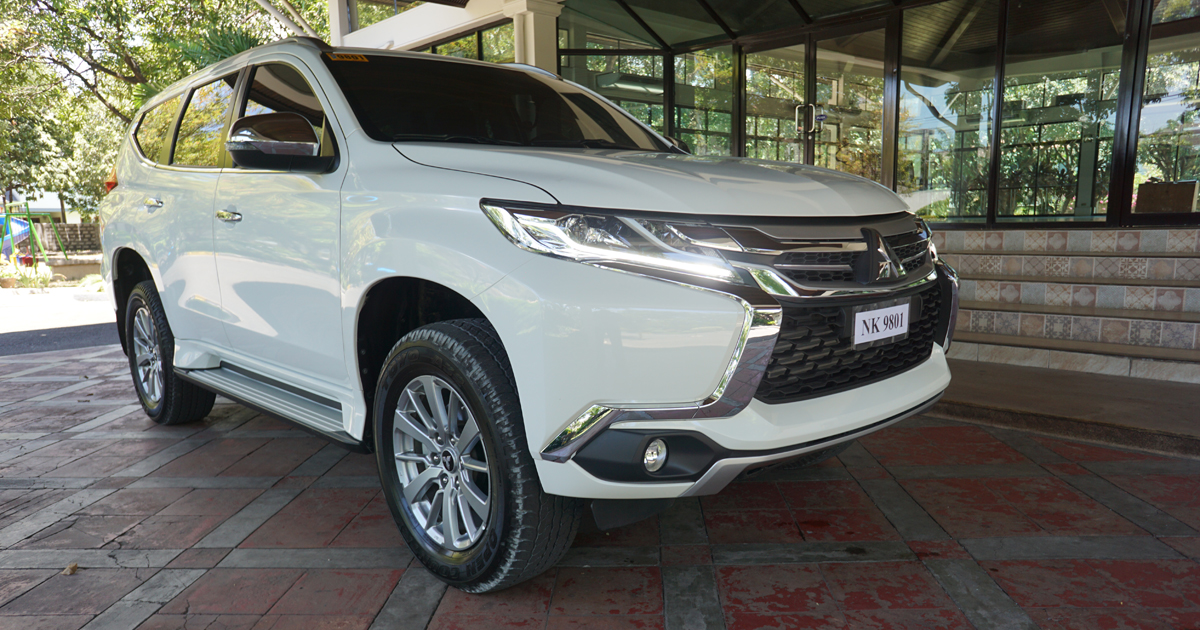 Mitsubishi to stage head-to-head test drive in Pampanga featuring Montero Sport
View other articles about:
Read the Story →
This article originally appeared on Topgear.com. Minor edits have been made by the TopGear.com.ph editors.
Share:
Retake this Poll
Quiz Results
Share:
Take this Quiz Again
TGP Rating:
/20