Check out the Volkswagen Beetle for the Global Rallycross series

To be entered by the VW Andretti Rallycross team
Jun 23, 2014
CAR BRANDS IN THIS ARTICLE 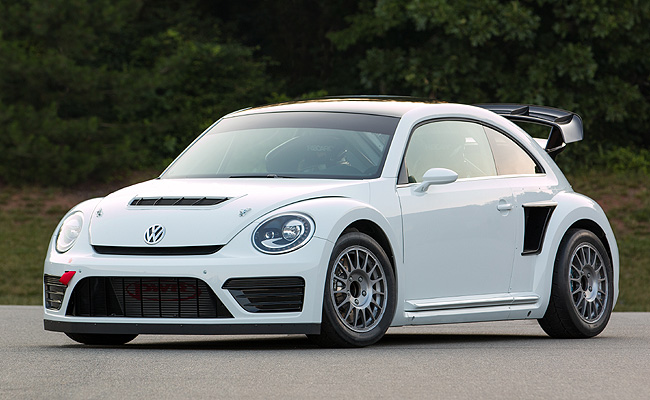 In February, Volkswagen revealed that it was entering the Global Rallycross (GRC) series for the 2014 season, first with a modified Polo rally car before switching to a Beetle. Now, the German carmaker, together with partner Andretti Autosport, has finally revealed what it calls the "definitive Beetle GRC rallycross car."

The Beetle GRC has a 1.6-liter four-cylinder TSI turbocharged engine that makes 544hp. It is mated to a sequential six-speed transmission that runs a fixed-ratio all-wheel-drive system with multiplate limited-slip differentials at the front and rear.

An all-around strut-type suspension with ZF dampers and about 9.1in of travel, copes with the rigors of the rallycross course's off-road sections, while stopping power is provided by 14in front and 11.8in rear vented disc brakes with four-piston aluminum calipers.

With the Beetle GRC's combination of low weight, high horsepower, and all-wheel-drive system, the Volkswagen Andretti Rallycross team predicts the car's 0-to-100kph time to be "an incredibly quick 2.1 seconds."

"After Volkswagen of America's impressive start on the rallycross scene with the Polo, the launch of the new Beetle GRC rallycross car represents the next major milestone," said Volkswagen motorsport director Jost Capito. "The Beetle boasts a unique appearance and state-of-the-art technology. It will sweep fans off their feet." 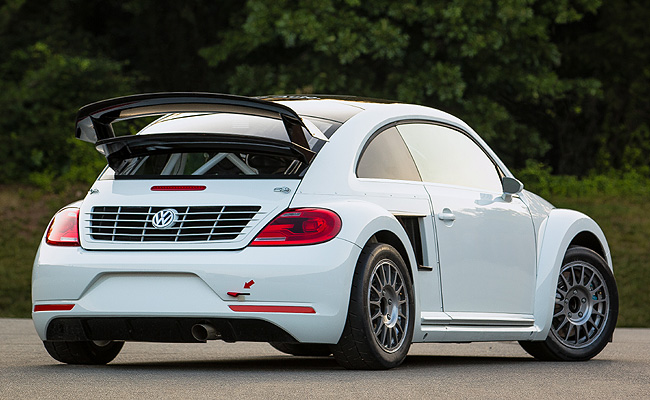 Hyundai releases 'The Walking Dead' special-edition Tucson
View other articles about:
Read the Story →
This article originally appeared on Topgear.com. Minor edits have been made by the TopGear.com.ph editors.
Share:
Retake this Poll
Quiz Results
Share:
Take this Quiz Again
TGP Rating:
/20