Was Ferrari the big winner of the Russian GP?

Either way, next year is going to be fascinating
by Andy Franklin | Oct 1, 2019
CAR BRANDS IN THIS ARTICLE 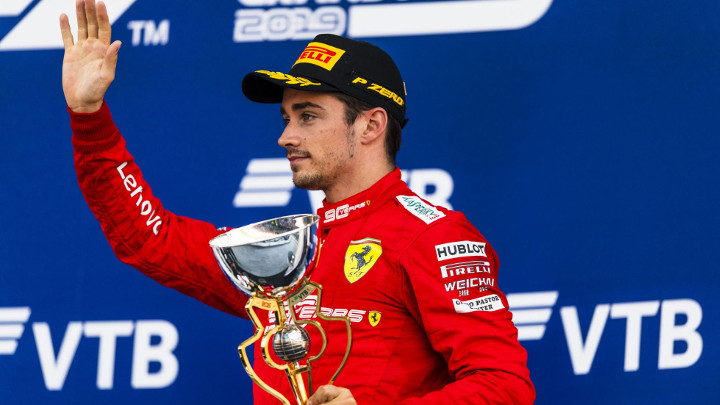 And while Sunday’s race wasn’t the Ferrari one-two that perhaps it should have been, it was pretty clear in the first half of the race Ferrari were in total control. They even had time to consider swapping positions at the front. 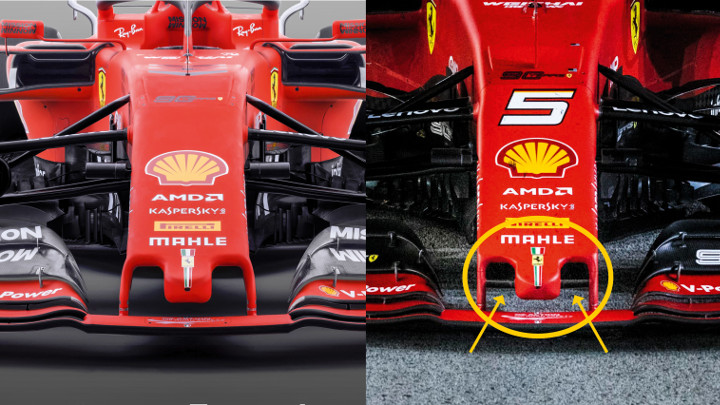 Simple, development. In pre-season testing, it looked like Ferrari were perhaps the team to beat. Yet come the first six races, Mercedes and Hamilton pulled out an unexpectedly large lead. Today’s driver championship race would have been looking completely different had they not banked these early wins. There was hope in Bahrain where Ferrari should have won had it not been for some unlucky reliability, but it really wasn’t until after the summer break that Ferrari appeared to get on top of their car. At the start of the season the Scuderia had the faster car in a straight line and Mercedes the faster car through the corners (or could that actually be Red Bull?) due to generating more downforce. Ferrari appear to have sorted out their lack of downforce compared to the Mercedes by developing the front wing under the nose (see old and new) and a new floor.

Add all this, two quick drivers and together with reportedly the most powerful engine, we are seeing a Mercedes-beating car. Even before Russia, Hamilton was saying it was going to be hard to beat the Ferraris.

“Clearly their car works really well everywhere now so it’s going to be very hard to beat them,” he said. “They are so quick on the straights. We can’t compete with them on the straights. But we have won before with not the best car. It’s really how we deliver over the weekend.”

How those words ring true after Russia.

But with a fast car comes driver politics 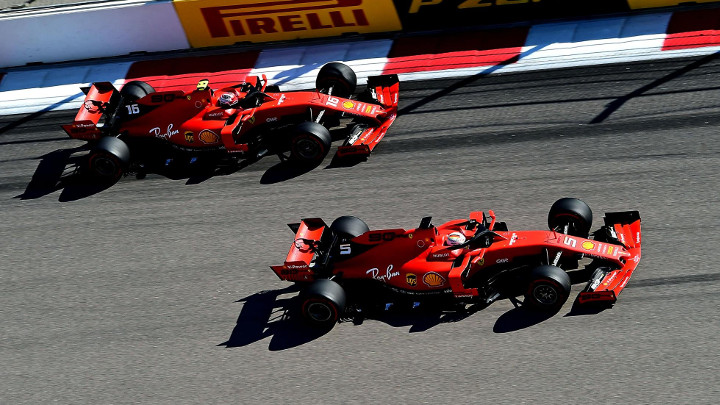 Anyone remember that nice chap called Nico Rosberg and his fight with Lewis? Are Ferrari about to embark on a similar driver headache? Earlier in the year, TG magazine’s Jason Barlow interviewed Charles Leclerc with a headline “Leclerc: Vettel’s worst nightmare.” And judging by the last four races and the whole season it has to be said Leclerc is no pushover and really giving Vettel a hard time. Vettel is unlikely to give up easily, mind, and there already appears to be a healthy bit of tension. It’s a shame he retired last weekend as it would have been interesting to see if he would have given up the lead according to the pre-race agreement.

Leclerc is truly a very special driver but the last two races for me showed how Vettel’s race experience has helped him. Go watch his overtaking moves in Singapore after he and Leclerc pitted and how he managed to carve through the traffic so much quicker than Leclerc behind. He deserved that win in my opinion. And while this year’s driver championship is pretty much sealed thanks to Hamilton’s early season-winning run, it will be interesting to see who comes out on top of the two Ferrari drivers by the end of the year. A total headache for Ferrari to manage, but wonderful for us fans. It’s why we tune in.

Hamilton is loving it 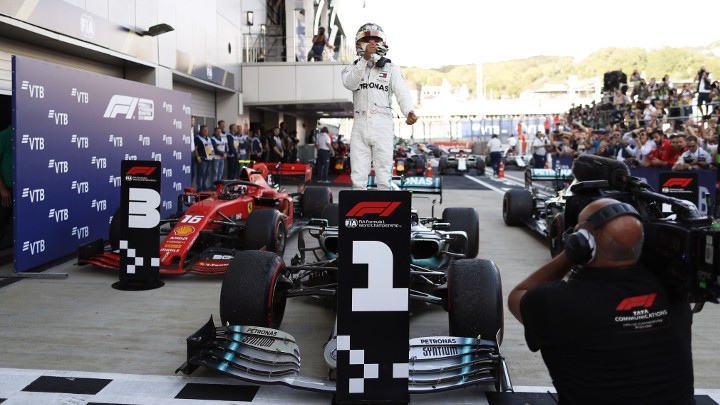 For me Lewis is the ultimate racer. He just wants to win. He doesn’t care who it is, he just wants to beat them. You really get the sense that he’s loving this competition and is happy to go up against the younger drivers to prove his talent. My kind of racer (sorry, Hamilton haters). Will this year be his last championship or will Ferrari’s drivers trip over themselves next year? Or will next year be Hamilton’s finest championship charge as he would have fought them all?

Either way, next year is going to be fascinating. Personally, it’s wonderful to see Mercedes being challenged and perhaps a changing of the guard. Mercedes aren’t exactly slow, and they won’t just sit around hoping for wins here and there. But if Ferrari can keep this form going into next year I feel we are in for a cracker of a season… just before they change it all again for 2021. *Sigh.*

Plus, not only are we seeing a change of manufacturer dominance, but we’ve also got a change of drivers. With the likes of Norris, Verstappen, Albon, Russell, and Leclerc all coming into their own, next year is going to be one of the best. You heard it here first. James Hunt must be smiling in his grave, and smoking, hopefully. 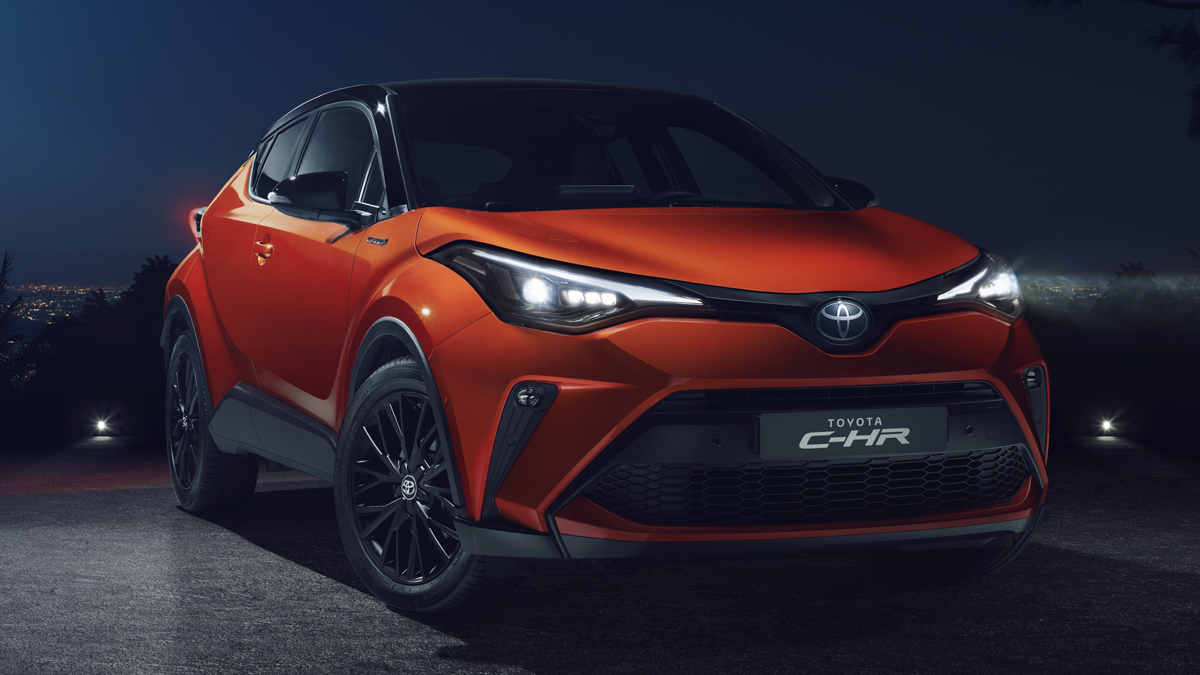 Toyota packs more tech, style and refinement into new 2020 C-HR
View other articles about:
Read the Story →
This article originally appeared on Topgear.com. Minor edits have been made by the TopGear.com.ph editors.
Share:
Retake this Poll
Quiz Results
Share:
Take this Quiz Again
TGP Rating:
/20