Ford has gone retro with its GT racecars this year

In the capable hands of Chip Ganassi Racing, the current Ford GT has seen success at the previous two Daytona 24-hour races—including a one-two in the GTLM class last year.

As they look to defend that title this year, Ganassi’s GTs will be wearing retro liveries to honor the 50th anniversary of the International Motor Sports Association. This will be the first time the new GT has diverted from its red, white and blue livery, but thankfully both cars look pretty special.

Perhaps the most eye-catching is the number 67 car that will be piloted by Richard Westbrook, Ryan Briscoe and Scott Dixon. The livery is inspired by the current race team partner Castrol and the famous white, green and red colors that have festooned so many great cars over the years.

“I’m really excited and proud that Ford is doing something to celebrate the 50th anniversary of IMSA,” said Westbrook. “I’ve seen enough footage of cars in that livery going around Daytona before the bus stop chicane was put in, which was a very iconic period of IMSA racing, so to be in an iconic car in that livery trying to defend our title will be something really special.”

The other GT competing in the Rolex 24, number 66, will honor the Roush Ford Mustang that won Daytona’s GTO class in 1985. The clean-looking white and red car will be driven by Joey Hand, Dirk Müller and former F1 driver Sébastien Bourdais.

As you may have guessed, we love a retro livery. After Subaru announced its return to their classic rally colours it’s set to be a classy-looking year of motorsport, in the US, at least… 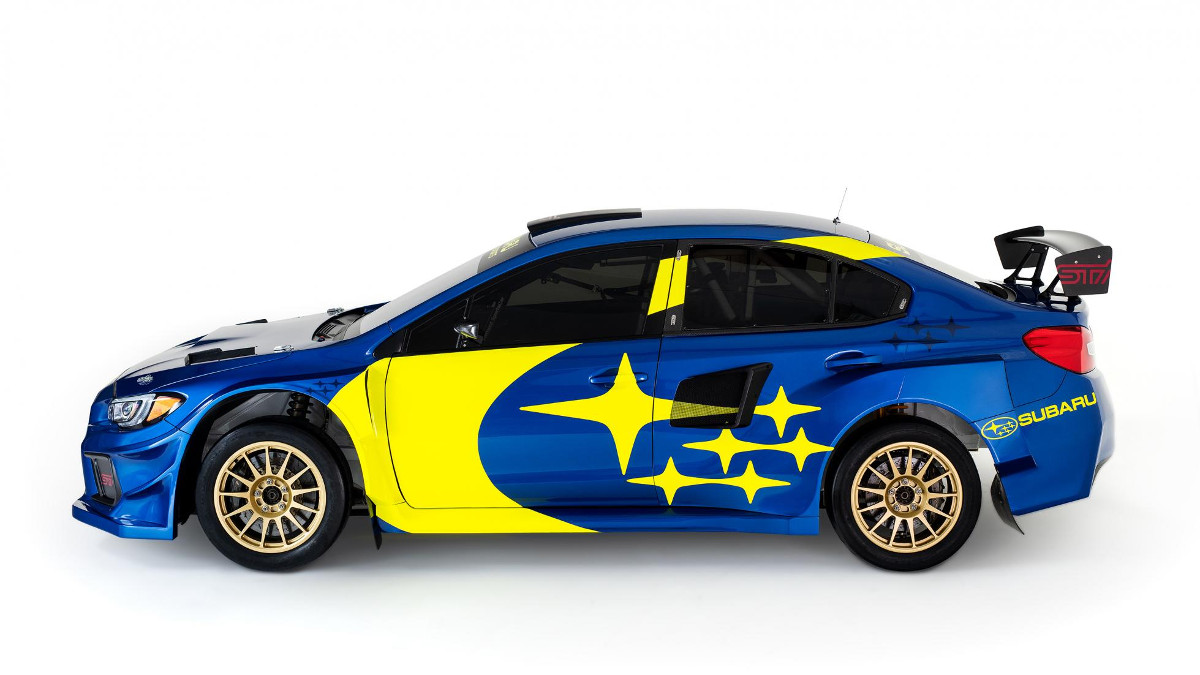 Subaru’s 2019 WRX STI rally cars will have blue-and-yellow livery
View other articles about:
Read the Story →
This article originally appeared on Topgear.com. Minor edits have been made by the TopGear.com.ph editors.
Share:
Retake this Poll
Quiz Results
Share:
Take this Quiz Again
TGP Rating:
/20