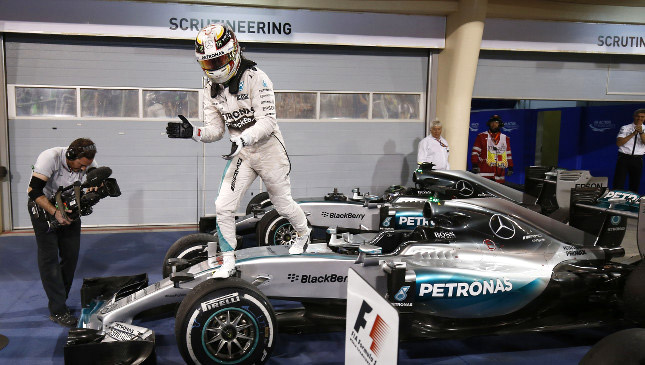 Lewis Hamilton and Nico Rosberg started the race with a Ferrari between them and ended it the same way--but after 57 laps, it was Kimi Raikkonen who split the Mercs to take his first podium since the 2013 Korean Grand Prix. It was also his seventh podium in Bahrain, and his first since returning to Ferrari.

The Finn began his offensive straight off the line, overtaking Rosberg from P4 on the grid and lining up after Hamilton and Sebastian Vettel. Not to be outdone, Rosberg overtook both Ferraris during the first stint. Vettel then triggered the first round of pit stops at the end of Lap 13 when he switched to brand-new option tires. He actually gained a position over Rosberg when the latter came in for a tire change a lap later (what is referred to as the "undercut"), but Rosberg again got him back as they came up behind Hamilton exiting the pits.

As in China, Raikkonen was last to pit among the front-runners; the crucial difference was that he put on the prime tires at the end of Lap 17. He began lapping faster than the top three thereafter, the still-heavy fuel load of his car helping to switch on the medium-compound rubber that Ferrari couldn't quite make work in the previous race.

Meanwhile, his teammate seemed to have reverted to the 2014-spec Vettel after putting in a brilliant qualifying performance on Saturday. Twice Vettel undercut Rosberg in the pits, and twice he lost the position immediately after. The second time, he ran off the track while trying to stay ahead of his compatriot, and had to make a third stop to replace a broken front wing. It dropped him to fifth place behind the Williams of Valtteri Bottas.

Raikkonen made his final stop for option tires at the end of Lap 40. He was reeling in Rosberg at over a second per lap, but a brake-by-wire problem on the Silver Arrow saw the German losing second place to the Finn with two laps to go. Hamilton, also suffering from brake issues, hung on to claim his third win in four races.

Some other notable events: Both Red Bulls finished in the points, while both Toro Rossos retired. Felipe Massa managed to get the final points-scoring position despite starting from the pit lane when his Williams stalled on the formation lap. Fernando Alonso, the sole McLaren starter, ended the race just outside of the top 10. Oh, and Pastor Maldonado finally saw the checkered flag.

Clippings from the Bahrain Grand Prix

* Rookies not quite on the run: None of the kids finished in the points this time around. Carlos Sainz Jr. was best-placed to do it after qualifying P9, but he was given a five-second time penalty for going over "the maximum permitted time between the two safety car lines for reconnaissance laps."

* Team radio talk: "So...the gap to Kimi is now 8.5!" was the oddly cheerful message to Nico Rosberg as Raikkonen closed in at alarming speed. If they were passing around happy pills at Mercedes, Rosberg obviously didn't get one because he retorted: "Don't tell me the gap anymore!"

* Epic fail: Pastor Maldonado got a five-second time penalty for being "out of position" on the starting grid after the formation lap--apparently, he put his car on the P18 slot instead of P16. Cue synchronized facepalms on the Lotus pit wall. For good measure, the Venezuelan also thumped the back of Felipe Massa's Williams during the early stages of the race.

* Small mercy: The celebratory fireworks were set off as Lewis Hamilton took the checkered flag, and Daniel Ricciardo's Renault engine thought, "That's awesome--I want to be a firework, too!" It promptly blew out as the Red Bull driver crossed the line in sixth place.

* Top tweet: Unable to start the race due to the electrical problems that had plagued his McLaren the whole weekend, Jenson Button took to Twitter and gave commentating a try:

* Quote of the race: It was a race of contrasts for the two Ferrari drivers, as team principal Maurizio Arrivabene summed it up. "Today, I can officially state that [Kimi is] back. He showed what a race animal he is, and if he had a few more laps perhaps... Also, I am happy for the team, because they worked really well. Sebastian made a couple of mistakes today--one at the beginning, which forced us to change his race strategy--whereas in the case of Kimi, we followed our plans. He was not totally convinced about it at a point, but showed a great deal of discipline in following instructions from the pit wall. As for Seb, he actually made something wrong, otherwise we could have had two drivers on the rostrum. But he's a human being as we all are." 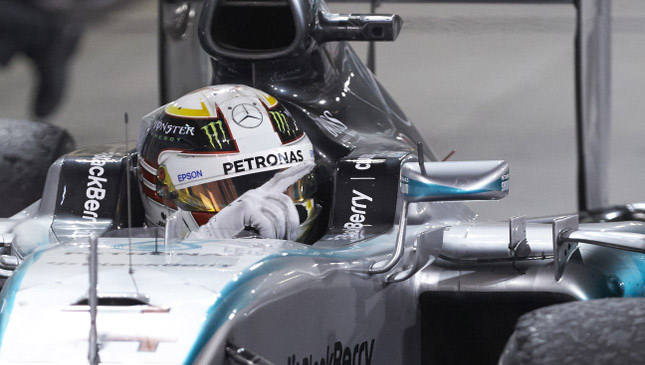 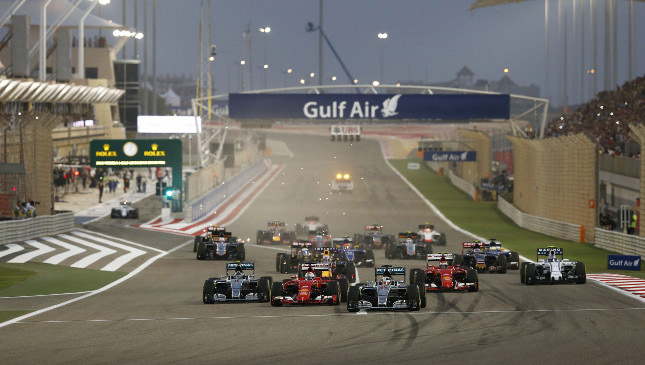 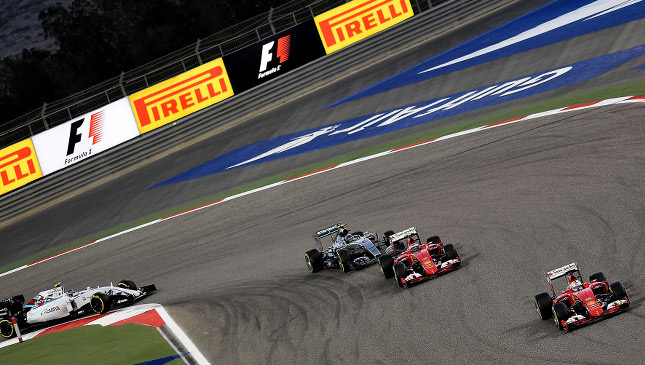 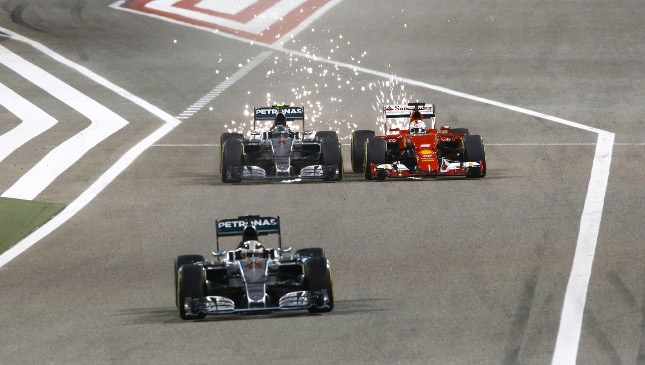 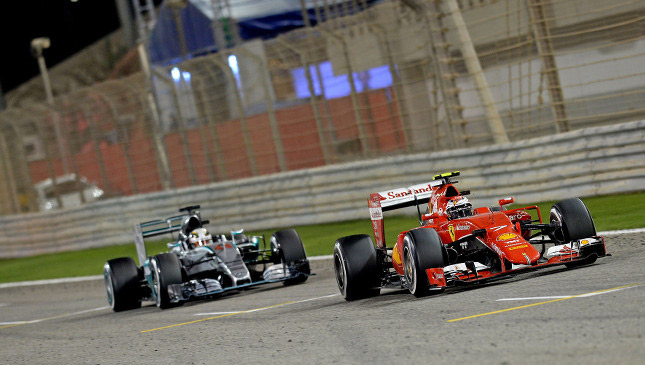 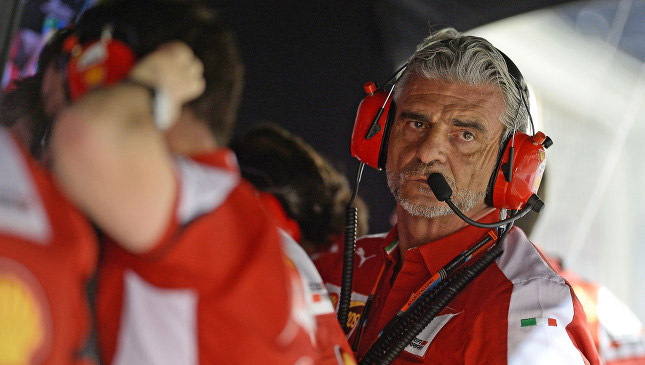 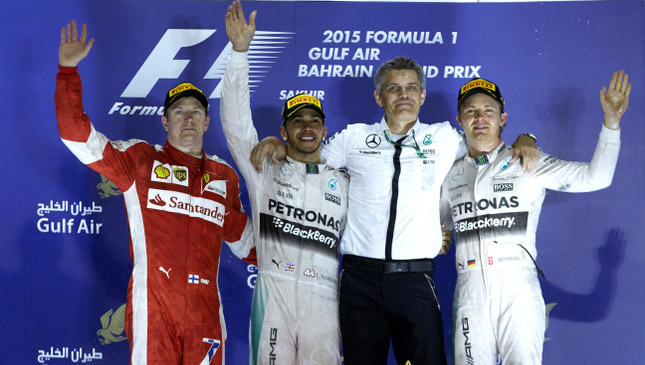 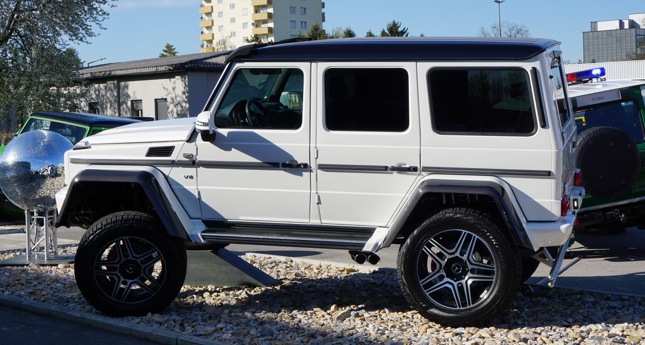 The most awesome 4x4 vehicle in the world could be headed for production
View other articles about:
Recommended Videos
Read the Story →
This article originally appeared on Topgear.com. Minor edits have been made by the TopGear.com.ph editors.
Share:
Retake this Poll
Quiz Results
Share:
Take this Quiz Again
TGP Rating:
/20