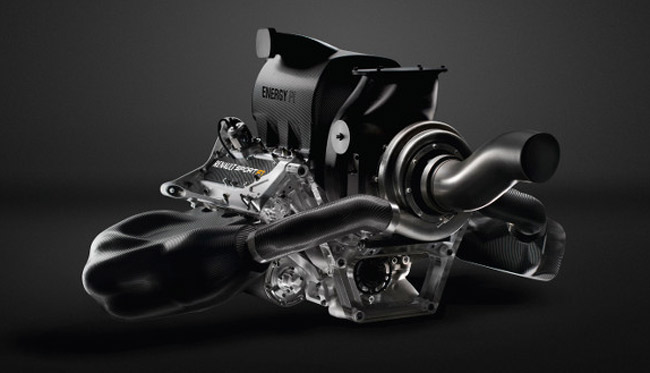 Welcome to the 2014 Formula 1 season! Returning F1 diehards, nice to see you again. Newbies, you've joined the party just in time--the old regulations have been shelved in favor of an entirely rewritten rulebook, and that means there's a lot of novel stuff to make the world's premier racing series more exciting and unpredictable.

Some of these rejigs are with regard to the sporting directives, but the biggest changes have to do with what is arguably the true star of the sport: the F1 car. So to kick off each grand prix weekend this year, we are doing a new series called "Formula 1 tech spotlight," which discusses the 2014 machines one part at a time. For the Australian GP weekend, it's only fair we start with what makes the cars run: the engine.

In truth, the engine is no longer the sole source of propulsion in the latest F1 era. With a contribution of 600hp, however, it's still the biggest source of grunt in the so-called "power unit"--a hybrid setup composed of the internal-combustion engine, the electric energy recovery systems, and the energy store or battery. All in all, the power unit has an output of roughly 760hp.

Just the change from the 2.4-liter naturally aspirated V8 to this year's 1.6-liter turbocharged V6 already entails huge engineering challenges. There's certainly a lot more involved to it than merely lopping off two cylinders and bolting on a turbo. These blocks are clean-sheet designs with a very strong focus on efficiency and fuel economy. As such, four of the key requirements are: (1) lower revs, from 18,000rpm to 15,000rpm; (2) the use of gasoline direct injection; (3) a 100kg fuel limit per race; and (4) a maximum fuel-flow rate of 100kg per hour.

At the rear of the engine is a single, centrally mounted outlet from which exhaust gases are spewed out (as opposed to the twin, side-mounted outlets of the V8). But this being F1, there's no compromising performance even when the rules of recent years have been efficiency-oriented. Any form of energy that may be recovered is used to bump up power, and in line with this, the exhaust gases are of service to a number of components.

One such customer is, obviously, the turbocharger, which works the same way here as on a road car: Its turbine converts exhaust gases into mechanical energy that drives the compressor, which then compresses engine-intake air to make it more dense. By having more air forced in this way, even a low-displacement engine is able to produce more horses.

That said, turbocharging also causes engine pressure to shoot up. The new V6's turbo spins at a maximum of 100,000rpm, creating "almost twice as much" pressure in the combustion chamber, says French engine supplier Renault. Furthermore, "the crankshaft and the pistons will be subject to massive stresses, and the pressure within the combustion chamber may rise to 200bar, or over 200 times ambient pressure."

Excessive pressure may cause knocking, which, according to Renault, is one sure-fire way to wreck an engine. If these knocking issues remain unchecked, a team could quickly burn its way through its season allocation of five power units per driver. The use of a sixth power unit will force a driver to start the race from the pit lane.

As for the new power unit's cooling requirements, they're considerably bigger than those of the old V8s--and that's not taking into account the temperature management of the electrical components yet. Naturally, there's an intercooler in place to cool the compressed engine-intake air. The 2014-spec radiators occupy more space, too, posing tough packaging riddles for the designers.

This being a turbocharged mill, a wastegate is also in place to regulate the exhaust gases going into the turbine depending on the engine's air requirements. It's not alone in performing this function, though--the energy recovery systems play a role here as well, and that's what we'll look into in the next installment. 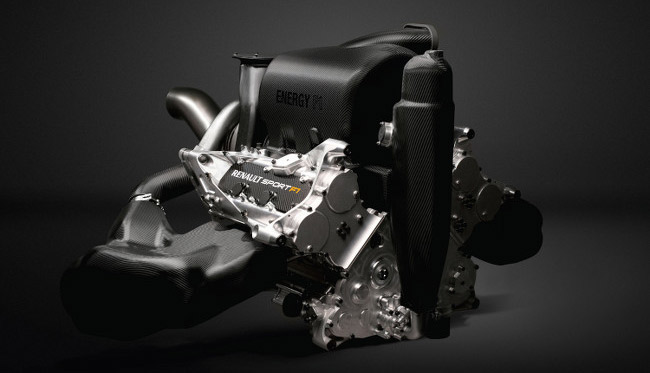