Formula 1 tech spotlight: Where the rubber meets the road 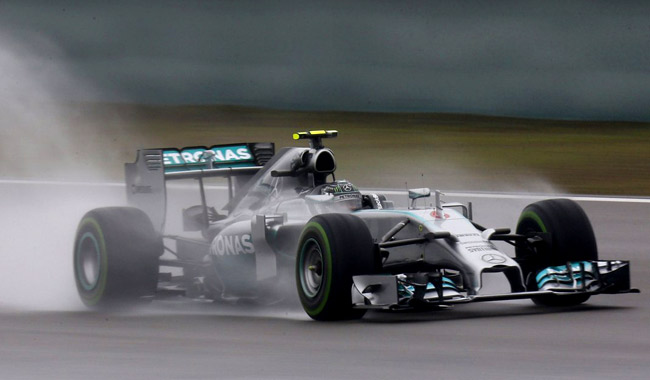 The Monaco Grand Prix is perhaps the most prestigious race on the Formula 1 calendar. Not just for the racing itself. The tight and twisty circuit, winding through the streets of the seaside city, is one of the most beautiful "tracks" anywhere in the world, and the casinos and yacht-strewn harbor are a fantastic background to all the action.

Due to the low-speed nature of the course, tire wear is not as bad here as it is elsewhere on the calendar, which is why Pirelli is debuting its new Supersoft tire compounds for both GP2 and F1 this weekend. With the grumbling over how "slow" some of the F1 backmarkers were at Catalunya compared to the GP2 cars--partly due to the conservative tire selection for the F1 grid--Pirelli will be keen to give the viewers a better show this weekend. But what is it about tires that is so difficult to get right?

Tires have one main job: To stick the car to the ground. They do this through two mechanisms, mechanical grip and chemical grip. Chemical grip is generated through the molecular bonds between the tire and the road surface. These bonds are similar to the physical bonds created by the deforming rubber; it's just that they're happening at a molecular level. Like glue. This kind of grip works best when rubber adheres to rubber, which is why drivers often talk about a track "rubbering in." When enough used rubber coats the track surface, the chemical grip increases greatly.

Mechanical grip is generated by the way the soft rubber surface conforms to the road. The more pliable the rubber, the better it sticks. The trick is to make the rubber soft enough at cold temperatures to stick to the ground without having it melt and come apart at the extreme temperatures generated at high cornering speeds and under braking.

Surprisingly, it's not all that hard to make tires that are both sticky and durable. It just takes a lot of money and research. Bridgestone did it as it sat as the solitary tire supplier after Michelin had pulled out in 2007. Unfortunately, these ultra-sticky, ultra-long-lived tires, combined with rules banning in-race refueling--introduced after a few scary fuel-related pit incidents--meant that drivers could go for a long time on track without stopping for tires or suffering enough tire degradation to lose the ability to defend against overtakers.

In order to bring back some excitement to the racing, when Bridgestone's contract lapsed in 2010, the FIA instructed its new supplier Pirelli to make tires that degraded more easily. This brought back some element of strategy in tire choice and tire preservation to the racing. Unfortunately, the balance between tire wear and grip has been difficult to get right. It's like trying to make a house that's just strong enough to withstand an earthquake, but flimsy enough to fall apart by itself over time. As such, Pirelli has had a lot of teething issues with the "quick-wearing" tires in the previous seasons.

This season, Pirelli's focus has been on improving tire longevity, especially with the higher torque loads and stresses induced by the new turbocharged engines. It's been a long road, as seen by the slippery and slithery nature of this year's cars. On the wear end, Pirelli has introduced harder tire compounds, which should cure the infamous "marble" issue, where balled-up masses of used rubber collected on the track, making it treacherous to drive outside of the racing line. On the performance end, it seems like Pirelli might have overshot the mark a bit, as some racers are completing races with fewer pitstops than before, and tire selections have often sacrificed grip for longevity.

But that's racing. You keep trying new formulas until you get it right. And as the season progresses, Pirelli will be performing numerous tire tests with various teams to tweak the tire selection and the tires themselves, much more so than last season. While they may not look all that quick now--as both tires and cars are refined over the following months--the 2014 cars have the potential to be much faster than the past V8s. And they will, eventually, have the tires to match.

Check out the Top Gear PH booth at the 2014 Trans Sport Show
View other articles about:
Recommended Videos
Read the Story →
This article originally appeared on Topgear.com. Minor edits have been made by the TopGear.com.ph editors.
Share:
Retake this Poll
Quiz Results
Share:
Take this Quiz Again
TGP Rating:
/20