Vietnam is a nation on the rise in the automotive realm. Just last month, local car brand VinFast debuted its first two models at the Paris Motor Show. This week, the country again made headlines with the announcement that the Vietnamese GP will be held in the capital city of Hanoi from April 2020.

That’s right—Formula 1 is heading to Vietnam. And speaking of VinFast, its parent company Vingroup will serve as the promoter of the event.

This is the first new race to be confirmed by Liberty Media since it finalized its acquisition of the sport’s commercial rights in January 2017. Currently, six of the 21 grands prix in the F1 calendar are held in Asia (well, Azerbaijan is technically in Eurasia), which Liberty Media considers an important region in its “long-term strategy to broaden the appeal of the sport and to reach new audiences around the globe.”

The actual venue, which is still unnamed, will be built near the My Dinh National Stadium on the western side of Hanoi. It will be a 5.565km semi-permanent street circuit laid out on “existing and purpose-built roads.” Hermann Tilke has once again been tasked to design and configure the 22-turn track, and apparently, he’s cribbed some well-known corners from iconic F1 venues around the world. Nothing new there.

Turns 1 and 2 draw inspiration from the opening corners of the Nürburgring, while Turns 12 to 15 mimic Monaco’s steep uphill climb from Sainte-Dévote to Massenet. Right after that, Turns 16 to 19 are a carbon copy of Suzuka’s Esses. The last three corners—a right-left combo followed by a sharp left-hander with a tightening-radius entry—are a mirror image of Turns 12 to 14 of Sepang.

More prominent than this collection of borrowed corners, however, is the set of straights, the longest of which is 1.5km in length and should see speeds of up to 335kph. You can learn more about the new circuit by watching the preview on Formula1.com.

At the official launch event on November 7, Formula 1 chairman and chief executive Chase Carey said: “Since we became involved in this sport in 2017, we have talked about developing new destination cities to broaden the appeal of Formula 1, and the Vietnamese Grand Prix is a realization of that ambition. We are thrilled to be here in Hanoi, one of the most exciting cities in the world right now with such a rich history and an incredible future ahead of it. This is the perfect formula for grand-prix, racing and I look forward to this becoming a real highlight of the F1 calendar.”

Said Nguyen Duc Chung, chairman of the City of Hanoi: “It’s a further demonstration of Vietnam’s ability as one of the fastest-growing economies in the world to host events on a global scale and attract tourism to the country. It provides an opportunity for inward investment to Vietnam and importantly to bring the exciting wheel-to-wheel racing of Formula 1 to the people of Vietnam.”

Finally, Vingroup vice chairman and CEO Nguyen Viet Quang remarked: “Vingroup wants to bring this race to Vietnam because of the general benefits to the society such as more jobs will be created, the infrastructure of Hanoi will be upgraded, and other bigger worldwide events will be encouraged to take place in Vietnam. For Vingroup individually, through the F1 racing event, we are going to proclaim the first Vietnamese car manufacturer, VinFast, to millions of audiences in the world.”

If you’re an F1 fan, do you think it’s worth visiting Vietnam to watch the grand prix? Let us know in the comments. 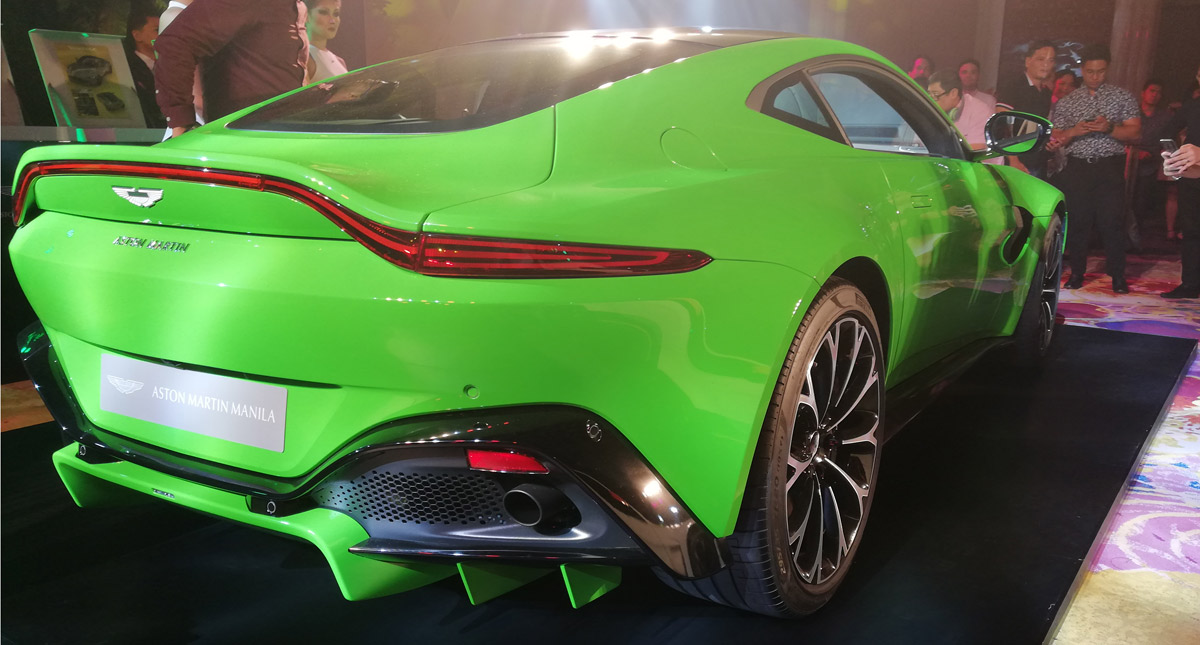 13 Images: Inside the 2018 Aston Martin Vantage launch
View other articles about:
Recommended Videos
Read the Story →
This article originally appeared on Topgear.com. Minor edits have been made by the TopGear.com.ph editors.
Share:
Retake this Poll
Quiz Results
Share:
Take this Quiz Again
TGP Rating:
/20