Eddie Jordan: Lewis Hamilton will race for Ferrari in 2021

“It would be the right time for Lewis to go to Ferrari [in 2021],” Eddie told us. “He’s coming to the end of his career, but he still wants to win his seven or more titles.

“But the real belief that I think Lewis will go to Ferrari in 2021 is that Toto Wolff’s contract expires at the end of next year. He knows Mercedes’ long-term future in Formula 1 is not a certainty. Indeed, Lewis has mentioned Toto’s contract on more than one occasion, which is unusual for an F1 driver to do.

“Lewis would only go to Ferrari if someone could protect him against any possibility that Charles Leclerc could usurp him. So, Ferrari would bring Toto along, too.”

Eddie noted how Ferrari’s pool of F1 talent runs deep, “but what they don’t have is that person on the pit wall to guide the team, in terms of how they structure the race strategy. Toto knows that. Racing is in his blood, and he’d love to have a name like Ferrari on his CV, too.

“I’m absolutely certain that in 2021, Lewis Hamilton will move to Ferrari. Toto goes with him, because as I said, Lewis won’t leave himself exposed, and it will be his way of bringing an equalizer. Do Ferrari need two number-ones? No, but they won’t let go of Leclerc.”

Interesting that Eddie reckons Leclerc, and not Sebastian Vettel. Vettel’s contract comes up at the same time as Lewis’s (the end of 2020), and he reckons Vettel might just walk away completely. “Vettel will retire at the end of 2020. He can’t go back to Red Bull because he’d get creamed by Max Verstappen.

“However, if Mercedes did decide to stay on in F1, it might work for Vettel to go there—a consolation prize for losing Lewis.”

The prospect of Lewis in rosso, racing in the same car as Charles Leclerc, is all rather exciting, isn’t it? Eddie reckons Leclerc—like Lewis—would relish such a battle: “It would be a huge feather in Leclerc’s cap to potentially beat Hamilton in the same car. He has the potential to be a great.”

And he’ll be up against an all-time great in Lewis. Not a bad retirement plan for Hamilton, right? Rack up another championship at Mercedes, equal Schuey’s huge record. Move to Ferrari, race against a future great, win another championship, retire as the most successful F1 driver of all time. Boom. 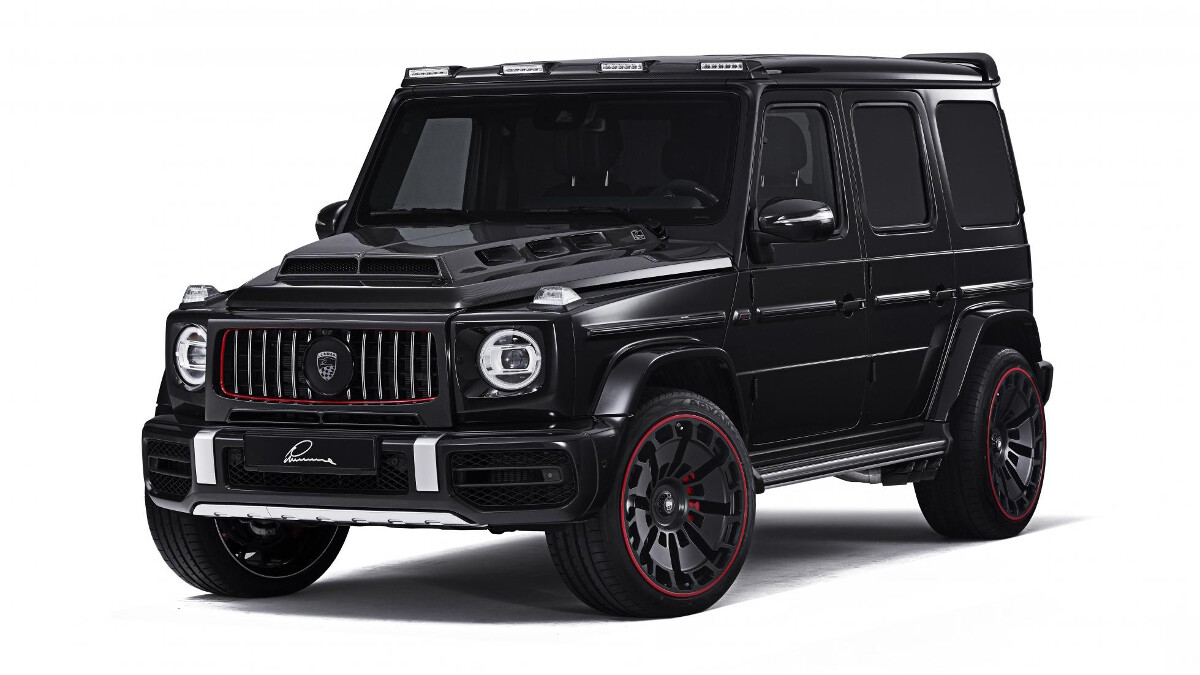 Lumma goes crazy with the Mercedes G63 and gives it three side exhaust pipes
View other articles about:
Read the Story →
This article originally appeared on Topgear.com. Minor edits have been made by the TopGear.com.ph editors.
Share:
Retake this Poll
Quiz Results
Share:
Take this Quiz Again
TGP Rating:
/20