Mark your calendar: 2015 Vios Cup Leg 3 to be staged at SM MOA Bayside 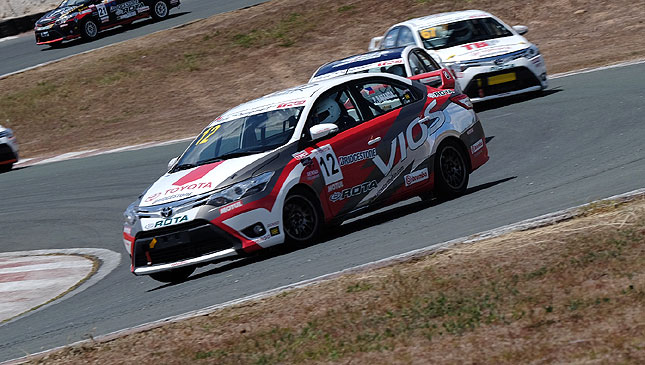 After bringing the first and second legs of the 2015 Vios Cup to Clark and Cebu, Toyota Motor Philippines wants Metro Manila to once again experience waku-doki. The third leg of the one-make race series will be staged at SM MOA Bayside on September 5 and 6.

Spectators from the metro will get to watch 48 racers--40 team drivers and eight celebrity drivers--during the qualifying and race weekend. Just like the first two legs of the season, the grids will have three categories: sporting class, promotional class and celebrity class. At the end of the race weekend, a champion for each category will be announced.

Aside from the electrifying wheel-to-wheel battle on the street track, bands and artists will take care of on-site entertainment. It will also be a gustatory feast as food trucks will be stationed at the venue.

"Last year, we brought the season-ending race to McKinley West, where thousands of spectators witnessed how we staged waku-doki," said TMP president Michinobu Sugata in a statement. "This year, it is only fitting that we bring back the biggest local racing event here in Manila after a successful leg in the Queen City of the Philippines, Cebu. It has always been my dream to bring the race closer to the people, and having the Vios Cup staged in the Bayside area will surely help spectators from around the metro catch the heart-pounding race live and up close."

Admission to the thrilling race and on-site entertainment is free. So, mark your calendar and see you there! 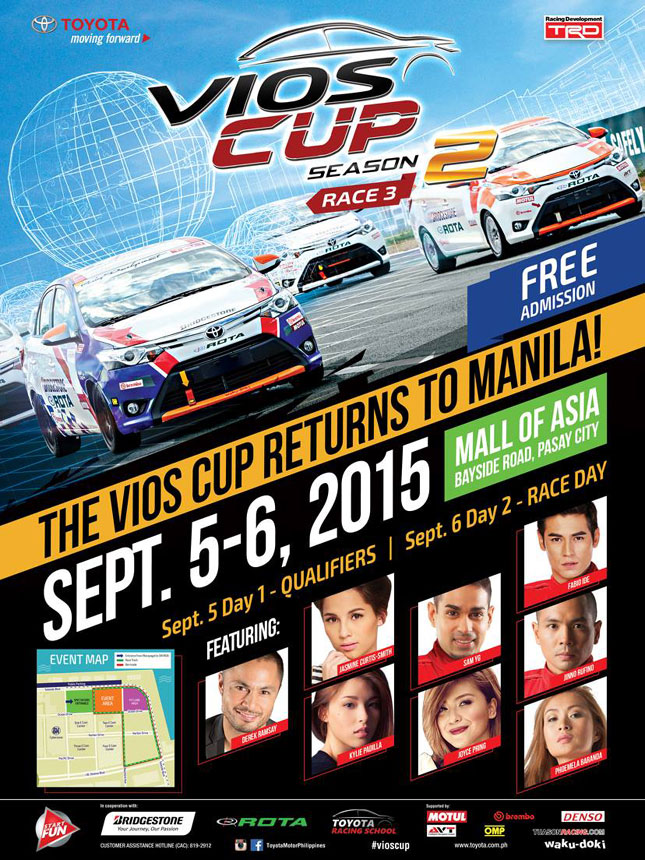 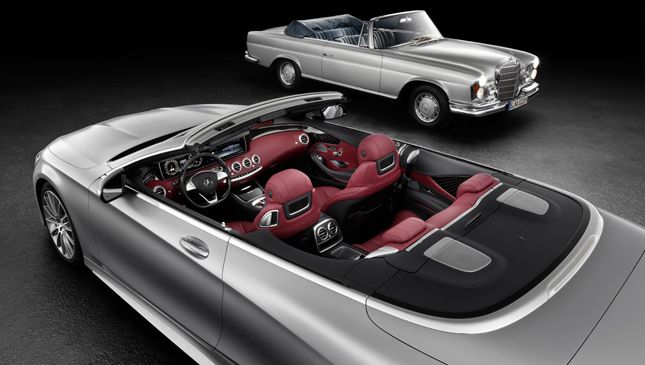 Upcoming Mercedes-Benz S-Class Cabriolet looks like a classic in the making
View other articles about:
Read the Story →
This article originally appeared on Topgear.com. Minor edits have been made by the TopGear.com.ph editors.
Share:
Retake this Poll
Quiz Results
Share:
Take this Quiz Again
TGP Rating:
/20