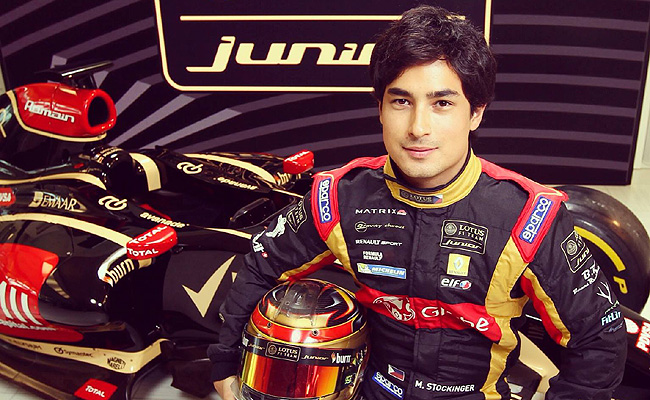 After last year's Manila Speed Show proved to be a relative success for Marlon Stockinger and the Lotus F1 Team, Globe Telecom, the exclusive business partner of Lotus F1 in the Philippines, will be mounting a similar event on August 30 in Bonifacio Global City.

However, instead of bringing in the team's F1 show cars, the telecommunications company will have the Formula Renault 3.5 race car that Stockinger actually drives in the World Series by Renault.

According to Globe Telecom corporate communications external affairs director Jocel de Guzman, a track layout of around 3km within BGC will serve as the venue for the "Globe Slipstream" event. Other activities planned for the one-day event are a car exhibit and a kart race featuring celebrities and local race drivers. Lotus F1 simulators will also be at the venue for visitors to try out.

De Guzman also pointed out that, from serving as Globe's Tattoo ambassador, Stockinger is now aligned directly with Globe Telecom as his telecommunications partner.

Stockinger currently lies in 8th place in the Formula Renault 3.5 series, following his third-place finish in the second race of the Nurburgring leg on July 13. This was Stockinger's second podium finish in the 2014 season after he had claimed second place in the second race of the season-opening Monza leg. According to the Fil-Swiss driver, technical problems with his car hampered his chances of fighting for first place.

"At the start, my car's anti-stall system began acting up, and then later on in the race, the DRS (drag reduction system) stopped working so I really had to work to finish on the podium," Stockinger told TopGear.com.ph. "If the car didn't have issues, I could have easily fought for first place."

So, as we continue to root for Stockinger's success in the Formula Renault 3.5 series and remain hopeful of his entry into Formula 1, we know where we need to be on August 30.

The pro-consumer PH Lemon Law is now finally an official, er, law
View other articles about:
Read the Story →
This article originally appeared on Topgear.com. Minor edits have been made by the TopGear.com.ph editors.
Share:
Retake this Poll
Quiz Results
Share:
Take this Quiz Again
TGP Rating:
/20