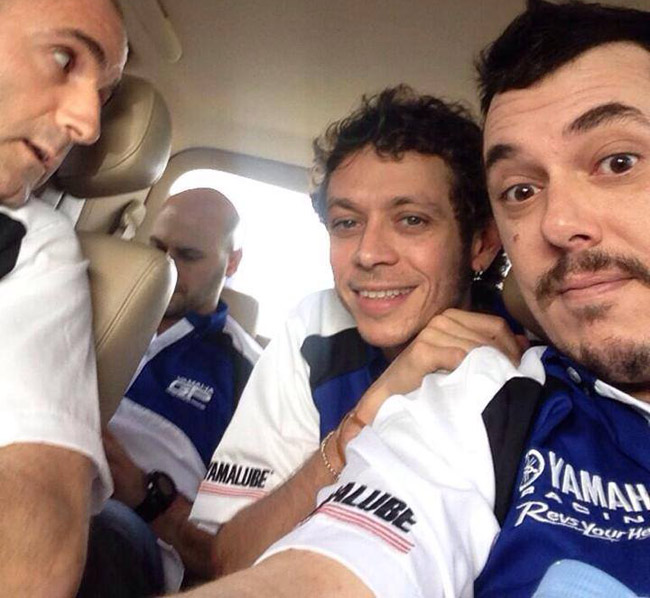 Just as we announced last week, MotoGP legend and Yamaha rider Valentino Rossi came to town and made a public appearance yesterday at SM City Santa Rosa. His Philippine visit was for Yamaha Motor Philippines' "Champions Rebuild Lives" project for the benefit of super typhoon Yolanda survivors. The event, as expected, was a success--save for an unpleasant surprise when we learned that the iPhone of host James Deakin had been snatched at the press conference.

As we filtered out of the press conference area on our way to watch Rossi's exhibition laps at the Yamaha GP track in the parking lot, we noticed James searching the conference table with much consternation. Though obviously a fruitless exercise, we helped him look under the table and around the stage, but his phone was definitely gone.

And to think James had just told Rossi what great people we Filipinos are.

Apparently, in the crush after the press conference and interviews, where autograph hounds managed to slip past security and trample across the stage to catch Rossi before the exhibition, one person managed to catch something more than a signed cap.

James is currently lobbying to have speed limiters installed on rampaging buses. If whoever took his phone were to be hit by an overspeeding bus in the middle of the night because James's campaign had been delayed by the loss of all his contacts, we think cosmic karma would have been served.

Anyway, feel free to check out Yamaha Philippines' website for its "Champions Rebuild Lives" program. Proceeds from the purchase of any of Yamaha's limited-edition racing apparel will go to the Yolanda relief effort. That is why Valentino Rossi was here, after all. 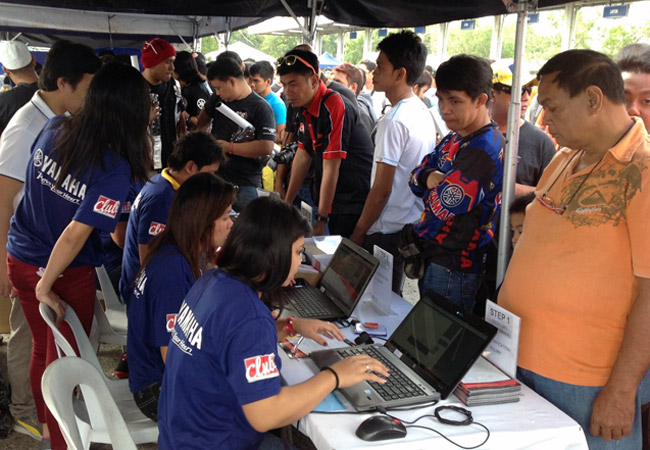 Vincent Floirendo finishes 15th in class in 1st race of Ferrari Challenge
View other articles about:
Read the Story →
This article originally appeared on Topgear.com. Minor edits have been made by the TopGear.com.ph editors.
Share:
Retake this Poll
Quiz Results
Share:
Take this Quiz Again
TGP Rating:
/20