14 questions about the Toyota Mirai 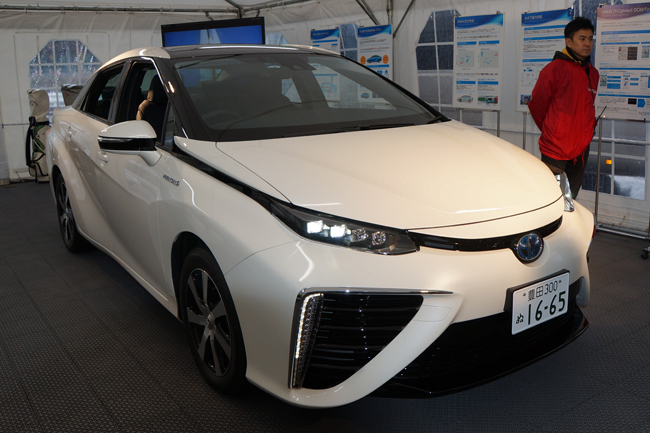 A highlight of our trip to Tokyo recently was seeing and feeling the new Toyota Mirai hydrogen fuel cell vehicle. There was a lot to absorb because it is such a groundbreaking car. It's like the Prius hybrid being introduced all over again. To make it easier to understand what all the fuss is about, we compiled an FAQ on the important things we learned about Toyota’s ambitious new model.

In Japanese, the word Mirai means "the future," and it’s an apt name because it’s Toyota’s hydrogen fuel cell vehicle (FCV), as well as the Japanese carmaker's vision for the future. It has a front-wheel drive layout, and is firmly in the midsize category.

2. Why is it a big deal? Honda and BMW have introduced hydrogen cars already.

The Honda FCX Clarity and the BMW Hydrogen 7 were only available for lease, and in very limited numbers at that. The Mirai will be available for sale to the public. If you live in Japan, you can walk into a Toyota showroom and order a Mirai starting December 15 (that's in a few days). US and European buyers will have to wait until mid-2015 for their chance to purchase one.

3. How does the Mirai work?

It’s basically an electric car that runs on hydrogen gas. Other FCVs use hydrogen as a fuel, burning it to create combustion like a gasoline engine. The Mirai combines hydrogen inside the fuel cell with oxygen to create electricity, which in turn powers the electric motor. If you remember your basic chemistry lessons, you know what is produced when oxygen and hydrogen combine: water. And water is what the Mirai basically emits, making this Toyota fuel-cell car a zero-emissions vehicle.

4. An automobile with only water as a byproduct? That sounds almost too good to be true. How much does it cost?

5. Subsidize? What does that mean?

Whenever a customer purchases a Toyota Mirai, the Japanese government will foot ¥2 million of the ¥6.7-million cost.

6. Their government can do that? Ours can’t even pass a bill that will exempt hybrid cars from taxes.

Yup. Although the concept may be alien to us, somewhere in the world there are nations that think of their citizens’ well-being.

7. What about the fuel? Isn’t hydrogen highly flammable?

Yes. For safety, the Mirai stores its hydrogen fuel--which is in a gaseous state--in two hydrogen tanks made of carbon-fiber reinforced plastic. Another fiberglass-reinforced plastic layer protects the outer shell.

8. How is the Mirai’s hydrogen fuel measured? And how much does it cost?

The Toyota FCV’s fuel is measured in kilograms, and one kilogram of hydrogen costs ¥1,100 (P405) before taxes. Refueling the Mirai’s hydrogen tanks take about three minutes.

9. How much hydrogen can the Mirai store, and what is its range?

In terms of volume, the hydrogen tanks can store a combined 122.4L of fuel. When measured in mass, the capacity is about 5kg of hydrogen. That’s good for approximately 650km of cruising. Of course, as with all electric vehicles, that range varies depending on use.

10. Are hydrogen fuel stations common already? How much does one cost?

Japan has about a dozen hydrogen stations, and California has a handful. The Japanese stations each cost about ¥400-600 million (P148-222 million) to build.

Although it is the most abundant chemical substance in the universe, producing it requires a lot of energy, and that energy sometimes comes with environmental costs. When we asked about hydrogen sources, Toyota said it is a byproduct of many industries. To create it as a primary source, natural gas and solar or wind energy can be used. It is important to create hydrogen by renewable methods or non-polluting sources, or else it defeats the purpose of a zero-emissions FCV. By 2020, Toyota estimates the selling cost of hydrogen fuel should be equal to that of gasoline.

12. The Mirai seems like such an ambitious proposition. Will Toyota be able to make it work?

The hurdle facing the Mirai is similar to the issues that confront electric cars: fuel and range. Gasoline stations are abundant, so running out of fuel is a remote possibility in this day and age. For FCVs at this point, it’s a chicken-and-egg game. It’s difficult to justify mass-producing hydrogen cars because hydrogen stations are scarce. And vice versa: It’s expensive to roll out hydrogen stations when there are barely any hydrogen FCVs on the road. But the so-called hydrogen economy has to begin somewhere, and Toyota is willing to jump-start FCV acceptance by introducing the Mirai. It faced this situation with hybrid vehicles 17 years ago, when it debuted the Prius. Now hybrid cars are a common sight, even in our neck of the woods.

13. Will we ever see the Mirai in our country?

In our small but growing automotive market, it’s best to assume that nothing is impossible. But given the current legislative support we have for alternative fuel vehicles--including hybrid and electric cars--it’s a dismal roadmap that FCVs face in our country. Our government has to lend a hand in making our market conducive to automobiles that are powered by cleaner sources. It can start by passing the long overdue hybrid law, and from there hopefully someone will invest in a hydrogen fuel station or two. Only then will we ever hope to see a Mirai on Philippine roads.

Stay tuned...that topic deserves another story of its own. 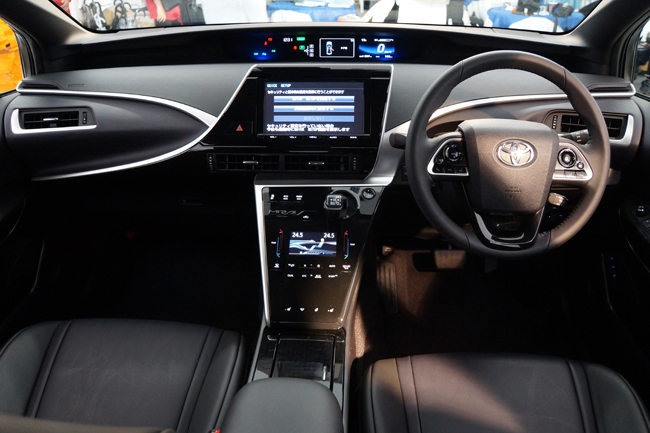 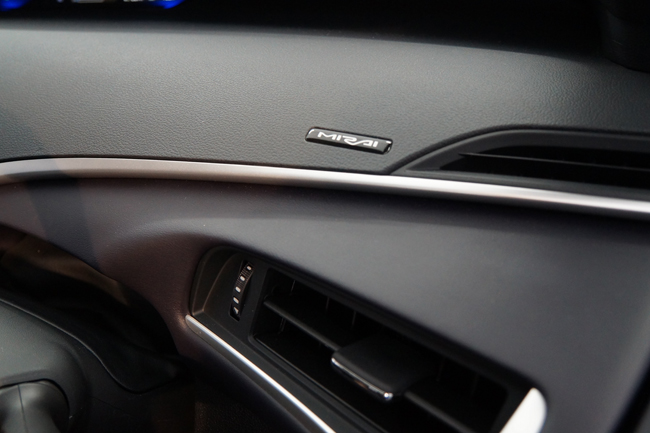 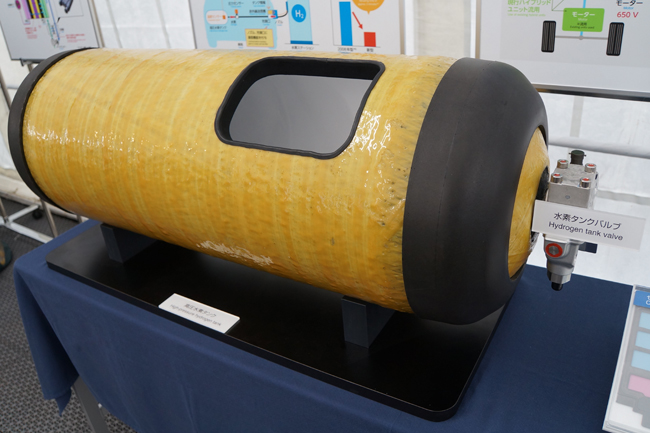 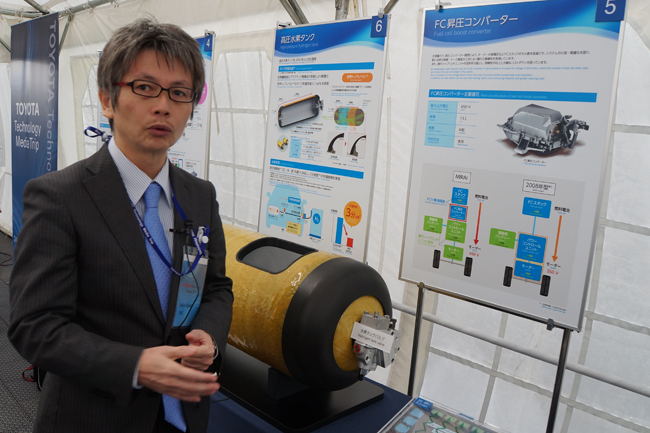 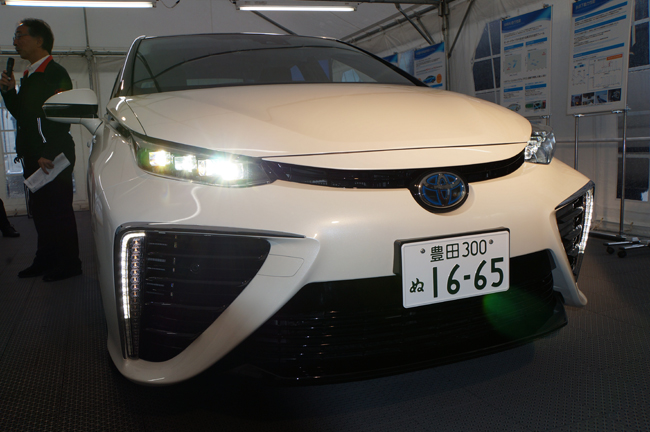 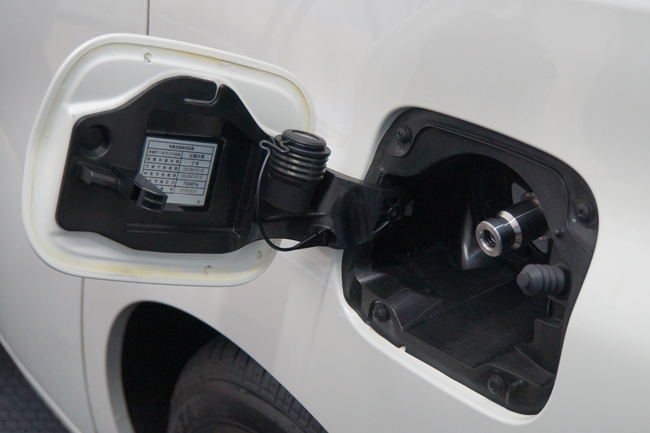 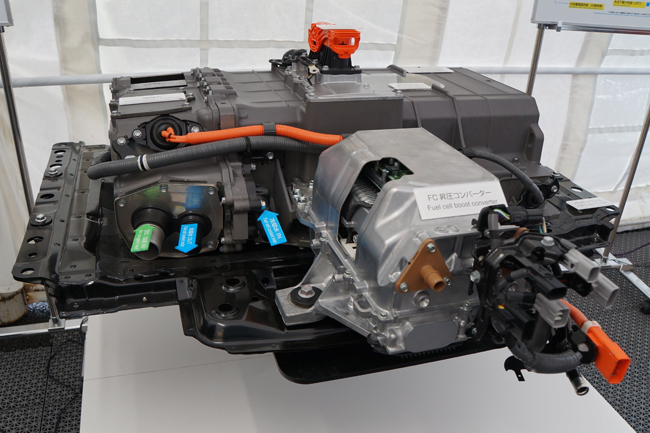 Mazda to use bioplastic for its cars
View other articles about:
Read the Story →
This article originally appeared on Topgear.com. Minor edits have been made by the TopGear.com.ph editors.
Share:
Retake this Poll
Quiz Results
Share:
Take this Quiz Again
TGP Rating:
/20