Looking for more oomph for your Ford Ranger Wildtrak?

We look at an electronic solution
by Niky Tamayo | Apr 16, 2015
CAR BRANDS IN THIS ARTICLE 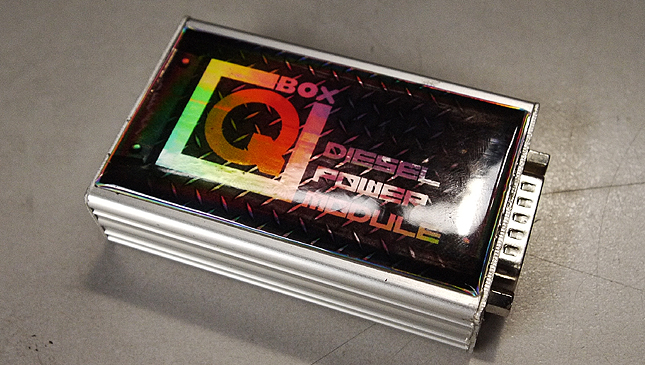 With 197hp and 470Nm, the Ford Ranger 3.2 Wildtrak is not only the biggest-selling pickup on the market, it's also one of the most powerful. And we're simply ecstatic that Ford Philippines has decided to release a new manual transmission variant. But does it deliver the goods?

We checked out how much power the Ranger actually makes by hooking it up to the Dynapack Dynamometer at Speedlab. While the Ranger is factory-rated at 197hp, this is what we call "brake horsepower" or bhp--the power measured at the engine itself. What gets to the wheels--often called "wheel horsepower" (whp)--is usually much less, and is more indicative of actual performance. This is what the Dynapack measures.

Unlike other "dynos," the Dynapack connects straight to the wheel hubs. This ensures that tire-slippage does not affect the reading like it does when power is measured by rollers under the car's tires, which is the more traditional method. One can argue about calibration and what "real wheel horsepower" is, but with its compact design, portability and consistency, the Dynapack is certainly one of the more convenient measuring tools out there.

After hooking the Ranger up to the machine, we measure an impressive 180-182whp over multiple test runs. That's some 8hp more than the stock Chevrolet Colorado 2.8 on the same dyno and only 7.6% less than the quoted bhp.

But there's a catch. 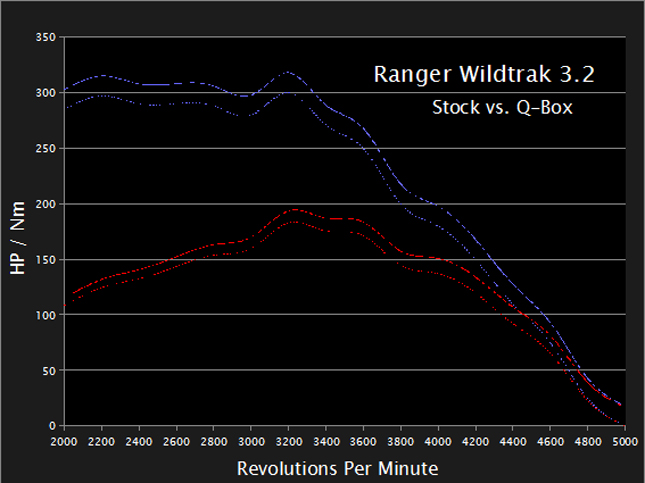 As you can see from the graph above, the Colorado makes even power over a wide range, but the Ranger's power delivery peaks at an early 3,200rpm, and drops off steeply after that. On the road, squeezing the big 3.2-liter engine past 4,000rpm is an exercise in futility. Instead, the best 0-100kph times for the Ranger are achieved by short-shifting at 3,600rpm rather than attempting to hit the redline. This yields a 0-100kph time of 11.7 seconds. Decent, but for performance freaks, it's simply not enough.

So we asked Speedlab what else could be done with the Ranger. While there are a host of modifications available, one simple and cheap one is the Q-Box Performance Chip.

The Q-Box is a deceptively simple device, altering fuel rail pressure and delivery by plugging straight into the wiring harness. Here, it takes a technician just a few minutes to attach the Q-Box to the Ranger.

Then a few dyno pulls, checking for the proper setting. The Q-Box has 10 settings, available via dip switches on the side. After each pull, we adjust the settings and check for gains. As power gains peter out at higher settings, we settle for a relatively conservative 7, rather than a Spinal Tap 11.

This setting nets an average gain of around 25Nm of torque over a wide band and a peak gain of 12whp at 3,200rpm. But can you feel the difference on a truck this powerful? 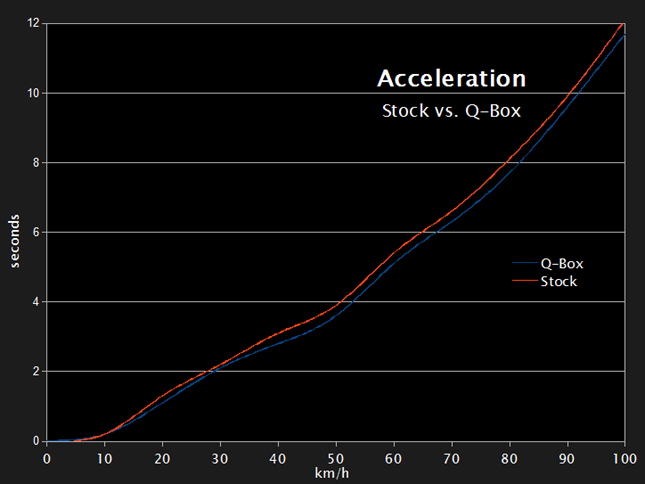 The answer: Yes, you can. The Ranger feels more responsive and eager off the line. On our Racelogic V-Box performance meter, we note an improvement of 0.3-0.4 second in acceleration times, though the data suggests we can dial back the Q-Box settings a bit without hurting performance. Leaving a little leeway helps prevent undue stress and extends the lifetime of your motor.

The Q-Box isn't quite as good as a fully programmable diesel solution like the Unichip Q, also available at Speedlab, which gives a stock Ranger an extra 20hp. But it's certainly easy to install and provides good gains for not too much money.

While the increasingly complex nature of modern cars makes backyard engine modification a thing of the past, the flexibility and ease afforded by electronic solutions makes tuning less of a guessing game than in the old days. But as this experience shows, testing and verification are important in picking modifications for your vehicle. 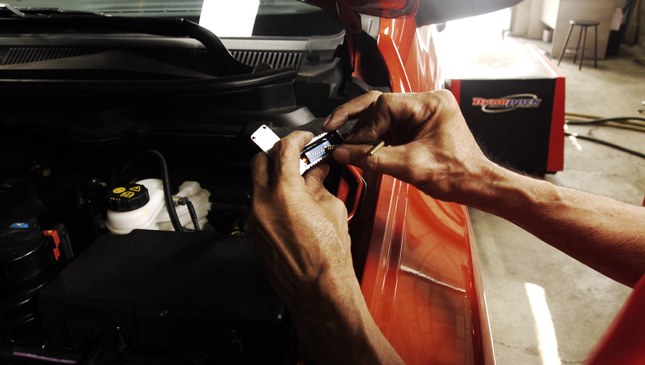 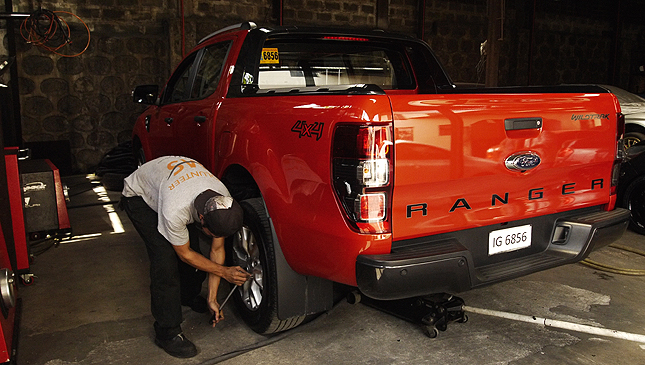 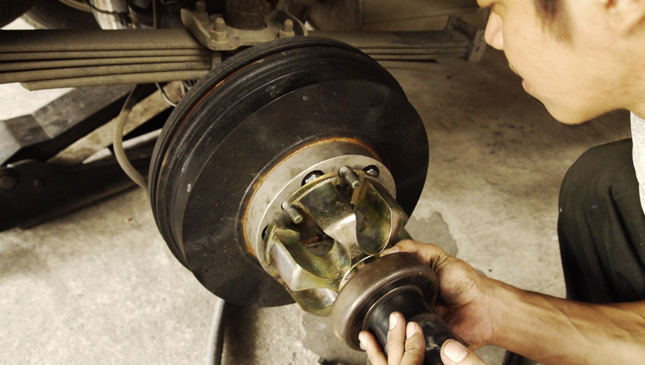 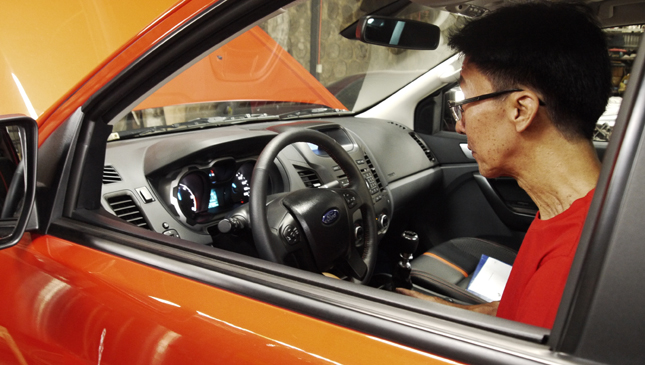 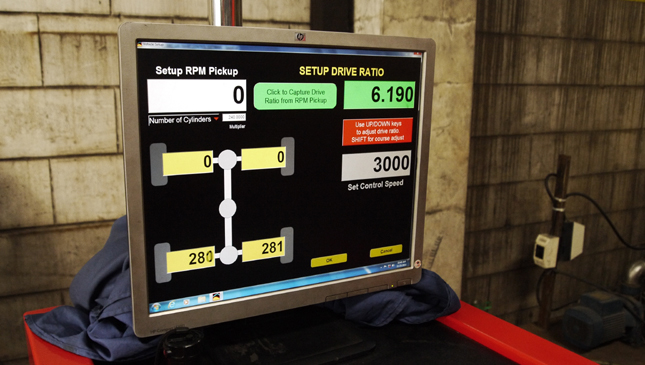 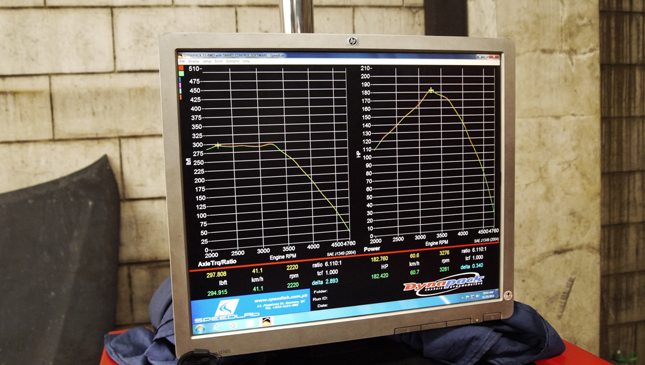 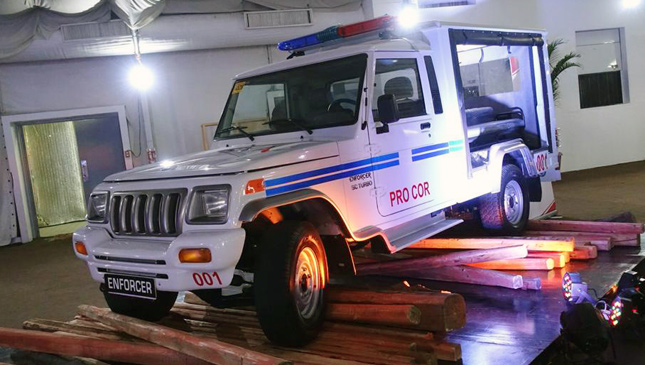 Forget about Dubai Police's supercars...our cops now have the Mahindra Enforcer
View other articles about:
Read the Story →
This article originally appeared on Topgear.com. Minor edits have been made by the TopGear.com.ph editors.
Share:
Retake this Poll
Quiz Results
Share:
Take this Quiz Again
TGP Rating:
/20