Before it's even available in the market
Apr 28, 2014
CAR BRANDS IN THIS ARTICLE 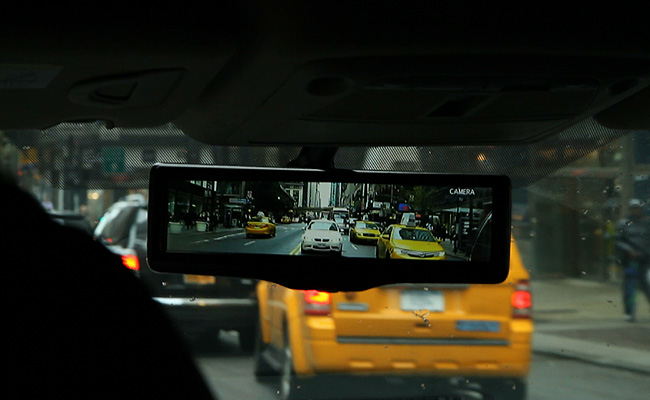 A couple of weeks ago, we reported that Nissan would show off its Smart Rearview Mirror at the 2014 New York Auto Show. Well, not only did it appear at the annual event, but it was also named the 2014 Traffic Safety Achievement Award recipient, "a recognition given annually to organizations and individuals that help create a safer environment for motorists and pedestrians."

According to Nissan, the Smart Rearview Mirror is the world's first LCD monitor that not only provides clear rearward visibility under various conditions, "but also allows the driver the ability to switch between the LCD monitor and the traditional rearview mirror."

While rearward visibility through conventional rearview mirrors can be obstructed by tall passengers or luggage stacked high in the rear compartment, the Smart Rearview Mirror solves these problems by making rearward visibility free from in-vehicle obstructions through a high-resolution camera mounted at the rear of the vehicle.

Nissan will first introduce its Smart Rearview Mirror to its home market of Japan, before rolling it out to global markets "in the near future."