Maximizing fuel to the very last drop
Apr 15, 2014
CAR BRANDS IN THIS ARTICLE 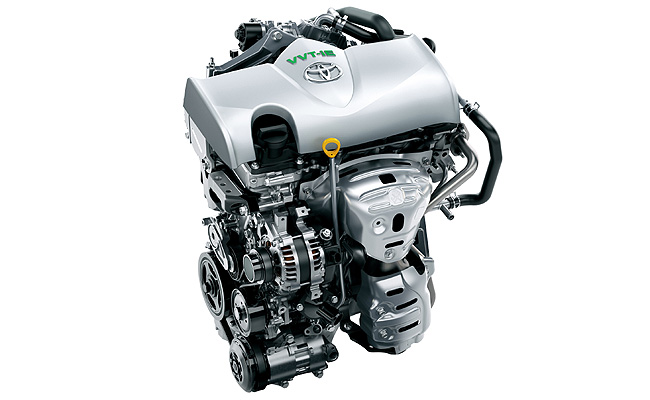 Toyota will introduce 14 new engine variants to its vehicles by 2015, which the Japanese carmaker promises will be at least 10% more fuel-efficient than the ones in its current vehicles.

According to Toyota, the new engines "leverage combustion and loss-reduction technologies [the company] has refined in its dedicated hybrid engines."

One of the 14 powerplants is reportedly a 1.3-liter gasoline engine that utilizes the Atkinson cycle. Normally used in Toyota's dedicated hybrid engines, the Atkinson cycle has "an increased expansion ratio and reduces waste heat through a high compression ratio (13.5), resulting in superior thermal efficiency."

Other measures that Toyota is taking to improve fuel efficiency are a reshaped intake port that supposedly generates a strong tumble flow inside the cylinder, and a cooled exhaust gas recirculation system paired with intelligent variable-valve-timing electric technology to improve combustion and reduce loss. Toyota claims that these features, combined with a start/stop system and other functions, will lead to a 15% fuel-efficiency gain over similar vehicles in the same class.

Another new engine is a 1.0-liter mill that has been jointly developed with Daihatsu. Equipped with a similar tumble flow-generating intake port, cooled EGR system, and a high compression ratio, and combined with start/stop function "and various other fuel consumption-reduction technologies," cars equipped with this engine are 30% more fuel-efficient than vehicles in the same class.