This April, you can attend the Tokyo Auto Salon...in Singapore 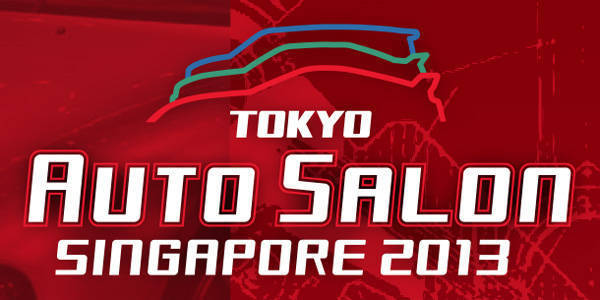 In 1983, the editor-in-chief of the Japanese custom-car magazine Option launched the Tokyo Auto Salon. Three decades later and the annual car show--held in January--is the world's most popular aftermarket event in the car industry, attracting some 250,000 industry players and enthusiasts. In the Philippines, such notable aftermarket figures as Wheel Gallery's Sam Liuson and Atoy Customs' Atoy Llave visit their industry's mecca to brush up on the latest products and services in the aftermarket business.

But even businessmen like Liuson and Llave find Japan a little too expensive to visit once a year. Good news to folks like them, for the first time in the 30-year history of the Tokyo Auto Salon, its organizers are taking the show outside Japan. To be specific, Tokyo Auto Salon will be held in Singapore.

Yes, on April 12 to 14 (Friday to Sunday) this year, the very first Tokyo Auto Salon Singapore will be held at the Sands Expo and Convention Center of the Marina Bay Sands. To be organized by MediaCorp--the same group that stages the Subaru Challenge--the show will feature more than 20 cars from the recently concluded Tokyo Auto Salon to add spice to the cars of the Lion City. Also, Japanese race queens and J-Pop idols will be flown in to ensure the event's success.

So, if you've been dreaming of going to the Tokyo Auto Salon but find the financial damage too exorbitant, this is easily the next best thing. Sure, we have the Manila Auto Salon here, but our cars simply pale in comparison with those from Japan and Singapore. Now, you have almost three months to save up. Start pinching pennies.

Original Batmobile goes for an eye-popping $4.62M at auction
View other articles about:
Recommended Videos
Read the Story →
This article originally appeared on Topgear.com. Minor edits have been made by the TopGear.com.ph editors.
Share:
Retake this Poll
Quiz Results
Share:
Take this Quiz Again
TGP Rating:
/20