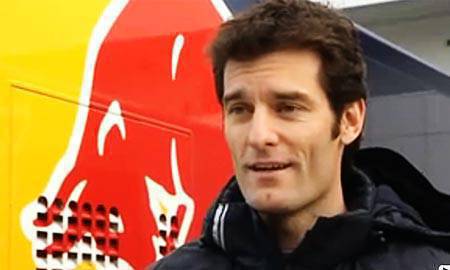 After seven seasons and with no race wins to his name, Webber is undoubtedly eager to break the duck after watching his young teammate, Sebastian Vettel, claim all the plaudits on just his first year with the team.

"I have had a few seconds this year and now I have got a pole. I think the day will come hopefully and you never know, hopefully it will be tomorrow (Sunday)," Webber was quoted saying on f1-live.com.

Webber currently sits on fourth in the drivers' leaderboard, just 3.5 points behind Vettel on third.

The Brawn GP duo, Rubens Barrichello and Jenson Button will start the German GP on the second and third spot. After lucking out of the podium for the first time this season during the British Grand Prix, Button must be eager to get back on it.

As for the rest of the pack?

Ferrari chairman Luca di Montezemolo dropped hints the Italian team might stop developing the F60 to concentrate on next year's contender, but it remains to be seen whether this is actually true or if it is just a ruse to lower the other teams' guards, especially after drivers Felipe Massa and Kimi Raikkonen finally scored points in the previous race.

Following Ferrari's footsteps is archrival McLaren, whose proponents are also thinking of keeping the MP4-24 on status quo while the team concentrates on next year's car. With half the season almost over and with no major upgrades for this Sunday's race, Lewis Hamilton and Heikki Kovalainen might play ‘follow the leader' again and end with a fifth consecutive no-points finish for the team.

With the two-week break since the Brititsh GP, it's anybody's guess on who slacked off and who trained hard for Nürburgring. One thing is certain, though. With all the political rumbling between the Fédération Internationale de l'Automobile (FIA) and the Formula One Teams Association on F1's future, today's race is certainly a nice distraction. Or could it be just the calm before the storm?

The current Nürburgring F1 track stands on a small section of the much larger and even more famous Nordschleife track, a hallowed ground for the most ardent racing enthusiast. Since 1927, the Grand Prix was mostly run at Nordschleife until Niki Lauda's fiery accident in 1976 prompted the FIA to hold the succeeding German GP races at Hockenheim. F1 has been alternately holding the German GP in Hockenheim and Nürburgring since 2007.

It was only in 1984 that F1 started using Nürburgring again, albeit in a much different form. Called the GP-Strecke (GP-Stretch), the new circuit used only a small portion of the old track. And although it met the FIA's safety standards, it became a mere shadow of its former self, emasculating what was once a legendary track that proved incredibly hard to master.

The GP-Strecke is 5.148 kilometers long with a race running for 60 laps with wide run-off areas and large gravel traps.

The unpredictable weather condition in the area is one factor to consider on race day, since a sunny day in the Eifel region where the track lies can quickly turn into a very wet and rainy one.

Michael Schumacher holds a German GP lap record of 1:29:468, which he posted in 2004. With Anna Barbara L. Lorenzo

Oil firms to cut fuel prices
View other articles about:
Read the Story →
This article originally appeared on Topgear.com. Minor edits have been made by the TopGear.com.ph editors.
Share:
Retake this Poll
Quiz Results
Share:
Take this Quiz Again
TGP Rating:
/20