Which car brand offers the best sales experience in the Philippines?

Believe it or not, Nissan--which isn't even among the top five carmakers in the Philippines in terms of sales--offers the best sales experience in the country, according to J.D. Power Asia-Pacific's 2011 Philippine Sales Satisfaction Index (SSI) Study.

Nissan ranked highest this year in new-vehicle sales satisfaction with a score of 839, performing particularly well in the delivery process and salesperson factors. Ford followed Nissan in the rankings with a score of 835. Although ranking below the industry average, Kia (823) improved more than any other brand in the study in 2011, achieving a gain of 40 points from 2010. 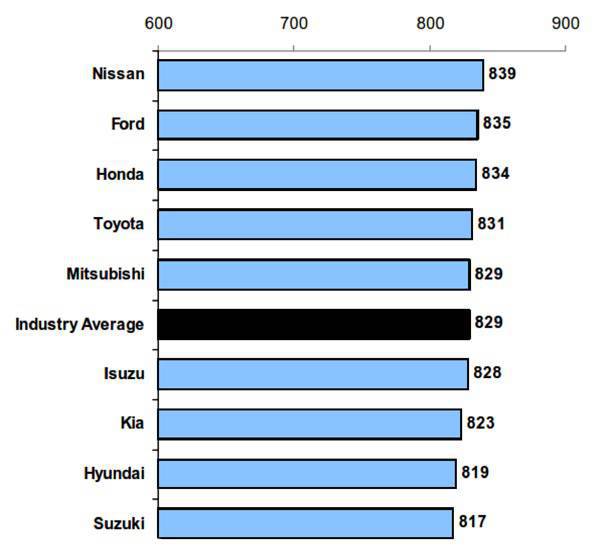 Now in its 11th year, the study measures new-vehicle owner satisfaction with the sales and delivery experience in seven key factors that contribute to overall satisfaction: delivery process; delivery timing; salesperson; paperwork; deal; sales initiation; and dealer facility. Overall new-vehicle sales satisfaction averaged 829 on a 1,000-point scale in 2011, an improvement of 10 points from 2010. In addition, all nine brands included in the study improved from 2010. Among the factors examined in the study, satisfaction is highest in the salesperson and delivery process factors, which improved by 12 and two points, respectively, from 2010. 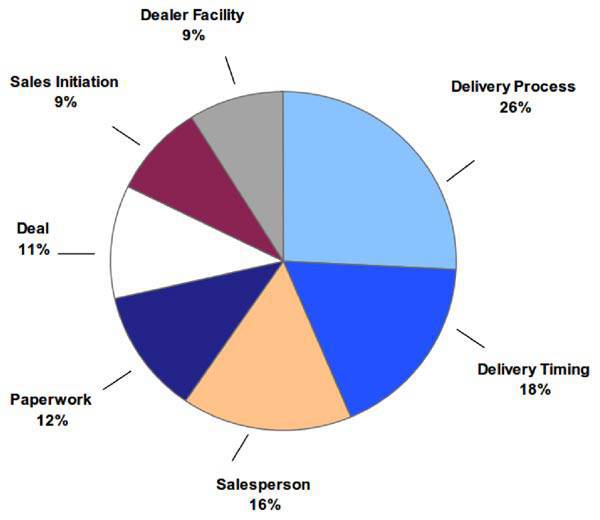 "The study finds a strong connection between sales standard implementation and overall satisfaction," said Mohit Arora, executive director at Singapore-based J.D. Power Asia-Pacific. "Overall improvement in the industry in 2011 was largely driven by more rigorous implementation of sales standards and processes across most manufacturers."

"The hefty growth rate of vehicle sales in the Philippines must not deter manufacturers from providing a delightful sales experience to their customers," said Arora. "In a market where a large majority of customers rely on traditional and non-digital sources of information in making a purchase decision--such as the reputation of the brand or recommendations from friends and family--providing a delightful sales experience helps to generate good word of mouth, which may translate into increased business."

The 2011 Philippine SSI Study is based on responses from more than 1,463 new-vehicle owners who purchased their vehicle between August 2010 and February 2011. The study was fielded from February to May 2011.

It is our understanding, however, that only brands that subscribe to--and presumably pay to enroll in--this study qualify for inclusion. (We could be wrong though.) We're sure it will be a totally different picture once you include the likes of BMW, Lexus, Mercedes-Benz, even Chevrolet. Come to think of it, the fact that the roster of car brands included in the study is incomplete, makes it rather difficult to appreciate its credibility.

DLSU unveils Philippine contender for 2011 World Solar Challenge
View other articles about:
Read the Story →
This article originally appeared on Topgear.com. Minor edits have been made by the TopGear.com.ph editors.
Share:
Retake this Poll
Quiz Results
Share:
Take this Quiz Again
TGP Rating:
/20