Take it from someone who knows
by Andy Leuterio | Aug 25, 2013
CAR MODELS IN THIS ARTICLE

As fulfilling as the triathlon lifestyle can be, it\'s also logistically exhausting. You\'re basically stocking up on gear and consumables for three sports, and these take up a lot of space. Aside from the bike, the swim gear and the running shoes, you also need to have spare tubes, spare chains, tools, chain lube, extra helmets, extra gloves, a month\'s supply of sports drinks and gels, and extra this and extra that. I have boxes and boxes of supplies at home, and they still make a tidy mess. The trunk of my car is perennially crammed with tri junk.

So imagine the dread I feel every time there\'s a race that\'s not drivable from the house. This year\'s most popular race was the Cobra Ironman 70.3 Philippines, held in Mactan, Cebu. It was very convenient for Cebuanos, but quite a challenge for everyone else who had to fly to get there. Because I\'m a masochist and a family man at heart, I also took the wifey and the kiddo along. Fortunately, as I wrote previously, we had gotten the hang of packing (fairly) light for long trips, so our luggage consisted of two check-in pieces of baggage and one carry-on per head. Even so, our Kia Sportage--fully loaded and with the bike bag taking up 60% of the space--was bursting at the seams. Max was somewhere underneath all that.

The week before the trip, I had been all set to rent a Toyota Innova for shuttling around Cebu. We could have gotten around with the taxicabs, except the roads to the race start were set to be closed at 4am on race day. I didn\'t relish the thought of finding a cab at two in the morning.

Fortunately, Kia Gateway-Cebu learned of my plight and lent us a big hand in the form of a Kia Sorento 4x4, practically fresh out of the box with just 86km on the odometer. Being the top-of-the-line unit, it had three-row seating, a panoramic moonroof, auto climate control, leather seats and some other nice toys to go with its rather hefty P1,790,000 sticker price. Judging from the decent number of Sorentos plying the streets of Cebu, however, I think the locals find it to be a fair deal.

Anyway, I first drove this midlife-updated Sorento last year in South Korea. Externally, the changes are quite subtle and you need to park it next to an older Sorento to notice the differences, namely: different foglamps, an altered rear with reshaped LED combination lamps, a new grille, LED positioning lights, and 10mm lower stance thanks to a revised suspension. The end result is a handsome shape that isn\'t too trendy and therefore ages very well. Inside, the center stack was redesigned for a larger display screen, and the central gauge of speedometer and odometer is displayed via a lovely TFT screen. As with practically all Peter Shreyer-designed Kias, the Sorento has a palpable sophistication that\'s more European than Korean.

I used the Sorento for a pre-race reconnaissance of the bike route, and for shuttling between cities for post-race celebratory dinners and get-togethers with relatives, friends and clients. As it turned out, the suspension is just about perfect for our subpar roads, which are exceptionally scabrous in Mandaue City with all its patches, potholes and ruts. The midlife upgrade introduced all-new, stiffer subframes, larger bushings, revised suspension geometry, and longer trailing arms for a more solid ride that\'s largely unperturbed overall but for the biggest bumps. The lower stance effectively lowers its center of gravity, giving it a more planted feel on the road without giving up much in ground clearance. I think that for SUVs of this type, hardcore off-roading is a very remote possibility. The AWD and ground clearance are really for driving through floods and across occasional muddy tracks.

The 194hp 2.2-liter TCI engine is a gem. It\'s quiet, smooth and torquey, thanks to a third-generation common-rail fuel system, variable geometry turbo, advanced ECU with a 32-bit microprocessor, and chain-driven cams. I remember the Sorento easily cruising at 140kph on the South Korean highways. On the congested streets of Cebu, it\'s a miracle to even hit 80kph for at least a minute. With stop-and-go traffic as the norm, the engine has enough torque to get you moving along briskly at low revs, and the displacement isn\'t so large that it burns up fuel just standing still. Indicated fuel consumption was a reasonable 9-10km/L, and that included an hour sleeping in it on race morning waiting for the transition area to open. A vibration damping balancer shaft effectively quells most of the roughness inherent in the diesel engine. After a cold start, the engine makes a minor racket for a minute or two before it finally warms up and quiets down. The six-speed automatic is perfectly matched to the engine, quick- and smooth-shifting and with an ergonomically shaped shifter, too.

We didn\'t need to use the third-row bench, so we kept it folded flat. Cargo space with the latter folded is big enough for several suitcases and boxes. The second-row bench is split 60:40 and can also be adjusted for rake, something you can\'t do with the Sportage. Both the second and third rows get their own A/C vents, too, another upgrade over the Sportage.

One thing the Sportage DLX has over the Sorento is that the former gets a power-adjustable driver\'s seat, while the latter sticks with manual adjustment. Still, the Sorento has better seats. They\'re wide and plush, perfect for parking your butt for a four-hour road trip or after five hours busting it in a half-Ironman. If you don\'t feel the need for that third row, the five-seater Sorento with the diesel and AWD is a friendlier P1,450,000 and the front-wheel-drive version at an even better P1,350,000.

As SUVs go, the Sorento doesn\'t try to feel overtly sporty nor rugged. It is a solid-feeling, supremely comfortable, family-oriented vehicle with a hint of Euro style--and it does its job very well. 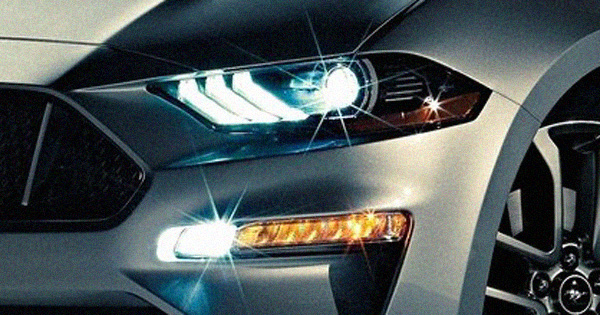 Are HID projectors for cars a good investment?
View other articles about:
Read the Story →
This article originally appeared on Topgear.com. Minor edits have been made by the TopGear.com.ph editors.
Share:
Retake this Poll
Quiz Results
Share:
Take this Quiz Again
TGP Rating:
/20