We drive the Blizzard 4x4 and experience a few surprises
by Paulo Rafael Subido | Sep 16, 2010
CAR BRANDS IN THIS ARTICLE 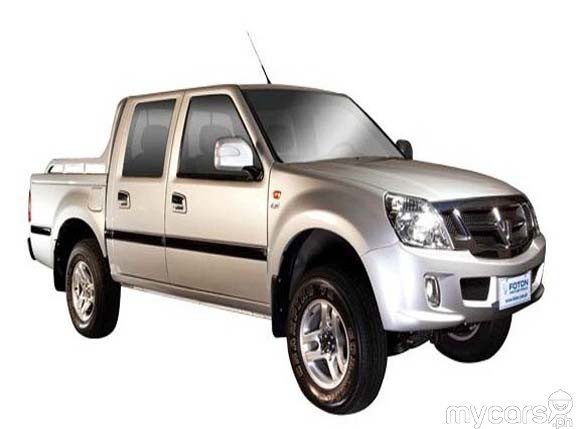 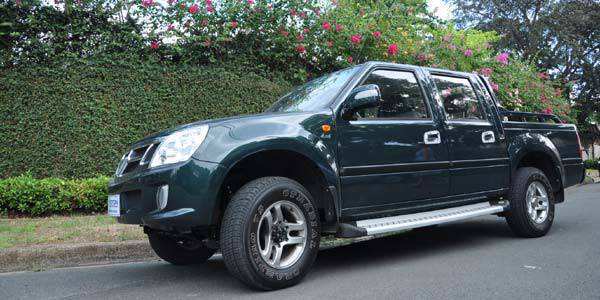 I’ve driven the Isuzu Fuego before and the experience was very bland. I mention this because the Blizzard is based on the old Fuego, Foton having acquired some of the tooling from Isuzu. I am told this by Foton’s Libby Panaligan (who does marketing for the brand) before I peeled away from the Foton dealership along A. Bonifacio Avenue in Quezon City. Now, how did I find the test-drive? Well, the Blizzard didn’t feel bland at all, because upon feeding the throttle the pickup just took off and accelerated away at a rapid pace. I was indeed surprised at the engine’s alacrity, and can only assume that the turbocharger was spinning like hell. There was a bit of diesel smoke in my wake, but well, what can you do?

Under the hood is a 4JB1T four-cylinder, direct injection, turbocharged diesel engine mated to a five-speed manual transmission. Like most current model four-wheel-drives you can activate the center differential through buttons on the dash. There were no major issues for the duration of the test drive, and well, the Blizzard was just a plain-Jane pickup. For a Chinese vehicle, this is a good thing. There were no loose fitting panels, falling emblems, or major problems and issues to make it feel cheap. At the end of the day the Blizzard is a decent and basic workhorse.

I suppose this article is a good venue to get something off my chest. Reviewing a Chinese car is tricky. Some readers expect bad (and at the same time humorous) reviews, assuming that the writer will be extra brutal with his findings. Write an honest and fair review and the manufacturer gives you a call saying how you are biased against them, cursing you all the while. Write a good review about the car and colleagues will assume you are being a little too diplomatic. I say this based on my experiences sampling all the Chinese brands that entered the country in the last three years. I proclaim myself to be the Chinese-car expert among the TG staff.

Yup, I know Chinese cars pretty well, and I have a pretty good idea about how a brand can earn the public’s trust. What sets Foton apart is the team’s openness to criticism. When I returned the vehicle the crew at the dealership asked me if anything went wrong with the test unit while it was in my possession, and we talked about my observations. The A/C thermostat stayed on the coolest level and the central locking doors don’t trigger when the key isn’t in the ignition. Apart from that, everything worked properly.

The staff said that they will look into the problems, and hopefully eliminate them from other units before they are sold. I was surprised at the positive attitude. This sure beats getting a phone call from an irate manager who expects a glowing review. In the end, a car is car, and the only way to review it is to forget about the badge.

What’s driving the Blizzard like? It is a blast from the past--how pickups and cars used to be like back in the late Nineties. You can’t expect it to have the fit and finish of the current Ford Ranger, but what you do get is a basic package. For P890,000 a 2.8-liter, 4x4 Turbo, that’s not bad. Without any passengers and cargo expect the ride to be bouncier than and not as refined as other pickups today. This is not so much of a problem because you get what you pay for in the end.

The Blizzard’s main selling point, though, is the attitude of the people behind the brand. Foton is a fledgling company (founded in 1996) and it still has a long way to go before gaining acceptance in the passenger vehicle market. As long as it listens to its customers (and humble journalists), it will build trust among the motoring public. Other Chinese brands have much to learn from Foton. No wonder its reputation is on the up and up.

Mother Nature's sons: Mazda 2 vs Toyota Vios
View other articles about:
Read the Story →
This article originally appeared on Topgear.com. Minor edits have been made by the TopGear.com.ph editors.
Share:
Retake this Poll
Quiz Results
Share:
Take this Quiz Again
TGP Rating:
/20