Can the 2018 Jeep Cherokee stand out from the competition?

It's fine, it's okay, and it's adequate
by TopGear.com | Sep 11, 2018
Toyota Corolla Articles
Feature Article

Everyone can breathe a sigh of relief—Jeep has facelifted the Cherokee and in the process ditched the squinty-eyed headlights. Phew. We’re all for making cars stand out, but there’s no need to make it a freak show in the process.

Like all facelifts, the surgery is part of an effort to try and keep the Cherokee current, but you get the feeling this is a window-dressing exercise, and that this car is in a holding pattern until the all-new one arrives in a few years’ time.

For proof, look at the engines it gets. Or doesn’t. Whereas rivals have got plug-in this and fully electric that, the Cherokee is soldiering on with a 2.2-liter diesel. It’s the same Multijet unit that appears across a lot of the FCA spectrum, and, in the UK at least, produces 192hp. Europe also gets a 148hp version, but Brits won’t be getting that one. There is a new 2.0-liter turbo petrol coming, with a useful 266hp.

To be fair, Jeep’s global sales figures are going in the right direction at the moment – that’s upwards – but the smaller Renegade and Compass are providing most of the oomph in Europe. The Cherokee probably won’t give the same sort of push in this part of the world, so the focus is on the cars that are selling well and keep the others ticking over. It makes sense.

The restyled nose is the big news on the facelift, but there have been other tweaks as well. The rear styling has been tightened up and the interior has had a going over, including an updated sat nav system and a few extra storage cubbies. Exciting stuff…

Jeep is also emphasizing the safety kit on the new Cherokee and there’s the usual bucket-load of abbreviations to keep all you acronym- happy.

Finally, the front-wheel-drive car is now available with the nine-speed automatic gearbox, a vital addition if the Cherokee is to stand a chance against the more premium rivals where an auto is almost mandatory.

What hasn’t been altered is the off-road capability, so not getting stuck is still one of the Cherokee’s trump cards. Assuming you get the all-wheel-drive Cherokee, obviously.

Pricing is a potential sticking point. The numbers aren’t released for the UK yet, but it’s likely to be £40,000 (P2,800,000) plus and in that sort of territory there are all sorts of rivals who make life uncomfortable for the Cherokee. 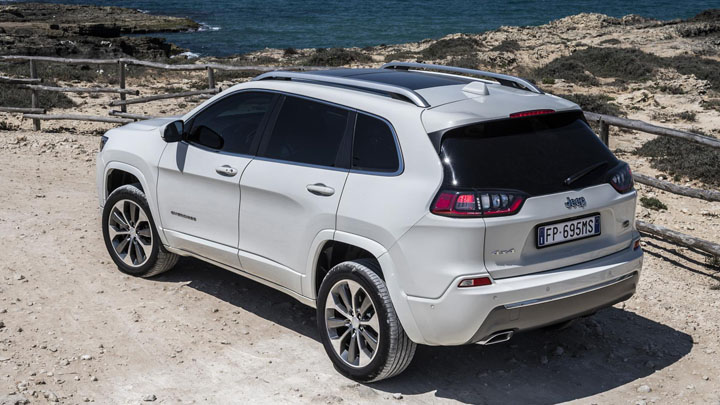 A quick lesson in off-roader distinctions for you: the Cherokee is a 4x4, not an SUV. And remember, SUV stands for Sports Utility Vehicle. Keep that difference in mind, because there is nothing sporty about the Cherokee. The steering is vague, with an odd dead patch around the center, and despite the car having independent front and multi-link rear suspension, there’s not much enthusiasm through a corner.

Where it does do better is the ride quality. It’s a bit lumpy around town, but once you’re up to speed, the Cherokee settles down and easily copes with long schleps down a motorway. And thanks to the nine-speed auto, there’s not much engine noise at 112kph. For one of the more off-road focused cars in the class, it’s impressive how comfy it is on-road.

But the auto isn’t perfect as it holds onto gears too much when you’re cruising at slower speeds. Net result? The rev needle hovers at around 2,000rpm, and when the engine’s spinning over at that sort of speed, too much rattle filters back into the cabin. Pity.

Not that it’ll re-write the rulebook on acceleration figures. Its 0-100kph time is, at best, 8.8 seconds (9.1 for the two-wheel drive) but again, remember that the Cherokee is an SUV without the S. And there’s no point thrashing the engine – this isn’t a diesel that gets silkier the more you rev it.

It all adds up to a car that doesn’t quite seem happy with itself – there are aspects that work, but they don’t gel together. 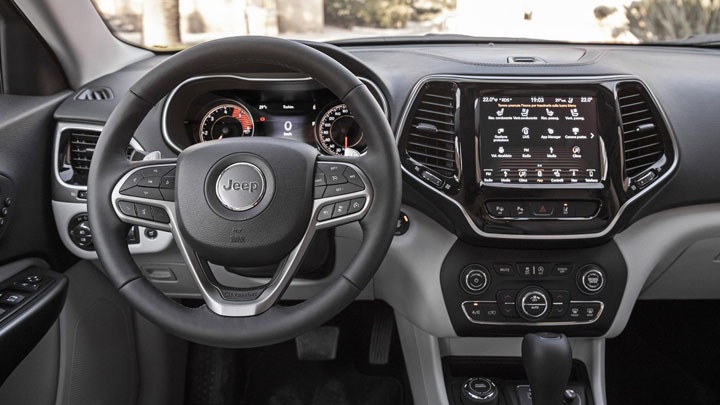 There was a time when US cars in Europe were always getting panned for cheap interiors, with enough Bakelite plastic wood on show to keep a series of Mad Men in props. Well not anymore. The Overland spec does have a Zebrano wood-accented steering wheel, but it’s black so looks okay. Plus, it matches the decent piano black highlights elsewhere on the dash.

The interior isn’t Audi-esque, and it’s missing Volvo’s beautifully simple design language, but the plastics feel hard-wearing with quality touches that have been missing from Cherokees of old—Overland models even get a leather-covered dash. And at least the center stack that’s dominated by the new sat nav doesn’t look like someone spilled a load of buttons all over it.

That’s because the nav is touchscreen, but Jeep has kept a smattering of knobs so at least the major controls are easy to work through. It’s largely easy to navigate, although some climate options, like the brilliantly powerful seat ventilation settings, are buried through a couple of different pages. But still, it reacts quickly and comes with Apple CarPlay and Android Auto as standard, so it’s got all the compatibility you could want.

As you’d expect from the slightly boxy shape, the interior is spacious. Rear legroom is pretty good and your little darlings will sit up considerably higher than the front seats, so the view forward isn’t bad. The panoramic sunroof is good for letting in light, but it does eat into headroom.

There’s no seven-seat option on the Cherokee, so the trunk isn’t as commodious as it is on cars like the Land Rover Discovery Sport. And it now has a foot-opening option, so we can all look like we’re auditioning for the Ministry of Silly Walks as we try to open the trunk. 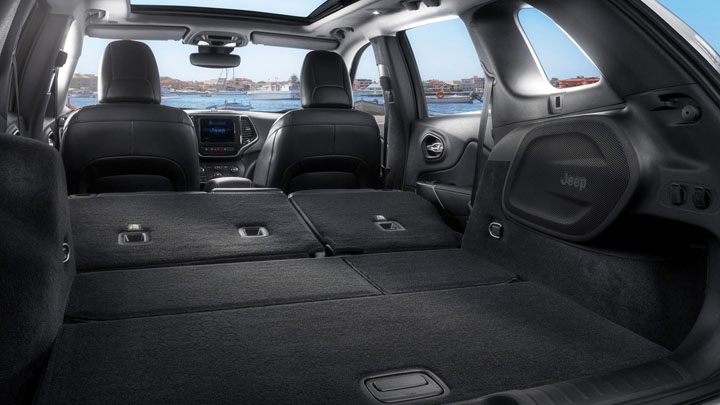 This is not a class where mediocrity is anywhere near good enough. And sadly that’s where the Cherokee sits—it’s not disgraceful in any area, but it also doesn’t excel anywhere. The engine is fine, the chassis is okay, the interior room is adequate, the build quality fair. Notice what we’re missing there? Adjectives like brilliant, superb, class-leading.

If the Cherokee was any of those, or if it was priced more competitively against rivals—we suspect it will be dangerously close to excellent cars like the XC60—then it’d be a more compelling car. 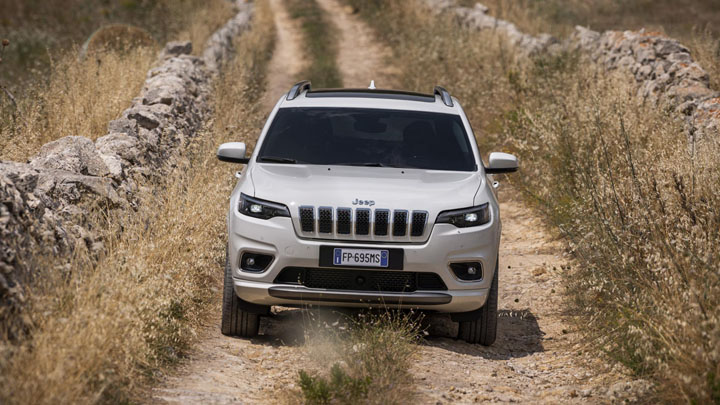 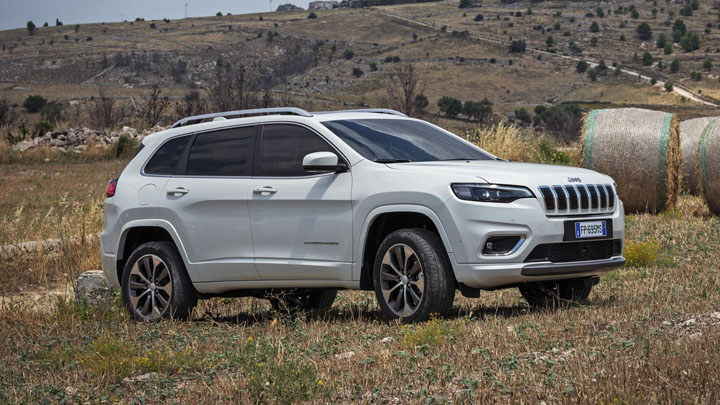 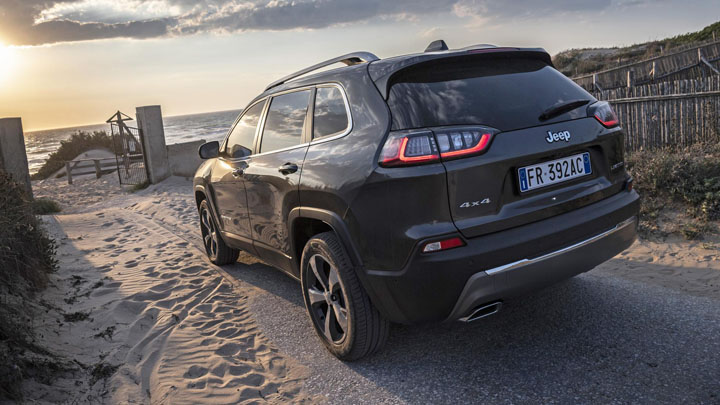 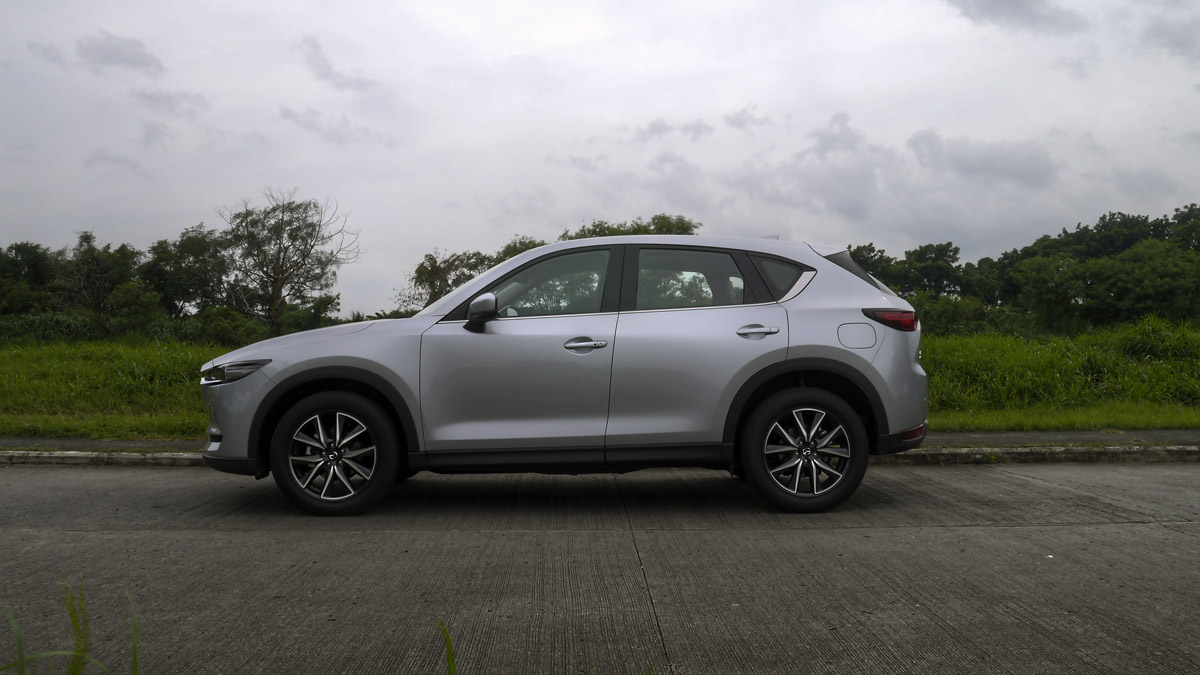