It looks very familiar, doesn't it? Carmela Ortiz-Kaewdaeng experiences déjà vu as she finds out if a mere copy is any good
Jan 30, 2009

FOR THE duration of my test drive of the Chery Tiggo, I was asked several times if I'd bought a new Toyota RAV4 - despite the Chery badge that gave the Tiggo's identity away. It is a tad smaller, but it really could pass for a RAV4. Everything - from the body to the interior - is all a carbon copy of the Toyota's compact SUV.

But the difference is that the Tiggo has a 1.6-liter ACTECO engine, which is clearly not enough for its build. Just going uphill is a very sweaty task. But driving on level roads is okay: It actually satisfied my need for speed.

The downside, though, was that I had to keep it at 100kph because, past that, I could see the hood slightly popping up, and that's not good news. The rear doors were also hard to shut, and there were times when they opened by themselves, as if by magic. I was thankful the warning light for open doors worked.

Because of the RAV4-ish interiors, there is an actual Twilight Zone moment when you enter the Tiggo. The center console and the gauges all scream RAV4. But to my surprise, the seats were very comfortable and even had built-in heaters that eased my back pains. They were like heated therapy chairs sans the massage. The Tiggo's back seat is also spacious, and the rear compartment can hold more than enough luggage for an out-of-town trip with your entire barkada.

This is the car for newlywed couples, or fresh graduates who plan to earn extra money by carpooling. If you're driving it in the city, you can get a good fuel mileage of 14 kilometers to the liter. Perfect for the trying times.

There are some features that you may find lacking especially if you're used to SUVs with prices ranging from P800,000 to P1 million. But Chery packed this Tiggo - priced at P699,000 - with all the basic features and even a wrap-around body kit and spoiler by Starbright Bodykits. It still has a long way to go to make a mark in the Philippines, but what is good with Chery is that it's very open to suggestions in order to make its brand work for Filipinos.

The fact that the Tiggo is a very cheap compact SUV with very good fuel mileage makes up for the obvious flaws that it has. It is the cheapest of its kind in the local market right now - what more can we ask for? 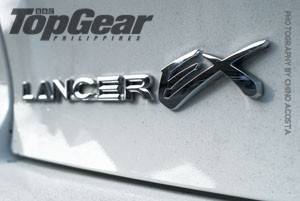