How does the MU-X fare with a smaller engine?
by Ian Magbanua | Apr 6, 2018
CAR BRANDS IN THIS ARTICLE 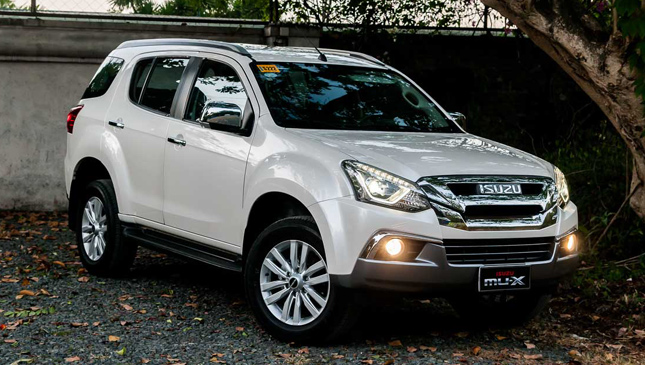 Isuzu Philippines has been on a roll as of late, bringing in its Blue Power Euro 4 heavy hitters in both its passenger and commercial offerings. And though Isuzus are more at home with the words tough, rugged and reliable, the new offerings have shown that they can be sophisticated as well.

Now that Isuzu has implanted the new RZ4E 1.9-liter engine into the 4x2 MU-X variant, it’s time to see how the whole package fares against the competition. 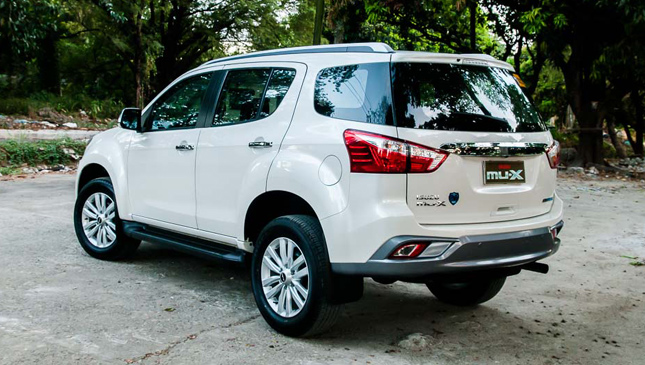 The MU-X facelift for 2018 is a stunning upgrade for the already burly looking machine. A wheel size bump from 16 to 18 inches gives the truck a better stance and more attitude, while the bi-LED headlamps provide it a more aggressive front, with the DRL strip cutting back and up through the headlamp cavity to accentuate the eyes of the SUV. There is absolutely nothing from the outside that distinguishes this from its 3.0-liter counterpart, which is a good thing. 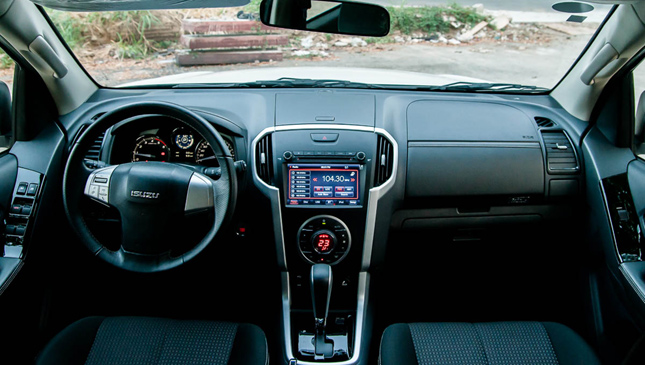 What's great about this variant is that it retains everything else from its more powerful 3.0-liter 4x2 brother. The plastics, though far from luxurious, are well-built and stylish. The remote control outfitted tiller and comfortable shifter make for great driving controls, while the ambient blue lighting from the door cards add a flair of sci-fi sophistication that elevates the vehicle away from its utilitarian roots.

Although the 8-inch touchscreen infotainment system is at par with its competitors, Isuzu has retained physical controls in the form of knobs and switches. The same goes for the A/C controls, large and slotted right smack in the center of the console. No more unwieldy and awkward finger sliding for the basic stuff. 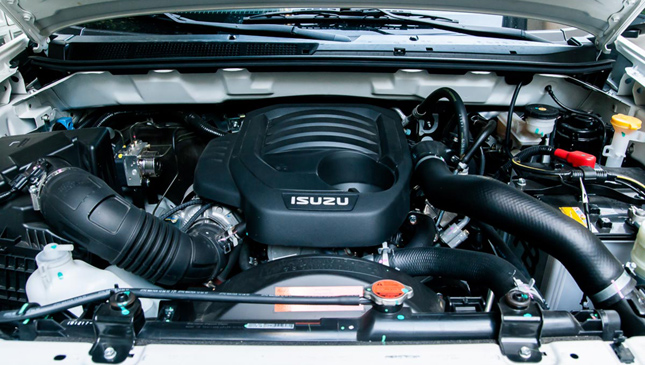 The big surprise here is the first-in-class 1.9-liter turbodiesel called the RZ4E-TC. The mill is the product of more advanced engineering than the 2.5-liter 4JK1 it replaces. It boasts less parts, a 60% decrease in weight, better fuel economy, and better power and torque figures.

To be honest, this engine is a surprisingly smooth-driving, peppy little powerhouse. It moves the 2,650kg truck with confidence. Under normal driving conditions, you'd be hard pressed to think that the RZ4E MU-X is down a couple of hundred ccs from your usual diesel SUV.

There is more than enough grunt anywhere in the engine’s range to keep one happy, whether it’s slowly creeping in metro traffic or speeding through open roads. Without even testing it for economy, the truck was returning upwards of 10km/L in heavy urban driving.

What I absolutely loved though was the engine noise. Or rather, the lack of it. This is one of the quietest diesels in its class that I’ve had the pleasure of experiencing, and contributes greatly to the perception of a more sophisticated midsize SUV. 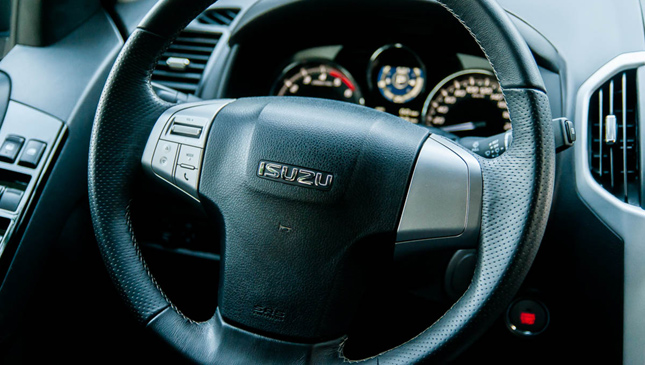 This is where it gets a bit vexing. As a pickup-based SUV, the concept of excellent ride quality is relative. Compared to a sedan, an SUV would fare rather poorly. Amongst themselves though, there are class leaders, and unfortunately this one isn’t.

Once you get up to speed, the ride comfort and suspension dynamics become more at par with the competition, but at low speeds (think village driving) the ride gets quite disconcerting. It could be that the suspension is set up for the heavier 4JJ1 3.0-liter rather than the lighter RZ4E, resulting in a low-speed ride that accents every road imperfection and will make jello out of one’s jiggly bits. I even checked the tire pressure, and they weren’t the culprit. 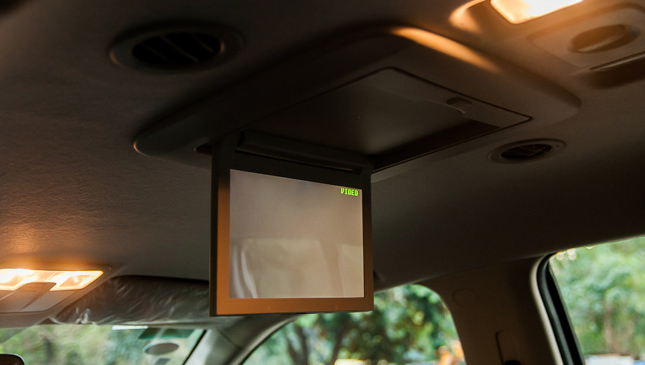 The family-centric MU-X has a great entertainment system, featuring an 8-inch touchscreen unit that has all the mandatory connectivity features, and is hooked up to the 10-inch foldable ceiling screen to keep the rear passengers happy and entertained. For the coin you'll dish out, you also get passive entry and a push start/stop system, with three high power USB ports to connect all your devices. There’s also a good amount of smart storage spaces, with 12 cupholders to keep everybody’s drinks in place. 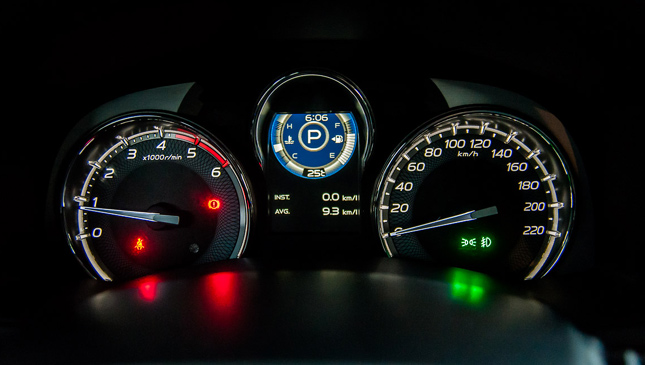 With just 26hp and 30Nm of torque down from the top of the line 3.0-liter LS-A 4x2 AT, this is more than just a practical, cheaper proposition. It actually makes more sense if you do your driving in the city than out of it.

Yes, you get more power and speed from the 3.0-liter variant, but it really isn’t by much. And the only times you’ll ever really notice the difference is a) if you have both and switch trucks on a daily basis and b) you’re head to head with one on the highway, with a full load. Both scenarios wouldn’t be impossible, but are quite improbable.

The gist? It doesn’t really matter unless you need the increase in power and torque for something specific. The only letdown would be the vehicle’s low-speed ride quality. But a difference of P250,000 between the two 4x2 variants is definitely something to consider. Depending on your driving needs, the 1.9-liter might be your winner. 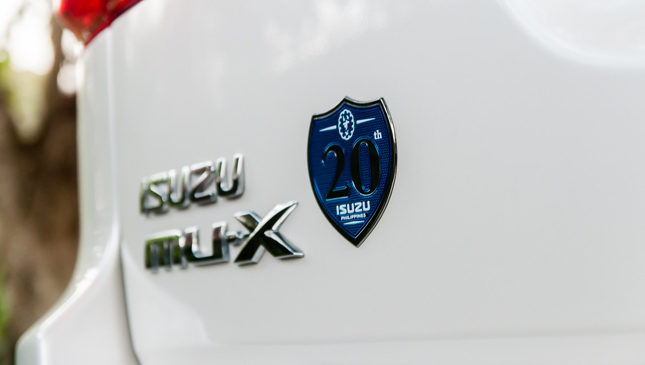 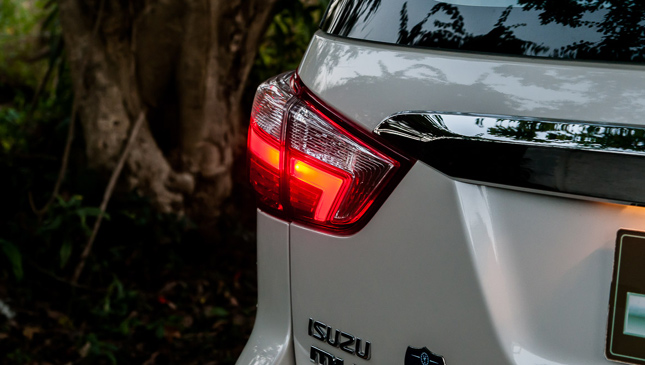 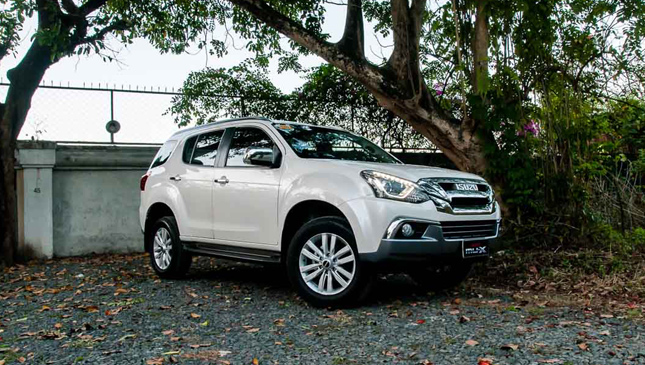 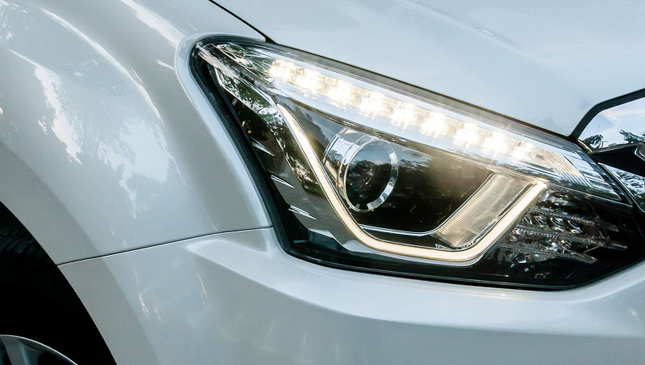 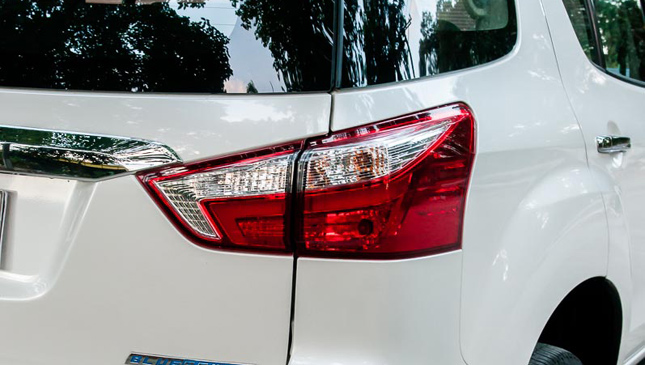 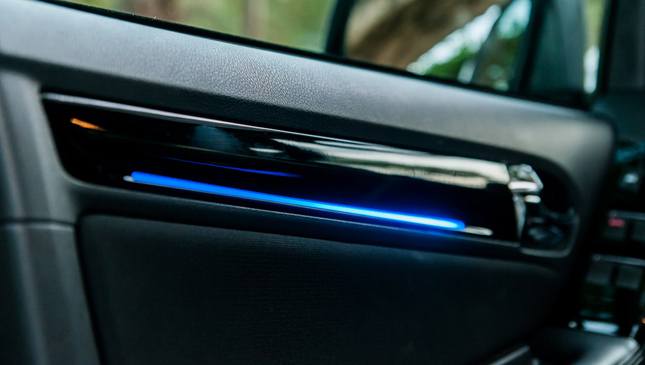 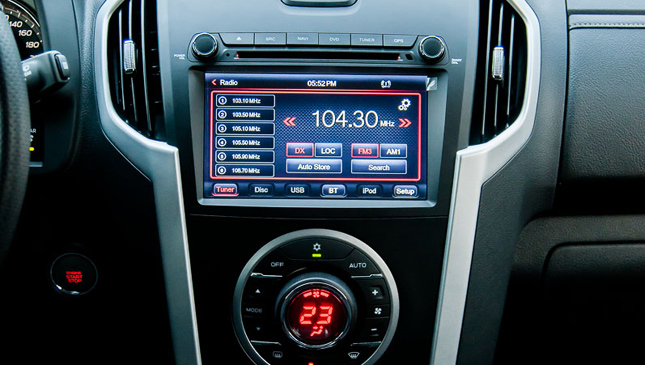 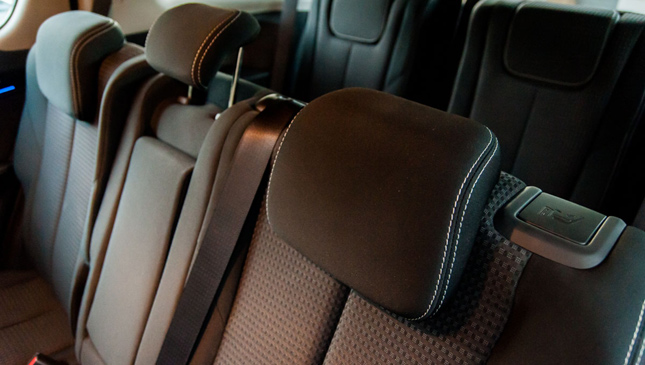 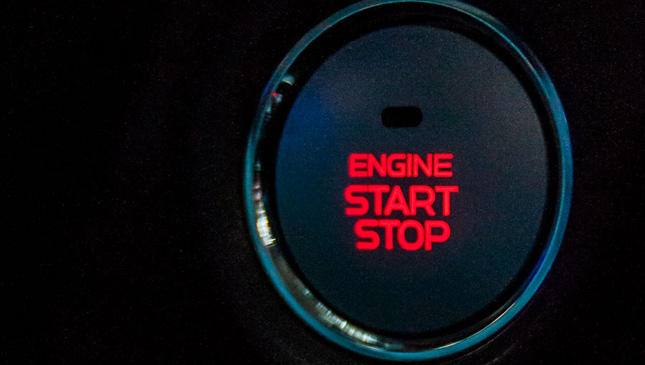 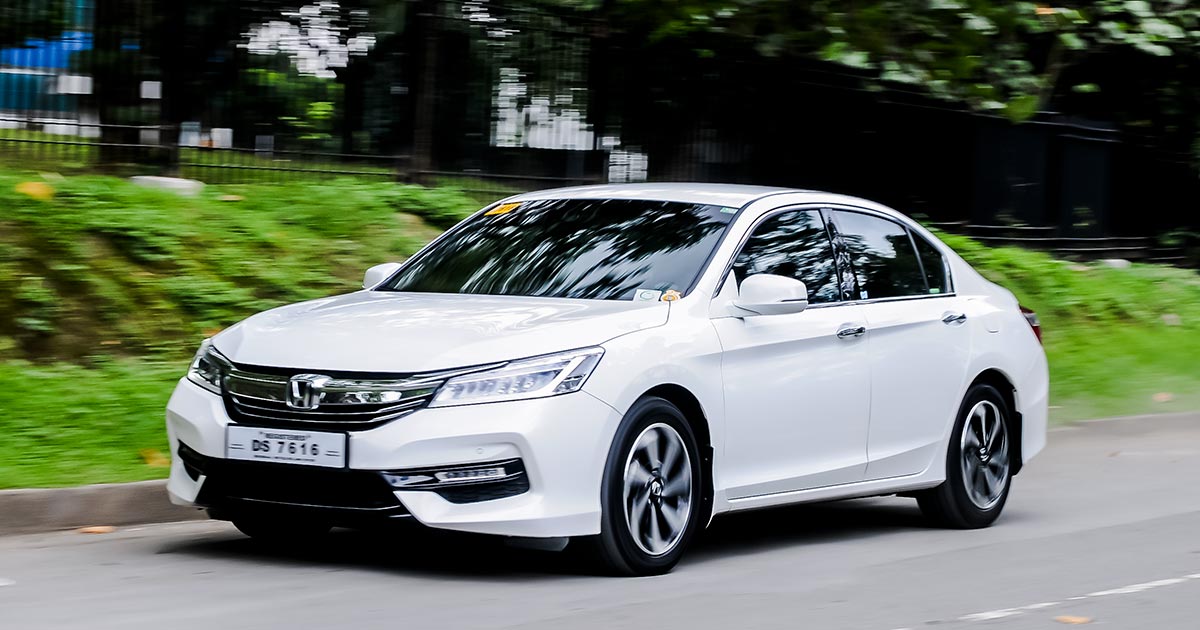 Review: Honda Accord 2.4 S Navi
View other articles about:
Read the Story →
This article originally appeared on Topgear.com. Minor edits have been made by the TopGear.com.ph editors.
Share:
Retake this Poll
Quiz Results
Share:
Take this Quiz Again
TGP Rating:
/20