New toy on the block

It will be difficult for Suzuki to top the success of the Swift, but Dinzo Tabamo feels this car has a fighting chance to do just that
Feb 3, 2009
CAR BRANDS IN THIS ARTICLE 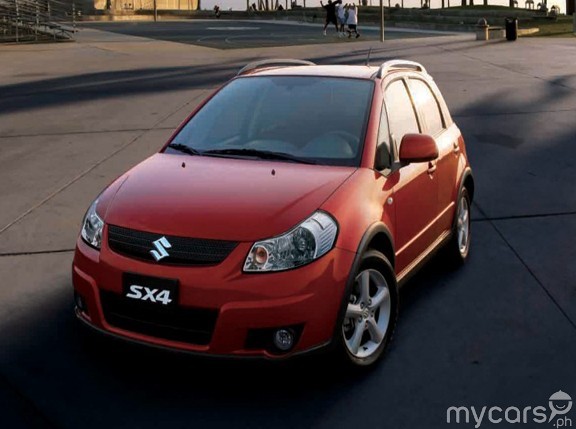 Suzuki vehicles usually become shining examples of their segment (Swift, Grand Vitara) or orphans because no segment would take them in (Alto, APV). But you can always count on Suzukis to have character. And the character Suzuki wants the new SX4 to put on is that of the posh and stylish ride for the young executive. Its advertising campaign shows a junior manager entering the parking lot and looking with approval at his gleaming SX4. Then he drives off into the metropolis, the cityscape reflected on the car's shiny metal skin.

The Giorgetto Giugiaro-designed body looks sleek despite its high roofline. Wraparound headlamps and a honeycomb grille entrench the SX4 firmly in the realm of modern design. With its side skirts and front airdam kit, the SX4's stock look can already turn heads. The right set of aftermarket wheels will also do wonders for the car, given how trendy it already looks. Suzuki certainly knew the local market had a weakness for pogi cars: They even launched the SX4 with a fashion show that made all of us feel underdressed - except for Brian Afuang.

In terms of space and comfort, the basic black seats and high roofline create a roomy and straightforward interior. The audio system deserves special mention. With eight speakers and an MP3-compatible CD player, the stereo will do justice to even music with subtle notes, like jazz or classical.

The SX4 is more than capable of giving an enjoyable driving experience. When you give the gas pedal a shove, the automatic transmission downshifts and the engine gives a scary wail, revving up to almost 5,000rpm. The car then lurches forcefully, pushing you back in your seat. The suspension setup of MacPherson struts in front and torsion beam in the back keeps the car in control, but it's not a smooth process.

We wish Suzuki would bring in the all-wheel-drive variant they sell in the US market - the same car that currently competes in the World Rally Championship. Then again, Mr. Junior Manager probably doesn't need to drive the SX4 on mud ruts and dirt trails like those found on a rally course. His SX4 is at home in the city, parked beside a Starbucks or at the country club, with the cavernous trunk carrying his golf clubs. In those settings, the SX4 shines.
ADVERTISEMENT - CONTINUE READING BELOW ↓
Recommended Videos
Read Next

Made in America
View other articles about:
Recommended Videos
Read the Story →
This article originally appeared on Topgear.com. Minor edits have been made by the TopGear.com.ph editors.
Share:
Retake this Poll
Quiz Results
Share:
Take this Quiz Again
TGP Rating:
/20