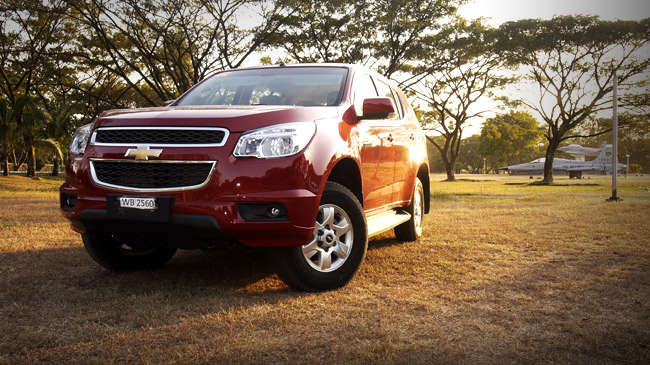 When you're one of the big boys, you tend to be conservative when it comes time to face-lift a model. You add a bit of chrome here, some new wheels there, maybe tweak the suspension a bit. When you're the new kid on the block, even if you have the toughest, most powerful SUV in its class, you've got to be more daring than that. The Chevrolet Trailblazer may be hot right now, but the moment its Japanese competitors get their mid-model refresh with that 50% chrome-ier grille, it'll be yesterday's news. In recognition of this, Chevrolet is taking preemptive action. No, they're not releasing a Trailblazer Extreme package with 20-inch rims and LED foglights; instead, they're giving the Trailblazer the Clarkson Special: more powerrr! 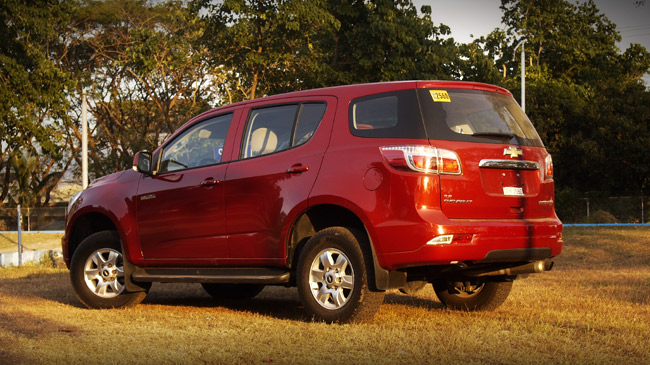 Little has changed here from the 4x4 LTZ Trailblazer, which we reviewed last year. Which isn't a bad thing. The most noticeable differences are the smaller wheel-and-tire package, with 16-inch alloys wrapped in 245/70 tires, and the lack of projector headlights. The Trailblazer's looks have worn well since its introduction, and as it's not a common sight on our roads, it's still pretty fresh in most people's eyes. It's a unique mix of Euro-style design cues and American brashness, down to the tall, clamshell hood. Until Ford releases the new Everest, this stands as the most butch-looking SUV of the bunch. 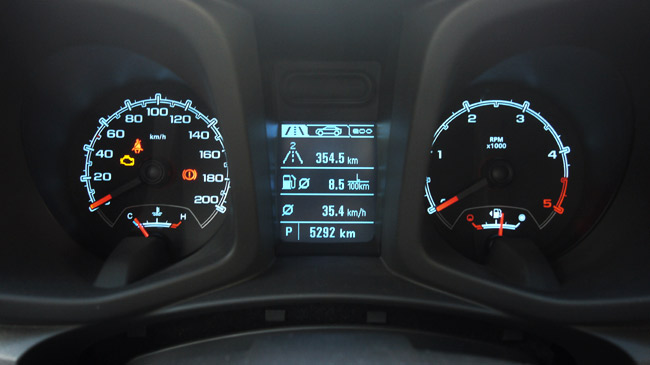 The interior is similar to the 4x4 LTZ, minus the funky all-in-one climate control knob, replaced by a more traditional multi-knob manual climate control system. The interior is still characterized by attractive but hard plastics and a wash-and-wear sensibility. Seat space and comfort are still top of the class, even without the LTZ's power-adjustable leather driver's throne. New here is a rear cargo tray, which exacerbates the rather high loading lip, but allows for a flat cargo floor with the third row folded. The tall ride height also works against easy cargo and passenger loading. Considering this 4x2 variant isn't going far off-road, it would be nice if it were around two to four inches lower to the ground.

We once called the 2.8-liter VCDi the King of the Hill. I guess that makes the upgraded 200hp variant the Emperor. Matched to the typically smooth and responsive six-speed automatic and rear-wheel drive, it propels this seven-seat leviathan to 100kph in around nine tire-squealing seconds. And yet, it still returns a decent 12km/L in mixed driving. Even if you can't resist putting your foot in it every now and then, just to feel the rush of acceleration when all 500 fig-newtons of torque kick the metric system in the nuts. Ford's 3.2 may have as much power on paper, but they're going to have to work on beefing it up to get it to feel anywhere near as powerful as this. 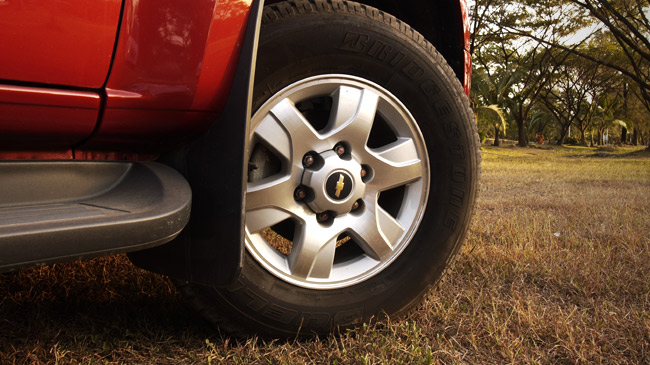 The 4x2, unlike the 4x4, comes with what Chevrolet calls a "soft ride suspension system." While this means that ride comfort and wheel control are better than the LTZ's--no doubt also helped by the smaller tires--it would be nice if the Trailblazer had the dance moves to go with the heavy metal under the hood. Then again, it's probably not a good idea to explore the limits in something so tall. Scratch that--it's definitely not a good idea. There's no traction control or stability control, and the soft suspension and narrow tires make the 4x2 a bit unsteady in crosswinds. Short drivers will need a booster to see over the hood, and aftermarket parking sensors are a must here.

The Trailblazer's multiplicity of power points proved a godsend on a long road trip, allowing us to power gadgets and a handy portable ref. It turns out, however, that the AC-cooled front cupholders are more effective than a cheap fan-powered ref! While the new LTZ gets a touchscreen, the 4x2 soldiers on with a regular 2DIN head unit and a decent (but not thrilling) six-speaker system. A cool touch here is the multi-information display readout. Most people won't care about "engine hours," "transmission temperature" or "battery voltage," but for those who plan on using the Trailblazer's three-ton towing capacity, they're useful things to know.

The Trailblazer has been the most complete package in its class since the day it was launched. All that's ever been missing is a 4x2 automatic variant to fill the gap between the top-of-the-line 4x4 and the base model. Not only does the new 4x2 fill that niche, it stuffs it full of torque and blows it out of the water. It may not have as many toys or gadgets as its Japanese rivals, but it packs a whole lot more in-car entertainment under the hood. It also bridges the performance gap between the SUV class and the Korean crossover niche, providing both high performance and utilitarian ruggedness in one complete package.

Review: Subaru Forester XT
View other articles about:
Read the Story →
This article originally appeared on Topgear.com. Minor edits have been made by the TopGear.com.ph editors.
Share:
Retake this Poll
Quiz Results
Share:
Take this Quiz Again
TGP Rating:
/20