Do you believe in the ghost month?

In Chinese tradition, the seventh lunar month--which happens to be the eighth (August) in our standard calendar--is regarded as the "ghost month," during which "ghosts and spirits" are believed to come back from the nether regions. It's interesting to note that even in the 21st century, this belief is still quite popular among many Chinese businessmen, who are convinced that the aforementioned period is bad for commerce. This year, that period falls specifically on July 31 to August 28.

Those who still adhere to the belief insist that August is not an auspicious time to make major purchases, including houses and cars. Indeed, in years past, August had always been a weak month for car sales, probably because Chinese car buyers really shied away from showroom floors. Because of this, there are industry executives who fear the month, worrying how they'll be able to work around the "jinx" and hit their sales quotas. To be fair, some of them don't fear the month themselves--what they're anxious about is the fact there remains a sizable chunk of the market that is swayed by the so-called ghost month. Which explains the numerous sales events and mall displays around this time of the year.

Last year, the industry enjoyed a solid car-selling month in August, moving a total of 14,335 units, or 35.6 percent more than the tally in August of 2009. Hopefully, that was a sign that Filipino-Chinese car buyers were beginning to shed their belief in the ghost month.

No offense to our Chinese friends, but we really hope we can start putting this unproductive belief behind us. Let us conclude this by citing a verse from the Holy Bible: "Have nothing to do with godless myths and old wives' tales; rather, train yourself to be godly" (1 Timothy 4:7). 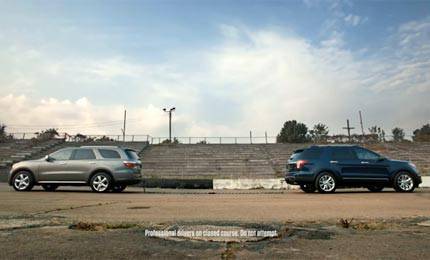 Tug of war: Dodge Durango vs. Ford Explorer
View other articles about:
Read the Story →
This article originally appeared on Topgear.com. Minor edits have been made by the TopGear.com.ph editors.
Share:
Retake this Poll
Quiz Results
Share:
Take this Quiz Again
TGP Rating:
/20