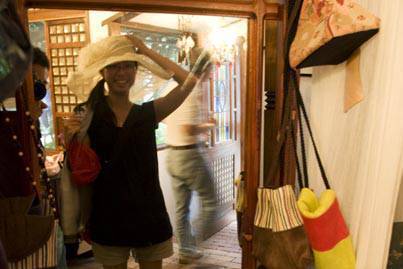 My lifestyle has always been typically middle-class. I live in a house that is by no means majestic in fashion or proportions, but is cozy and comfortable. My parents - as far as I know - have never had trouble putting food on the table, and still have a little extra to spare on family trips, entertainment-room luxuries, and other indulgences apart from the bare necessities.

I studied in private schools for both primary and secondary levels, and went on to attend a reputable university. While I have to work to earn my keep, I get to call the shots when it comes to earning money and spending it - the folks may be old-fashioned, but they never pressured me to take over the family business.

It's been a good life so far and I'm happy with it. Do I wish I had more though? Sure - whenever a Subaru Impreza WRX STI overtakes my Honda Jazz. Or on every occasion Apple launches a new line of Macbooks. Had I earned twenty bucks for each minute spent in a bookstore trying to decide on which one book to buy - and wishing I could afford more - I'd have been disgustingly rich by now.

I'd dreamt up millions of ways to spend millions of pesos in a fictional bank account but being stubbornly left-brained, I never made much progress even in daydreams. This month's little outing, however, gave me an idea about how my upper-class counterpart might spend a Saturday, and it most certainly does not involve hanging out at Powerbooks, reading on the spot a book I can't afford to purchase. The day would definitely be spent out of town - some destination worth a couple or so hours of driving - and in the company of friends.

Sonya's Garden just outside of Tagaytay was the where the Top Gear team decided to head to in our attempt to discover what it's like to live a moneyed life. Because five staff members - the Chief, Paulo, Dinzo, Ray and myself - and two photographers - the Happy Meal combo of Charles and Hazel - require at least two cars for everybody to travel comfortably, we went for two vehicles that embody wealth, power and class. Enter the Jaguar XF and the Mercedes-Benz S 350.

My biggest challenge was to choose which car to drive. The superb audio system and sci-fi interior appointments would normally make me go for the Jag, but the Benz is more fuss-free and comfortable - an important consideration especially since the drive to Tagaytay is currently an hour longer each way, with the SLEX under construction. It's a difficult choice to make, and I began to realize how the rich doesn't always have it easy.

I finally called dibs on the XF; Dinzo had been wanting to try out the S-Class for a while, and anyway, the more senior (read: much older) staffer ought to get the more senior (read: pang-tatay) car. I pressed the push-start ignition button of the XF and immediately turned on the A/C-something I was looking forward to, if only to watch all four air vents on the dashboard slowly flip open. Fancy. While I eagerly pulled out of the parking lot, the Chief plugged in his iPod and fiddled with the audio settings to optimize the sound quality coming from all eight speakers.

Once past the SLEX traffic jam and on the road to Cavite via Santa Rosa, I put considerable space between the Jag and the Benz. The three-liter V6 was capable of propelling the XF's massive body with 240hp and 293Nm of torque, but I thought it a bit comfort-biased as even in Sport mode, the automatic transmission shifted too early through all six gears, making the car feel sluggish. Fortunately, the paddle shifters allow you to tap max power and torque at 6,800rpm and 4,100rpm, respectively. At speed, the sharp steering made the job of tackling the tighter turns near-effortless, though I found myself wishing the steering wheel were a bit more weighted. Otherwise, everything was to my liking-the brakes were responsive and the seats offered good support, and if the controls could be figured out by somebody as technologically challenged as me, I'd say the normal person wouldn't have trouble using them.

My companions in the XF slept through it all (uninterrupted, with the double-wishbone suspension all around minimizing road imperfections), waking up only when we reached Sonya's Garden. The S 350 arrived after a short while, and we trooped to one of the restaurant's dining areas where we were immediately served their signature dalandan juice-fresh-squeezed and flavored with mint. 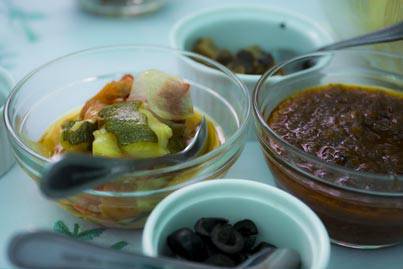 What I like about Sonya's Garden is the laidback dining experience. It's basically eat-all-you-can but instead of a buffet setup, the food is brought to your table. You're started off with salad and bread, and you to season, drizzle, dip and top these however you want with the array of dips and toppings served in small dishes. Paulo, for instance, piled up his plate with greens, while Ray preferred a "salad" of mango, cucumber and a lone piece of arugula. It's the same with the main pasta dish. Dinzo liked his with chicken cream sauce, mushrooms and cheese, while I went for the ratatouille vegetables and sun-dried tomatoes.

Choices for additional orders are braised chicken with potatoes (P650) and roast chicken (P495). That might seem pricey on top of the P610 per person for the buffet, but aside from good food made from the freshest ingredients, you also get a very nice ambiance that's hard to find in the city.

After a dessert of sweet potatoes, turon and chocolate cake capped off with tarragon tea, we took a walk around the garden. There were daybeds and cozy chairs scattered all over, and soon each person claimed a spot. I walked all the way to the end of the path, past the bakery and country store, to the Garden Spa. I've never availed of their services before but the reviews are generally good, and the prices, reasonable. For me, though, having to drive back to Manila kind of defeats the purpose of getting a massage. Ideally, you should book to stay overnight in one of the cottages or guest rooms.

After lazing around and posing for Charles's camera, we headed back to the cars. I handed over the XF's remote fob back to the Chief and got in the S 350's back seat. Dinzo tried talking me into driving but I said nope, not when it's much better to be a passenger in the Benz. He rolled his eyes and started fiddling with the COMAND controller. Having forgotten to bring an RCA cable for iPod connectivity (there's no 3.5mm aux jack), he loaded discs into the six-disc changer before starting the drive back home.

The S 350 has more power and torque (272hp and 350Nm), but since it weighs considerably heavier than the XF (1,925kg versus 1,679kg), the power-to-weight ratios of both cars are about the same. It's more sedate than when it comes to drive dynamics, but it makes up for this with comfort and luxury. After a long day, it's nice to sink back into the soft leather seats and just unwind. The seamless sound insulation and sophisticated wood paneling made it feel like I was in a library-until music started blaring from the ten speakers strategically positioned around the cabin. But my favorite feature on the S 350 was the spacious compartment on the center console fitted with its own A/C vent for keeping drinks - and chocolate bars - cold. It's really handy for road trips.

There wasn't much traffic going back to the city. On the road, the banter and the easy silence in between, as well as the recollection of the day's memorable moments, made me think that the cars we had for the day - and the wealth and lifestyle they represent-weren't the most important part of the experience. True, they made things more exciting and stylish, but it's the journey that counts. That, and the people that make the hours and distance pass by quickly.

Oh, all right. That does sound like a lot of cheese. If anything, though, it would help make it easier on me come the end of the weekend, when we finally return the borrowed units and go back to reality. The daydream sure was fun while it lasted. 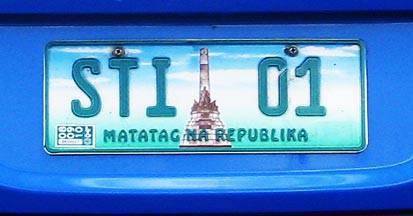 What's with odd license plates?
View other articles about:
Recommended Videos
Read the Story →
This article originally appeared on Topgear.com. Minor edits have been made by the TopGear.com.ph editors.
Share:
Retake this Poll
Quiz Results
Share:
Take this Quiz Again
TGP Rating:
/20