Here are the 10 best racing games of all time

Did your favorite make the cut?
by TopGear.com | Dec 23, 2016
CAR MODELS IN THIS ARTICLE 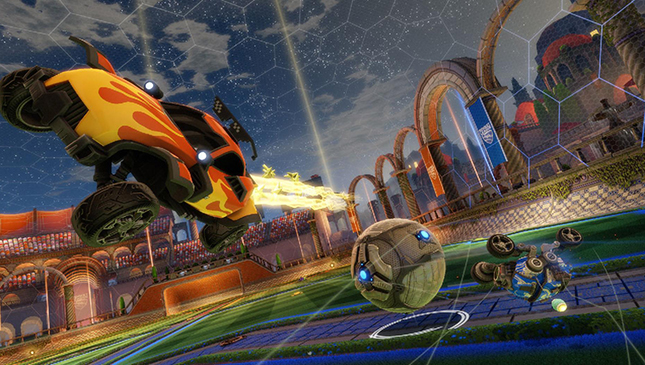 Top Gear already established many years ago that the best way to improve upon the beautiful game was to swap out the overpaid, primadonna players with humble, unpretentious cars. It is literally impossible for a car to dive on the ground and roll around clutching its thigh because cars don’t have thighs. Rocket League simply takes that formula to its logical conclusion by adding a dash of kerosene to the cocktail.

Rocket League is a fiendishly addictive online arcade game in which chunky, rocket-powered buggies compete to punt a huge football into the opposing team’s goal. Simple in theory but there’s a whole world of deft flicks, well-timed volleys and flagrant goal-hanging to master. What? A goal’s a goal. 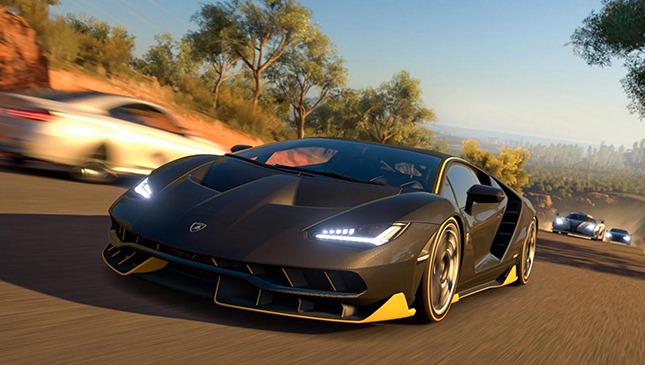 As long as Microsoft keeps pumping out Forza Horizon games, you can stick all your holiday savings into that '80s Italian sports car slush fund instead. Forza Horizon 3, set this time in Australia, is basically your dream road trip vacation: tooling around in expensive cars to a thumping festival soundtrack.

Any game that passes you the keys to a £1.7 million (P103 million) Lamborghini Centenario within the first five minutes gets an entire chapter in our good books, but Horizon 3 only improves from there as you build your own unique garage of vehicles, tweaking and modifying them as you go. Then there are the Showcase events, allowing you to assert the automobile’s dominance against fighter jets, helicopters and freight trains in wholly sensible and necessary competition.

This has to be the Australian tourist board’s idea of a nightmare—why would you spend the better part of a day folded up like a deck chair in an airline economy seat just to get to the Antipodes when you’ve got all the best bits contained inside your Xbox? 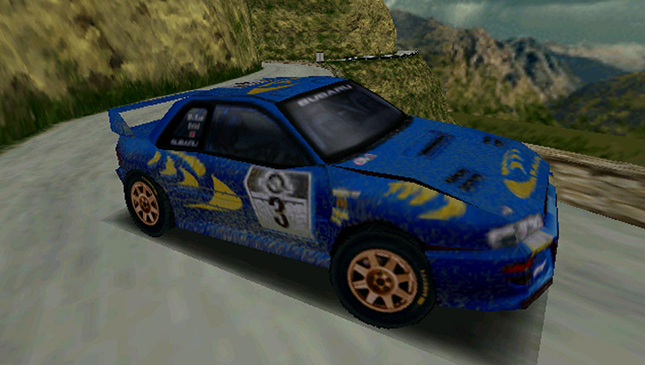 As anyone who played Michael Owen’s World League Soccer on the N64 will tell you, mixing sports stars with video games rarely yields fantastic results. The one great exception is the Colin McRae series, which transplanted the gravel-spraying joy of rallying into your living room. It was here that a generation of '90s kids awakened their latent love of excessive oversteer.

The eight international courses set a good difficulty curve, the cars started shiny and became caked in Welsh mud, and, thanks to the technical advice of the late Scot, the handling was spot-on, meaning that when you launched your Subaru Impreza off a dirty hill at 193kph it felt every bit as good as it should. That is very, very good. 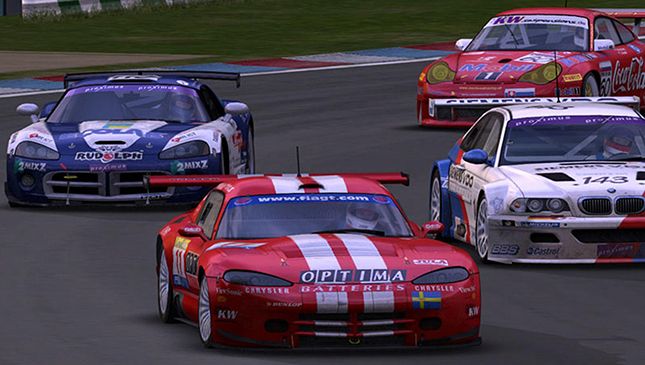 Imagine a GT racing championship getting the same all-encompassing treatment as F1 gets in its own games. That’s what happened for two glorious, fleeting years in the mid-2000s with the GTR games. GTR 2 in particular was a revelation, fettling a handling model that showed enormous potential in the first game into the most authentic and demanding racing experience around. There’s a reason why there’s still a rabid fan base holed up playing this game today.

What’s more, the game’s garage was populated by cars from the full-fat era of GT racing, where Ferrari 550 Maranellos diced with Maserati MC12s in the GT1 class and where a cross-eyed Morgan Aero 8 GTN was still an acceptable steed for an assault on the Spa 24 hours.

The Spa 24, incidentally, is where all the game’s numerous systems come together in concert; where multi-class racing plus dynamic time-of-day and weather make the enduro a real occasion, even if you compress the whole thing into just 24 minutes. This was technically uncompromising PC sim racing at its very best. 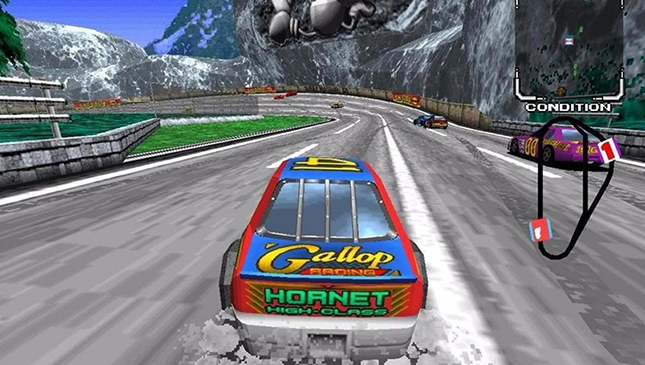 The game that set a new standard in multiplayer arcade racing and the only reason anyone went to a suburban bowling alley in the '90s. Both the cars and tracks were works of fiction—there definitely isn’t a real racetrack that boasts a giant Sonic the Hedgehog carved into a cliff face as one of its features—but brutal force-feedback steering, challenging drifting mechanics, and benchmark-smashing graphics meant absolutely none of this mattered.

Sitting inches from a vision-filling Daytona USA arcade screen was nothing short of spectacular and knocked every other racing game at the time into a cocked crash helmet, particularly if you managed to find eight people for a full multiplayer race. Best of all, though, coming first on the hardest of the three circuits meant you automatically became a fully qualified NASCAR driver. It’s true (it’s not, obviously). 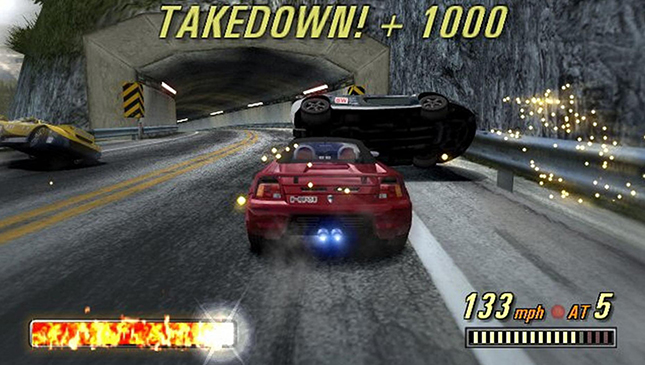 The Grand Theft Auto series gets a lot of stick for setting bad examples to motorists, but we’ve never had to navigate a placard-wielding mob to buy a Burnout game. Which is weird, really, given that the series’ attitude towards wanton destruction and general recklessness makes GTA look like Farmville.

The third game in the breakneck Burnout series was every bit the supersonically fast arcade racer the first two where. The difference came in the Takedowns of the title, with Burnout 3 the first to put aggression at the core of the gameplay. Full contact racing became a necessity for victory, with the game awarding racers vital extra nitro juice for ramming other racers off the road in cold-blooded vehicular homicide. 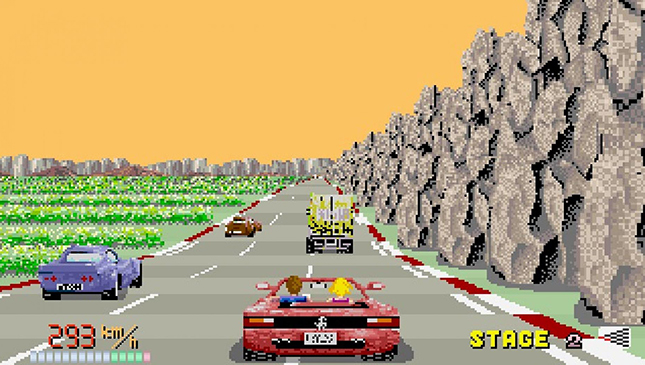 No real-time tire degradation or dynamic weather systems here; just you, a generic red convertible (that definitely isn’t a chop-top Ferrari Testarossa, promise) with a sexy 16-bit blonde in the passenger seat and a near infinity of American freeway. All accompanied by some of the most infectious video game music ever committed to silicon.

A fiendishly difficult game, despite the lack of proper corners, meaning anyone determined to complete it could expect to shell out a good £20 (P1,200) in shiny pound coins for the privilege. Although as far as we’re concerned, for a spot on the high scores board and 15 minutes with the best arcade racer of the ‘80s, that’s fine value. 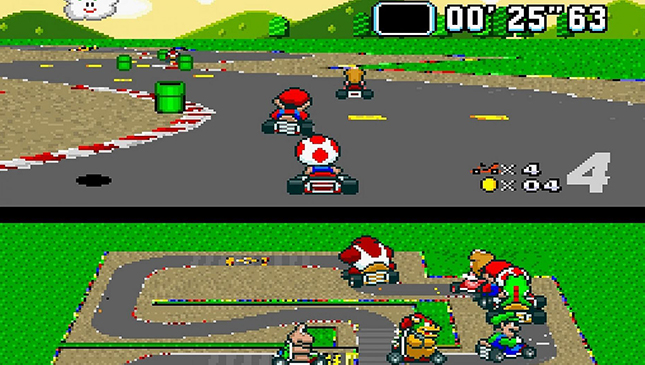 There are racing games with pitch-perfect, individually recorded engine sounds, ones with brilliantly realistic renderings of the world’s best racetracks, and ones with physics so lifelike they’d get Professor Stephen Hawking hot under the collar. Then there are racers that are just plain fun—a subsection of gaming that Super Mario Kart has reigned over for nearly 25 years.

Aped endlessly since its release, rarely has an SMK pretender come close to recreating the gleeful anarchy of turning a race on its head with a well-timed power-up. Even Nintendo’s own generational follow-ups have failed to quite nail it; lobbing red shells at your mates will always be fun, but it’s something that’s always looked and felt best in the chunky sprites and limited palette of the 16-bit era. Dig the SNES out of your attic and you’ll see it’s just as gloriously entertaining today. 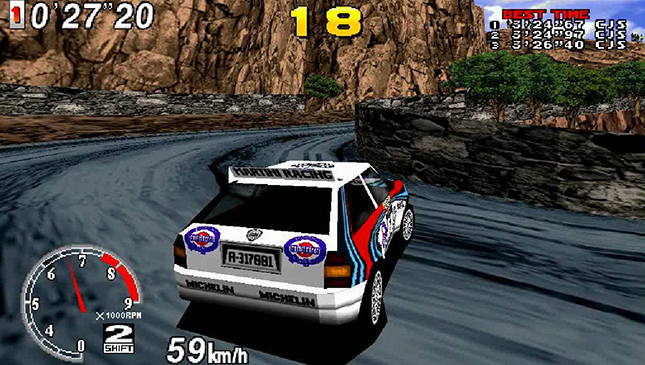 Having cut their teeth on Daytona USA, arcade-goers spent the mid-'90s warming the bucket seats of this seminal slide-‘em-up. Both the Toyota Celica and the Lancia Delta handled with a balanced perfection that even Sega itself failed to improve upon, and the masterfully balanced time limit for each stage made a flawless run a thing of precise power-sliding beauty.

Remember wrestling with the wheel as you chucked it round the hairpins? Remember the satisfying clunk of the plastic gear stick? Remember the whole arcade crowding round as the timer ticked down on the secret final Lakeside stage? Because we do. Although we may have dreamt the last one. 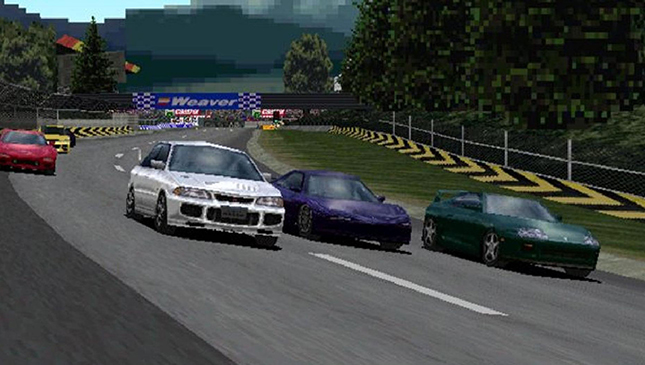 The moment you got your hands on the first incarnation of Sony’s now-legendary series, you suddenly realized that everything that came before it was complete nonsense. While racing games had been about for years, Gran Turismo single-handedly launched the console racing simulation, a whole new genre that meant you had to actually occasionally use the brake and in which keeping the more powerful supercars out of the barriers was damn near impossible. Sure, it’s been built on and buffed up to crazily high standards with the latest sixth installment, but this remains the groundbreaker—the moment racing games grew up. 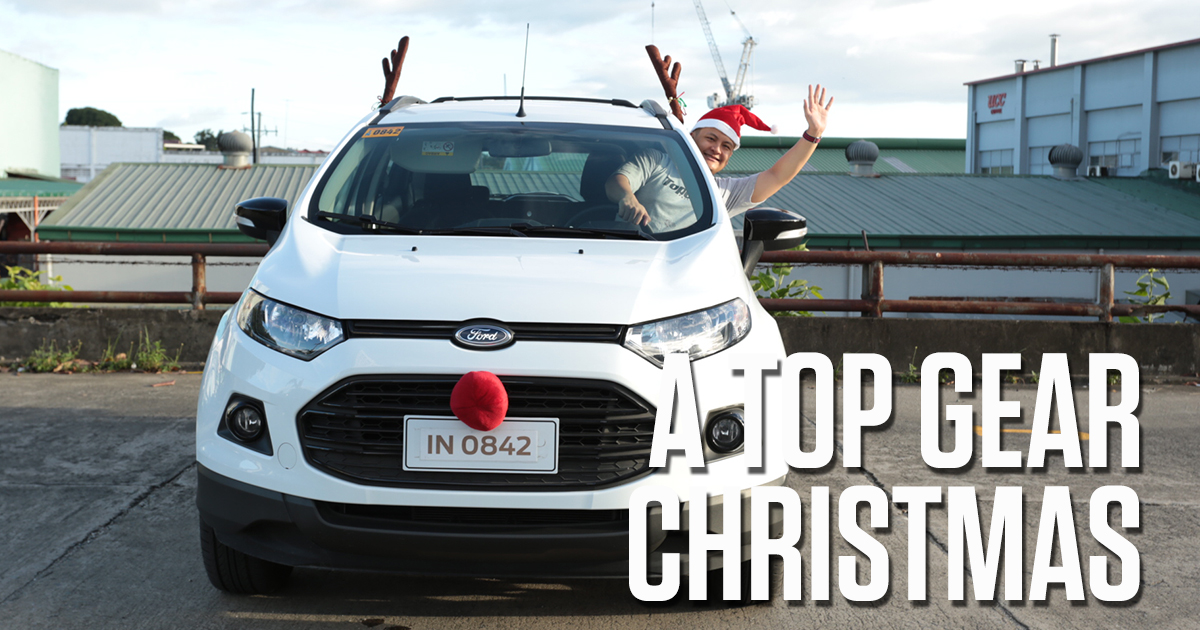 Watch: Top Gear and Ford PH spread some Christmas cheer
View other articles about:
Read the Story →
This article originally appeared on Topgear.com. Minor edits have been made by the TopGear.com.ph editors.
Share:
Retake this Poll
Quiz Results
Share:
Take this Quiz Again
TGP Rating:
/20