How many trees do you need to plant to offset your car's annual CO2 emission? 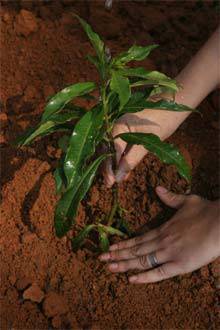 Back in grade school, we were taught that cars are among the culprits that produce harmful byproducts like carbon dioxide. Plants, on the other hand, are the good guys as they sniff carbon dioxide and release precious oxygen. With environmental concerns being a top priority these days, many local car manufacturers and distributors have adopted tree-planting projects as their social responsibility program. But how many trees does one need to plant to make an impact on nature?

Four years ago, Honda Cars Philippines had one such tree planting project at the La Mesa watershed in Quezon City. Arnel Doria, a former Honda executive, recalled the event and wondered just how many trees it would take for a motorist to offset his or her vehicle’s annual carbon dioxide production. With data and formula from various sources, Doria got his answer.

Meanwhile, one hectare of forested area can absorb 15.873 tons of carbon a year. With the ideal forest density at 400 trees per hectare, the number of trees a motorist needs to plant and grow fully to offset his car’s annual carbon dioxide emission is six--every year.

This is the formula posted by Doria via Facebook:

So how many trees do you need to plant this year?

Now that you know, when will you start planting trees to be able to say that you truly are a responsible motorist?

The 2011 World Car of the Year award goes to...
View other articles about:
Recommended Videos
Read the Story →
This article originally appeared on Topgear.com. Minor edits have been made by the TopGear.com.ph editors.
Share:
Retake this Poll
Quiz Results
Share:
Take this Quiz Again
TGP Rating:
/20