More than a year after the news on the  Royal Enfield’s Continental GT 650 and Interceptor INT 650 first reached the international riding community, both models finally found their way to the Philippines.

Jimmy Barinaga, president and CEO of Royal Enfield Philippines, led the unveiling of the British brand’s most potent weapons for infiltrating the retro-styled motorbike market. A quick backgrounder: The Continental and the Interceptor were born in the ’60s at the height of the rockers era. These standard-nakeds were designed primarily for daily use, but they were customized into café racers by riders who wanted to run these stylish machines in track events and desert races during weekends.

Wanting to relive the glory days of these two awesome models, Royal Enfield launched the Continental GT and the Interceptor INT—the first bikes to be fitted with parallel-twin engines since the company’s resurgence in 1970. They may have retained their stripped-down design—from the air-cooled engine, spoked wheels, and analog gauges, to the chrome-laced exhaust pipe and handlebars—but the introduction of technologically advanced components signals a major leap for the Indian motorcycle manufacturer. 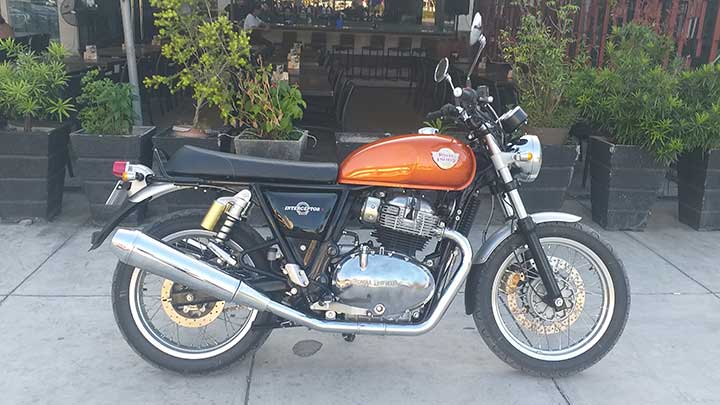 The sporty Continental GT 650 café racer (main image) and the stylish Interceptor INT 650 roadster (above, sporting an Orange Crush paint finish) were developed jointly by Royal Enfield in India and its technical center in Bruntingthorpe in the UK. Of note, Harris Performance—which develops race bikes that compete in the Isle of Man TT, the British Superbike Championship, and the World Superbike Championship—took charge of building the twin-cradle tubular steel frame. The Harris-made chassis was among the major factors in the positive transformation of these retro-styled machines’ riding characteristics.

Powering both bikes is a new 650cc parallel-twin engine that churns out 47hp at 7,250rpm and 52Nm at 5,250rpm. It is equipped with a gear-driven balance shaft, which reduces unnecessary vibrations that have plagued the Royal Enfield Bullet and Himalayan models. We rode the two new bikes (at low speed and only in first gear, though, because of the tight space at the venue), and compared with the earlier models, we hardly felt any vibrations from the engine.

Royal Enfield is good at matching iconic styling with modern amenities. Although still air-cooled, the engine now uses fuel-injection technology controlled by an ECU from Bosch. The six-speed gearbox is supported by a slipper clutch for a lighter, smoother, and more precise shifting.

Twin gas-charged shock absorbers with piggyback reservoirs and five-stage preload adjustment have been fitted, too. The rider is also assured of optimum stopping power as both front and rear brakes are supported by a dual-channel ABS. The twin-piston calipers with ‘ByBre’ markings will surely raise eyebrows. That’s actually an abbreviation of ‘By Brembo,’ whose products for small to midsize two-wheelers are developed and engineered in Italy, but mass-produced in India.

Fully embracing its café-racer configuration, the Continental GT features race-style clip-on handlebars and rear-set footrests that provide higher ground clearance for high-speed cornering. Meanwhile, the Interceptor is a road bike that provides the rider a relaxed yet commanding riding position and versatility on the road.

Both models are offered in three variants: Standard, Custom, and Chrome. Below is the complete price list:

Here’s a little inside story: Eager to get their hands on these motorcycles, some buyers made cash deposits a few months back despite having no idea when the units will arrive or how much they will cost.

Specially designed options—ranging from special paint colors and solo seats to bar end mirrors—are set to be offered locally, too. And given that followers of this iconic marque are mostly fashionistas, if we were in their shoes, we’d also fork out a few more bucks for some original, classic Royal Enfield riding apparel.

Again, just be patient in waiting. 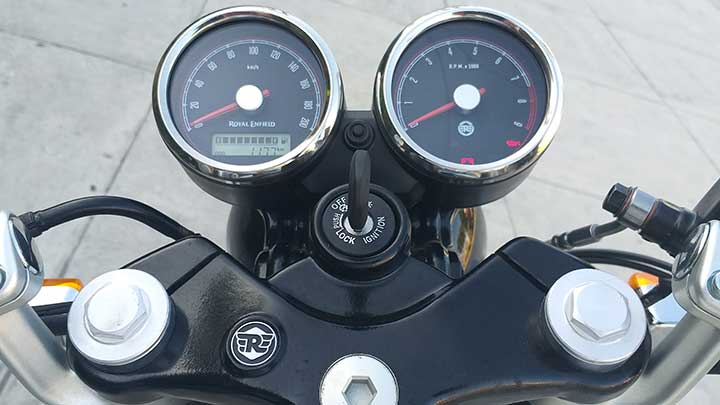 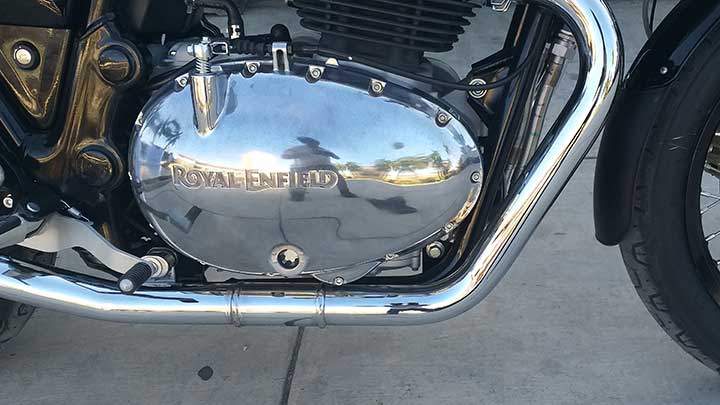 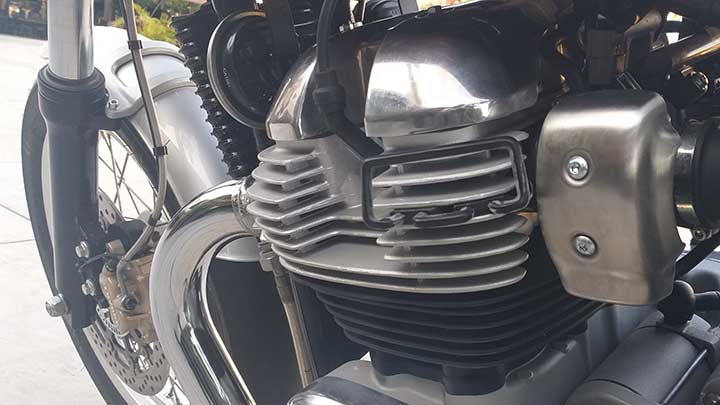 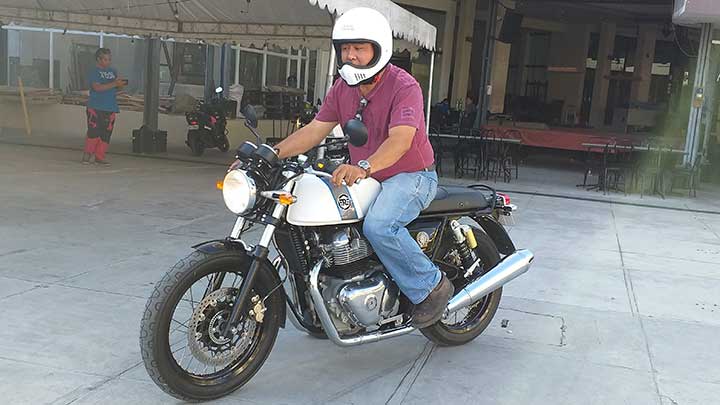 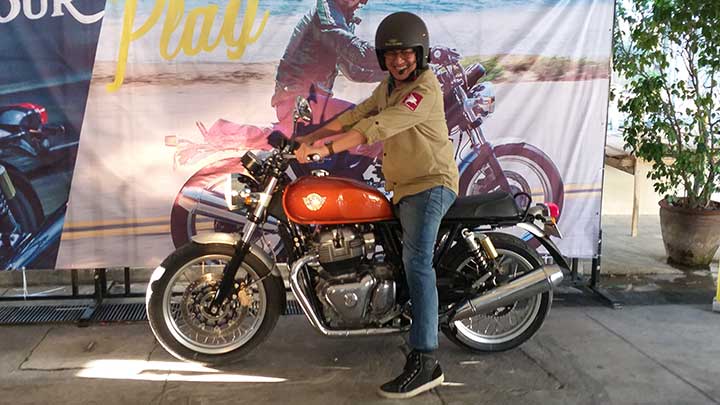 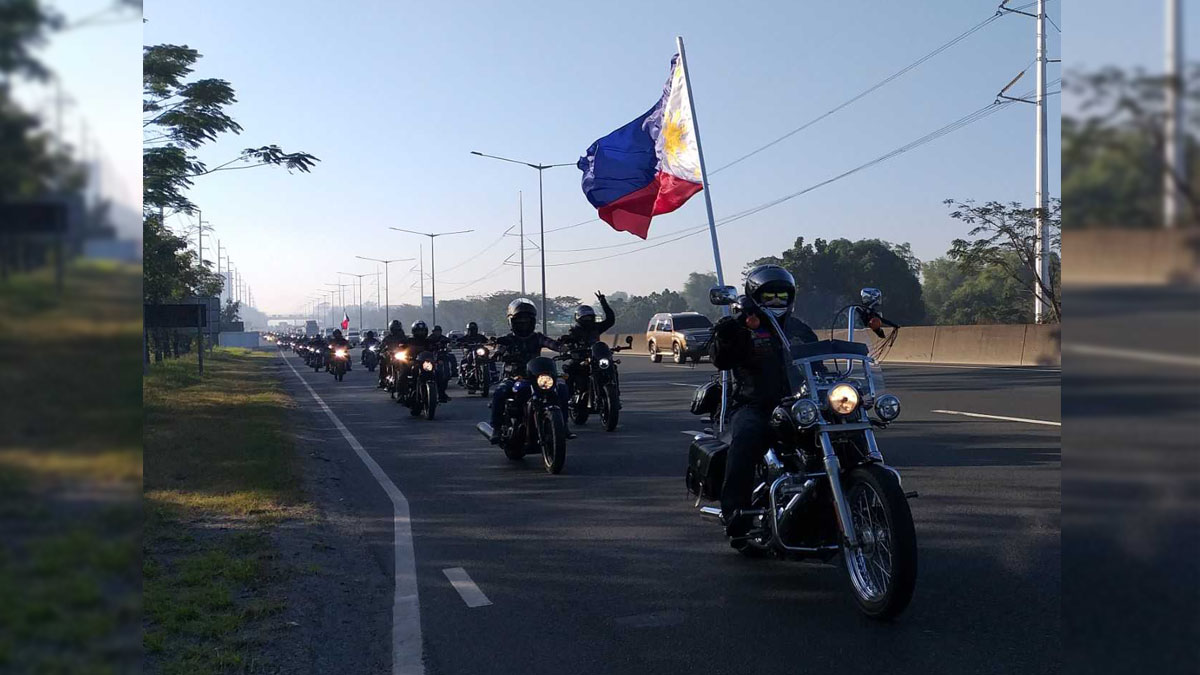 These 1,500 riders found the perfect excuse to ride on a Sunday
View other articles about:
Read the Story →
This article originally appeared on Topgear.com. Minor edits have been made by the TopGear.com.ph editors.
Share:
Retake this Poll
Quiz Results
Share:
Take this Quiz Again
TGP Rating:
/20