Gordon on ‘doble plaka’ law: Yes to front decal, no to lower fines

“I believe napasubo lang ang Presidente. I would give him the benefit of the doubt”
by Aris Ilagan | Apr 8, 2019

Senator Richard Gordon is breathing fire! Yesterday, he made the rounds of radio stations to air his side after President Rodrigo Duterte announced his plans to suspend the implementation of Republic Act No. 11235, otherwise known as the Motorcycle Crime Prevention Act, on April 6, 2019.

Moto Sapiens relentlessly followed Gordon as he went from one radio station to another to express his sentiments. He was consistent with his statements, and he certainly doesn’t want to be depicted as the bad guy here.

Gordon was surprised as to why Duterte, through the advice of Senator Joseph Victor ‘JV’ Ejercito, backtracked on his position on the so-called ‘doble ’ law when the two of them were among the signatories of the newly approved measure.

Take note: Both Duterte and Ejercito are avid riders.

Again, Gordon pointed out that around 4,000 people have been killed by motorcycle-riding men, and unfortunately, most of these cases remain unsolved. “Meron ba ng yan?” he asked.

With regard to the President’s stand against big front license plates for motorcycles, the veteran legislator emphasized that he is open to other options like decals or RFID tags, as long as they will be visible to the naked eye within a distance of 15 meters as stated in the law. There was no mention in RA 11235 that metal should be used as the material for the front license plates, he reiterated.

What he cannot agree with, he said emphatically, is the lowering of the prescribed P50,000 penalty for using motorcycles without license plates, or failing to transfer the ownership of a unit, or failing to report the theft of one’s motorbike to the authorities within the required period.

“My argument is simple: Hindi ka mo yan ,” Gordon explained, adding that the previous law required a P300 penalty for the said violations.

Well, all we can do for now is to wait for the outcome of the planned dialogue between Gordon and and hope they come up with a win-win situation for everyone. 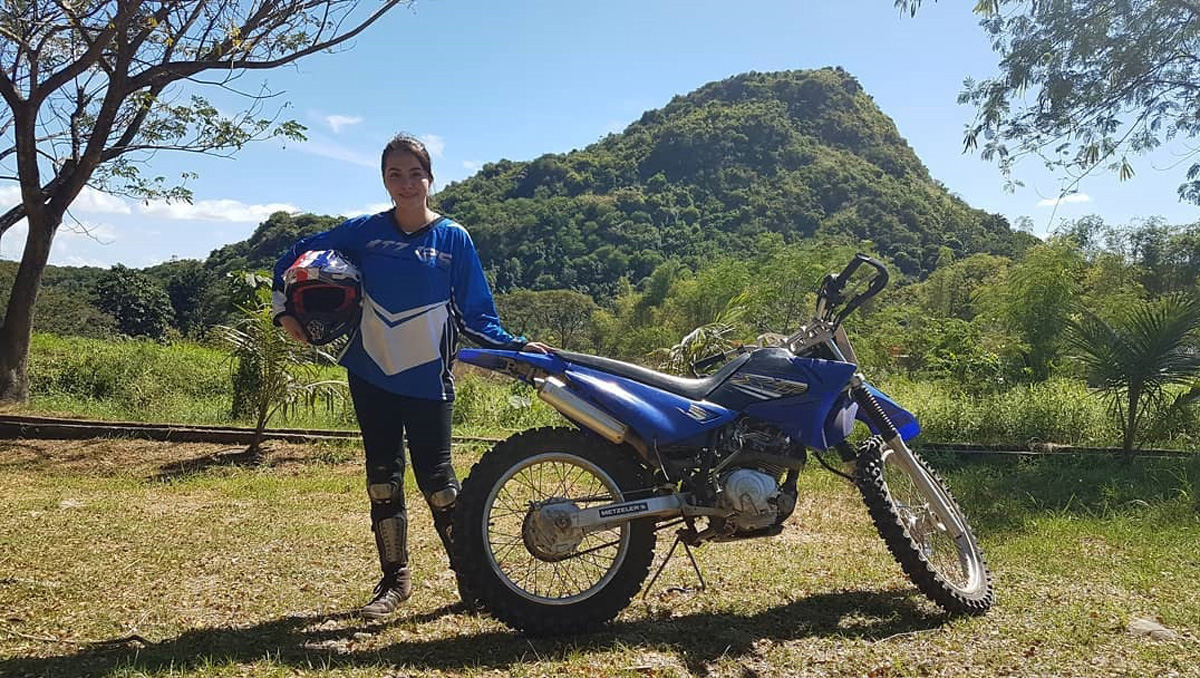 Somebody hand Julia Montes a real adventure motorbike
View other articles about:
Read the Story →
This article originally appeared on Topgear.com. Minor edits have been made by the TopGear.com.ph editors.
Share:
Retake this Poll
Quiz Results
Share:
Take this Quiz Again
TGP Rating:
/20