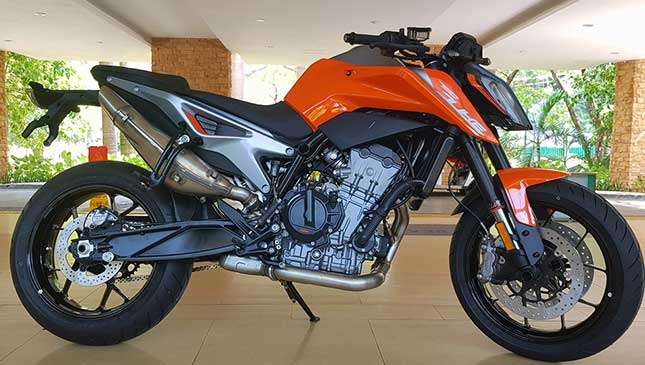 One of the crowd-pullers at the motorcycle show Esposizione Internazionale Ciclo e Motociclo e Accessori (EICMA) in Milan in November 2017, the KTM 790 Duke, found its way to our shores.

"This is the first unit of KTM 790 Duke in Asia and we’re lucky it first landed here in the Philippines,” said KTM Philippines president Dino Santos in a video on Facebook.

But guys, just a clarification: The 790 Duke is not formally launched in our market yet. It is but a teaser for the local dealers, highlighting the Austrian motorcycle company's opening salvo for the Philippines this year. KTM dealers from different countries are wrestling to have the first crack at this street naked.

Even Wheeltek's big boss Roscoe Odulio couldn't help himself but immediately throw his leg over the 790 Duke’s saddle and post his photo with the bike on Facebook during the supposed exclusive viewing at the KTM Dealership Conference held at Pico de Loro Beach & Country Club in Batangas. Norminring dealership CEO Jondi Lacson was also among those present during the unveiling. Norminring is the biggest KTM dealership in the Mindanao region.

“Wala pang price. They will launch it by the second quarter of 2018,” said Odulio, whose KTM showroom is located in Makati City.

The KTM 790 Duke is powered by an all-new LC8c parallel-twin engine, which KTM claims produces 103hp @ 9,000rpm and 86.2Nm @ 8,000rpm. Dubbed as 'The Scalpel,' the 790 Duke has sharp design features that translate to sharp and nimble handling. The most striking design of this street naked comes from its dual headlamp shaped similar to the eyes of a fearsome giant grasshopper. From its stance alone, the 790 Duke appears to be itching to destroy anything on its path.

Although the KTM dealers kept mum on the specs of the 790 Duke, post-EICMA media write-ups on this middleweight say it is equipped with cornering ABS, lean angle-sensitive traction control, and two-way quickshifter. Lean and mean, it weighs only 169kg (dry). Its power plant is mounted on solid steel trellis frame, while ride damping relies on a 43mm front fork (non-adjustable) and monoshock at the rear (adjustable).

Anyway, this means we have to wait for at least three to four months before we can see this spicy KTM babe on Philippine roads. And when this happens, expect a face-off with its closest rivals: the Yamaha MT-07 and Suzuki SV650, both powered by two-cylinder engines but with different layouts.

Looking at the bikes' different angles, technical specifications and their price tags, will we see a good match among these three street smart middleweights as soon as the KTM 790 Duke finally becomes available in our local market? 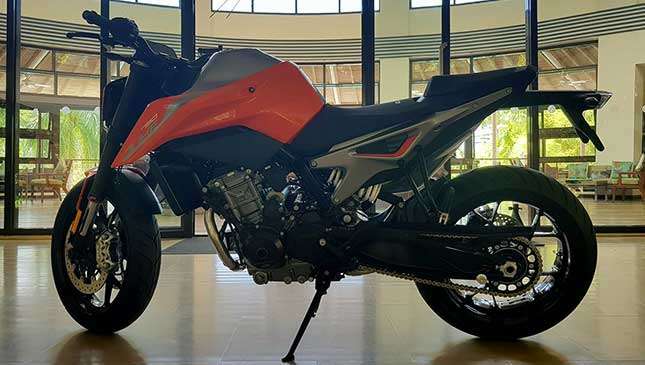 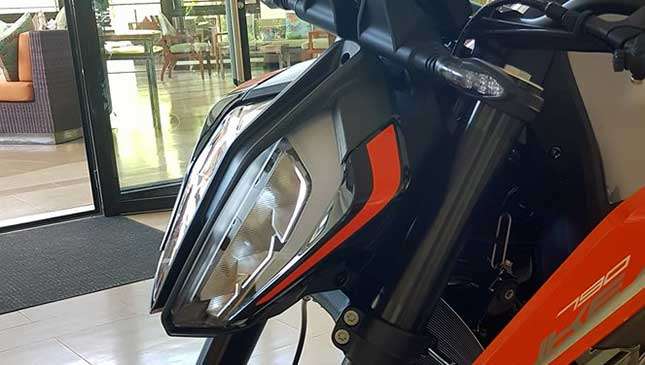 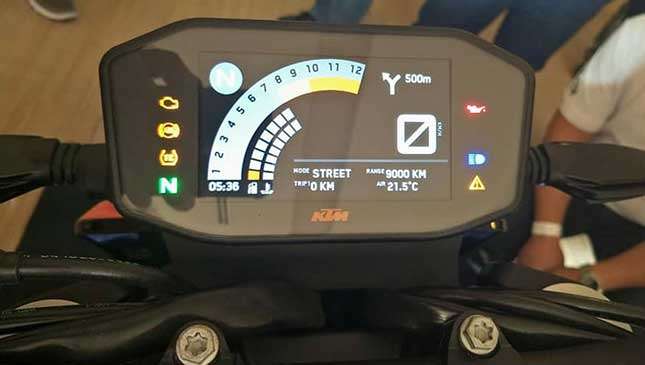 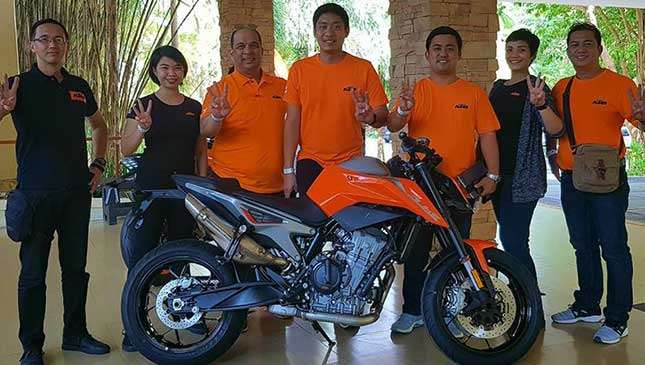 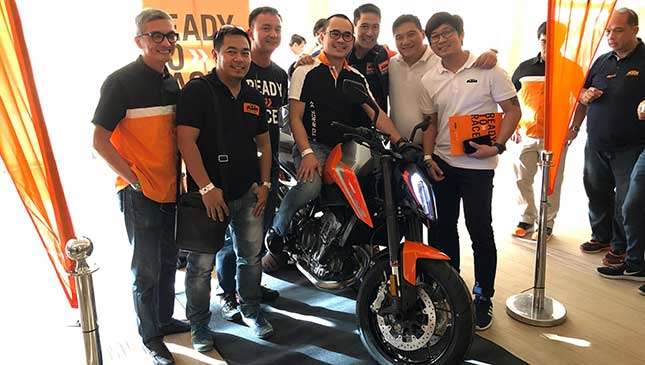 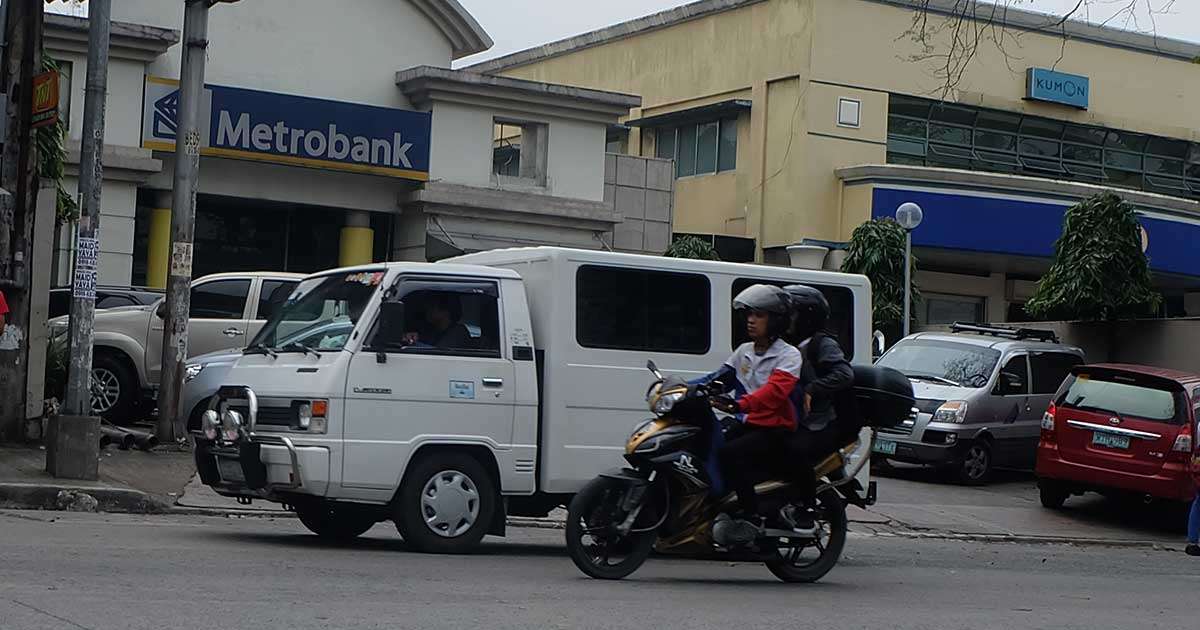 Motorcycle taxi riders turn to social media for their guerilla operation
View other articles about:
Read the Story →
This article originally appeared on Topgear.com. Minor edits have been made by the TopGear.com.ph editors.
Share:
Retake this Poll
Quiz Results
Share:
Take this Quiz Again
TGP Rating:
/20