After the awesome ride experience and memorable tour, the journey finally led to the Shell Malaysia MotoGP to support the Repsol Honda team—now composed of Marc Marquez and Jorge Lorenzo—at the Sepang International Circuit on race day.

But the night before the big day, there was the traditional HAJ Racing Night Gala Dinner. At the Sama-Sama Hotel near the race track, the HAJ participants get to meet not only Honda’s bigwigs battling in the MotoGP race, but the other competitors using its race bikes in different classes as well .

Everyone was excited to meet them in the flesh, especially Marquez. 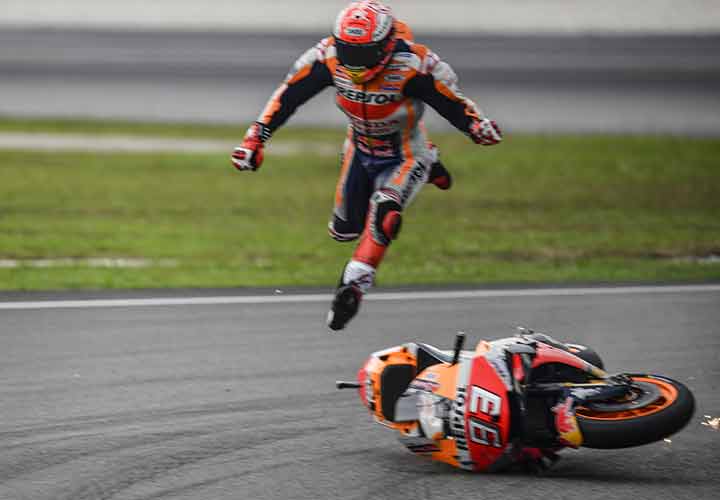 But the supposed big celebration that night had an anxious vibe. Following the nasty crash of Marquez during the qualifying round at Sepang, many doubted if the reigning MotoGP champion would still make it to the event. Many witnessed him fly off from his RC213V as a result of a horrible high side, his heels landing on the ground first before going down on his knees, and finally, his helmet smacking the pavement. Even for seasoned riders, it takes tons of luck for a rider to survive such a horrible incident.

For several hours after the incident, there was no word about Marquez’s condition. Still, the participants hoped for the best for Marquez. But the show must go on. Jorge Lorenzo (Marquez’s teammate), Carl Crutchlow (Honda LCR) and other bets of Team Red in Moto2 and Moto3 arrived.

After the usual greetings from the Honda racing team members, the wide screen on the stage suddenly lit up. It was Marquez, clad in a team shirt and shorts. Jaws dropped in the jampacked room after seeing him in good form, as if nothing happened. The short video was a big relief for the HAJ participants who support the five-time MotoGP champ.

Marquez appealed for understanding from the HAJ riders for not being able to attend the event. He said his “body needs to recover for tomorrow.” This was followed by thunderous applause from the curious audience.

Well, we are all happy to see him still in good form and raring to be back on the track today in his original fighting form. Again, he has proven to be indestructible! 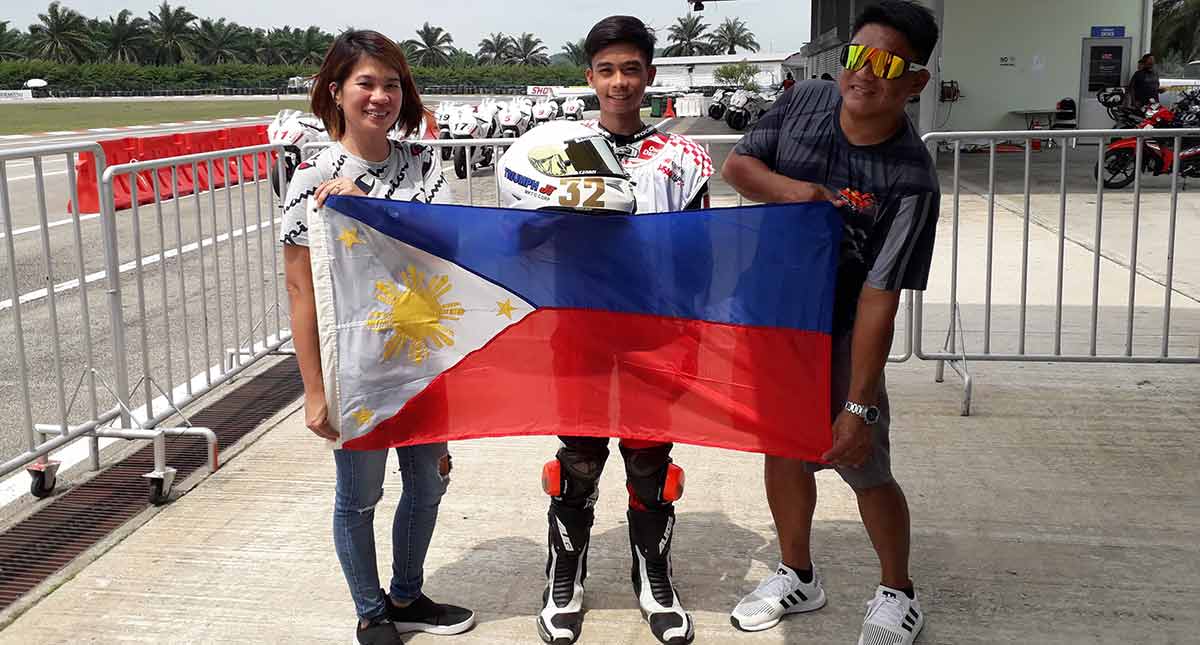 Jakob Sablaya is PH’s bet in the 2020 Idemitsu Asia Talent Cup
View other articles about:
Read the Story →
This article originally appeared on Topgear.com. Minor edits have been made by the TopGear.com.ph editors.
Share:
Retake this Poll
Quiz Results
Share:
Take this Quiz Again
TGP Rating:
/20