Pinoy riders conquer the world's highest road in the Himalayas 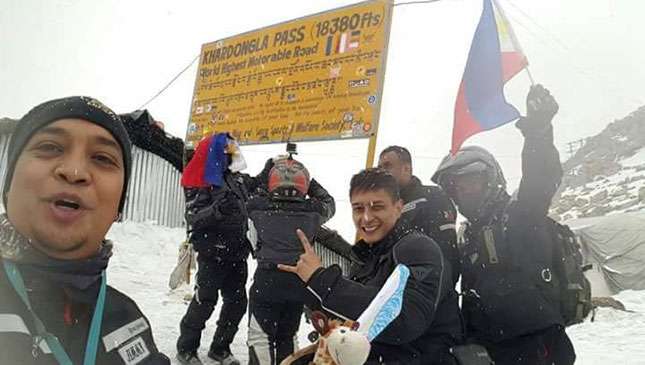 With temperature dipping to -5 degrees celsius, members of the Himalayan Adventure Team Pilipinas wasted no time in raising the Philippine flag, after they successfully reached the ‘World’s Highest Motorable Road’ in Khardung La, India, last June 20.

“Philippines, we’re here now at the highest motorable path in the world at 18,300 feet above sea level,” says Jimmy Barinaga, head of the seven-member team, in a video sent from Khardung La. The Pinoy riders endured the twisty, dusty, and narrow passages of the Himalayan mountains for 10 days.

They took off from New Delhi and rode Royal Enfield motorcycles to the Jammu and Kashmir passage with their supplies and personal belongings. Despite the chilling temperature, Barinaga’s team proudly placed the Philippine flag beside a marker on the highest elevation point for vehicles, a first in the country’s motorcycling history.

“Mabuhay ang Pilipinas. We’re just opening the gateway for the other riders to come here. Next year, kayo naman!" the president of the Royal Enfield Philippines and Hardcore Brothers Custom Motorcycles, Inc., added.

The Jammu and Kashmir passage is listed in CNN's 10 most dangerous roads. Known for landslides and roadside erosions, this narrow highway was also featured in National Geographic Traveller India as a danger zone for motorists.

“For the people who showed us good vibes, we thank you from the top of the world,” says Agoncillo.

Barinaga, Agoncillo and Sreedevi braved the extreme weather conditions when they removed their helmets to give their victory statements via video. The team thanked their sponsors that included Royal Enfield, Columbia adventure wear, Royal Enfield, Wrangler, Ride Manila (Kriega and Cardo), MT Helmets, and RidePh.

Are you ready to be the next Pinoy to conquer the highest road in Khardung La? 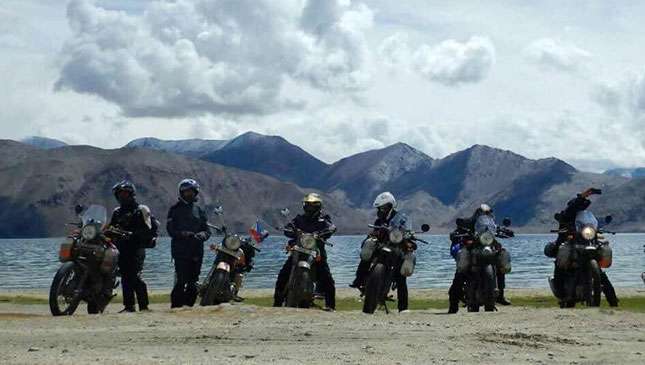 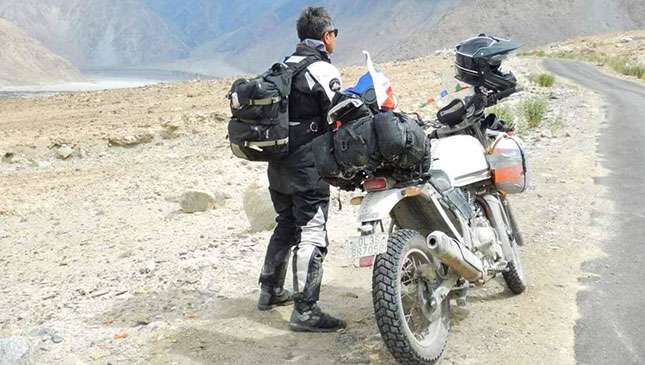 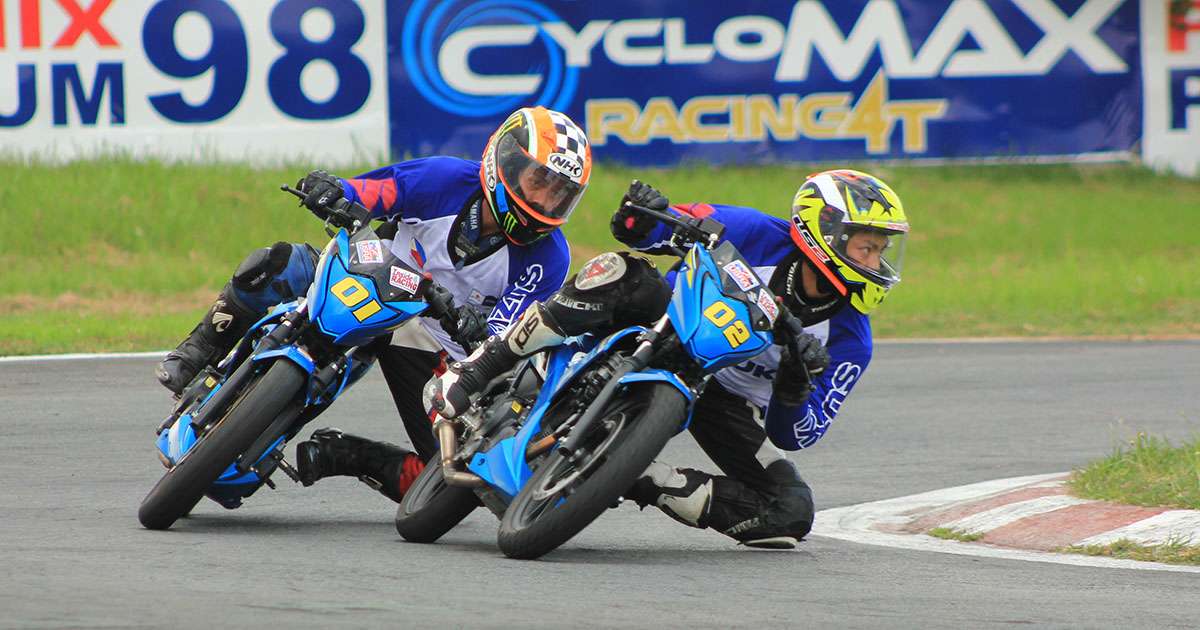