It seems that these days, ‘old’ is in again. Think film photography, fanny packs, and bell-bottom pants. Another thing making a comeback? The café racer, which, as its name implies, is a motorcycle built or customized with the sole purpose of looking cool while racing to the nearest café.

The trend originated in the ’60s with mostly naughty boys in Europe who customized practical bikes such as UJMs (Universal Japanese Motorcycles) into cool street racers. UJMs were meant for the rigors of everyday life and commuting from point A to B. They didn’t really excel at any one thing, but were passably capable of pretty much anything their owners demanded, hence the ‘universal’ part of the name.

The local motorcycle scene is no stranger to café racers, and even big-name brands are cranking out café-racer-inspired bikes. One such manufacturer producing a ready-to-ride café racer is Bristol Motorcycles. It might be a new player in the local market, but its café racer, the BR 400i Omega (styled as BR 400i Ω), seems poised to change things up in the entry-level big-bike segment with its affordable price, killer styling, and expressway legality.

Check out our review of the BR 400i Omega below. 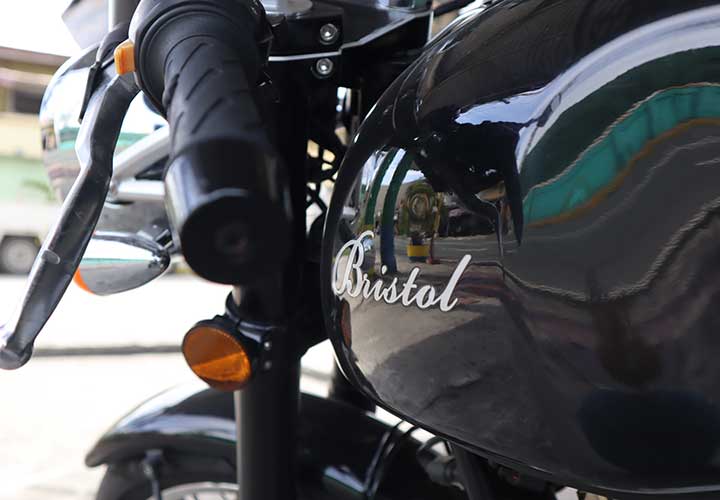 The BR 400i Omega is a classical beauty, as seen in its simple yet muscular fuel tank, chrome accents, twin-exit exhaust, dual rear shocks, chromed headlight, and spoked wheels. If you didn’t know what it was, you’d probably think it costs more than its P238,000 asking price.

The bike is quite a head-turner, as the first time I went to a fuel station to top it up, the attendant told me, “Pogi ng bike niyo sir, ah.” It’s the kind of motorcycle that’ll make you appreciate reflective surfaces since they let you see how cool you look astride your retro two-wheeler.

Without fairings, the styling of the BR 400i Omega is carried by the details. These include the inverted fork, the brushed-aluminum analog gauges, the dual front brake rotors, the clasp-ended chrome stripe across the gas tank, and the stitched leather seat, all of which elevate the bike’s appeal. 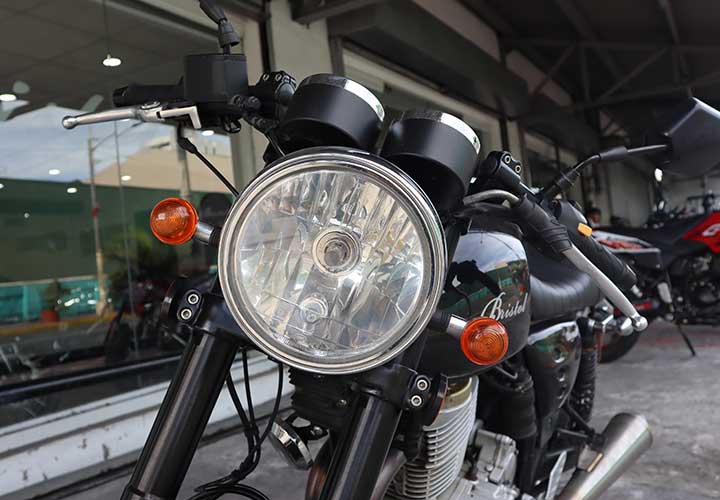 If the term ‘tiis-pogi’ had a dictionary entry, an image of the BR 400i Omega would accompany the definition. The bike’s low-mounted clip-on handlebars and rear-set foot pegs make for quite sporty ergonomics, as well as sore wrists and back muscles. Unfortunately for those with commitment issues, you’ll have to commit to the forward-leaning riding position to properly ride this Bristol.

Riding position aside, the BR 400i Omega is quite comfortable to use on the street. The perch is plush enough, but also has the necessary firmness to provide adequate support. The vibrations from the single-cylinder engine, on the other hand, aren’t damped quite well enough and are transmitted not just to your wrists, but to the mirrors and gauges as well at higher speeds. 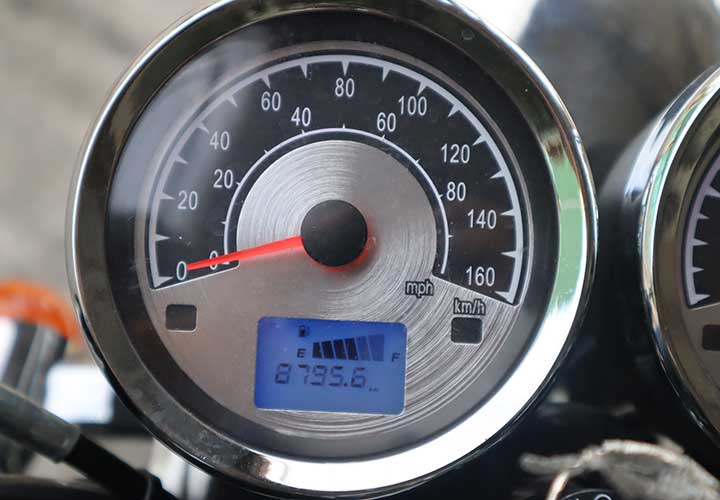 The BR 400i Omega is equipped with an oil-cooled SOHC four-valve single-cylinder engine with a displacement of 397cc. Now, before you dismiss this bike as not being ‘truly’ expressway-legal, its registration papers state that the engine displacement is 400cc, making it clear that the BR 400i Omega is definitely welcome on tollways. The engine is mated to the engine is a five-speed gearbox, which was a bit prone to false neutrals on the unit we tested, probably because it’s been dropped a few times when it took the Philippine loop before we received it.

Torque delivery is brisk, letting the bike accelerate down the street and weave between cars like a real city slicker, true to its café-racer designation. On the expressway, power is ample for overtaking and tackling long straights, though you really will have to tuck down tight to go fast, or the sheer amount of wind you’ll catch might throw you off the bike entirely.

The twin exhaust isn’t just for show—a mean but not so loud growl resonates from the engine. As a bonus, the engine backfires a bit upon deceleration, providing a satisfying snap, crackle, and pop as you roll up to a stoplight. 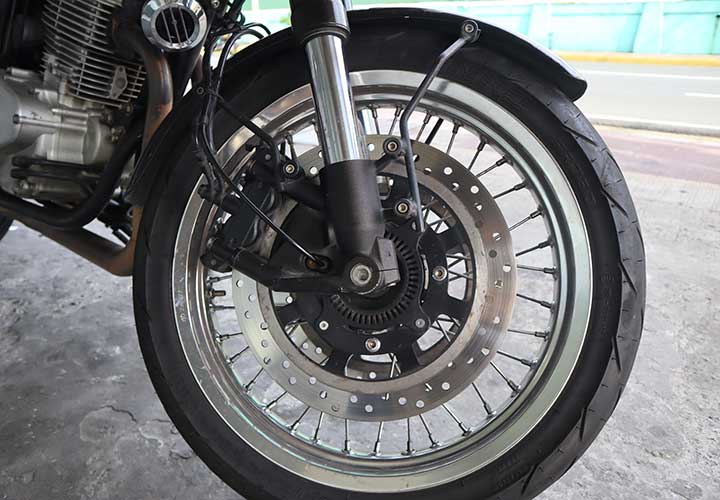 Just as expected from a café racer, the BR 400i Omega handles sportily, eating up corners with aplomb and staying planted once you start leaning. Braking is taken care of by dual front rotors pinched by four-pot calipers up front, and a single rotor in the rear.

ABS is a standard feature on this variant for both the front and the rear, and works well to bring the bike to a stop when needed. Braking up front is excellent, making me wonder why more manufacturers don’t supply their 400cc bikes with dual front rotors as standard. 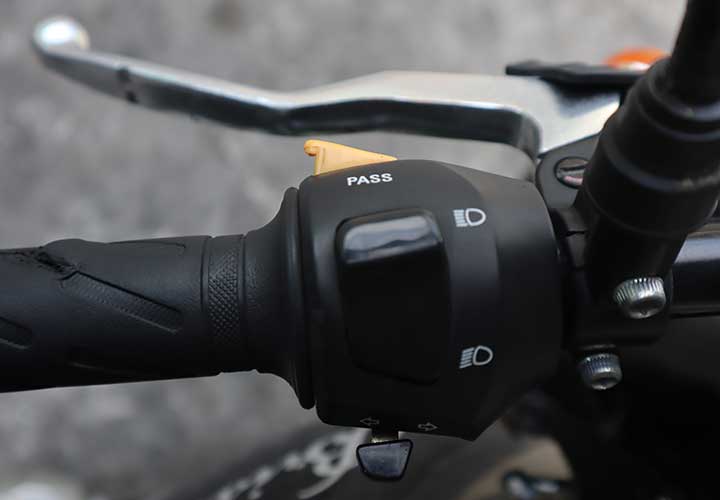 The BR 400i Omega comes with the essentials, and not much more. Storage is nonexistent aside from the little space under the seat reserved for paperwork and a small toolkit, and the gauges only display the basics: fuel level, odometer, trip meter, and neutral indicator. A clock is strangely absent, meaning you’ll have to wear a watch or get a phone mount if you don’t want to lose track of the time while riding.

While not very feature-rich, the BR 400i makes a good platform for customizers, allowing lots of wiggle room for modification. 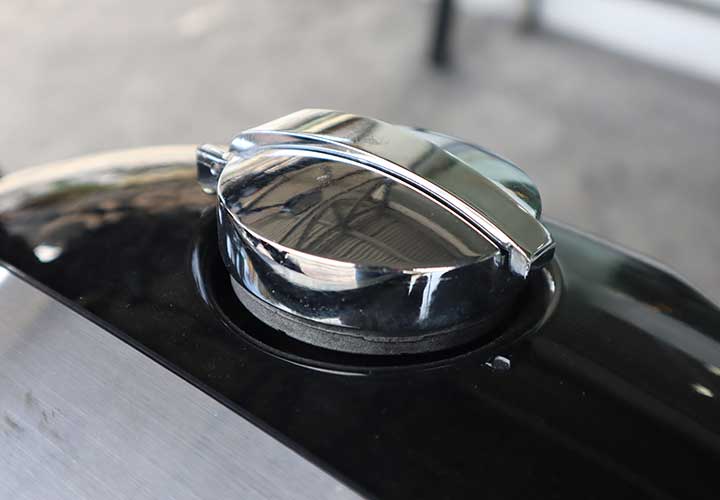 The Bristol BR 400i Omega is exactly what it says on the tin: a classically styled café racer with a slight touch of modern technology and enough performance to back up its looks. Both casual riders looking for their first big bike and seasoned classic-motorcycle enthusiasts searching for a new project bike will enjoy this two-wheeler, making it a worthy contender in the 400cc segment.

Just like any café racer, the BR 400i Omega finds itself most at home in the city, parked outside coffee shops and turning heads along tight streets. But thanks to modern sensibilities, this café racer isn’t totally excruciating on long rides out of town. Also, unlike the café racers of yore, it finds itself in the middle of stylishness and practicality, meaning you won’t be stuck on the side of the road every so often.

The unit we were lent might have been a little dinged up when we got it, but the bike’s character was still intact, leaving quite the impression and reinforcing the idea that café racers will always be in style. 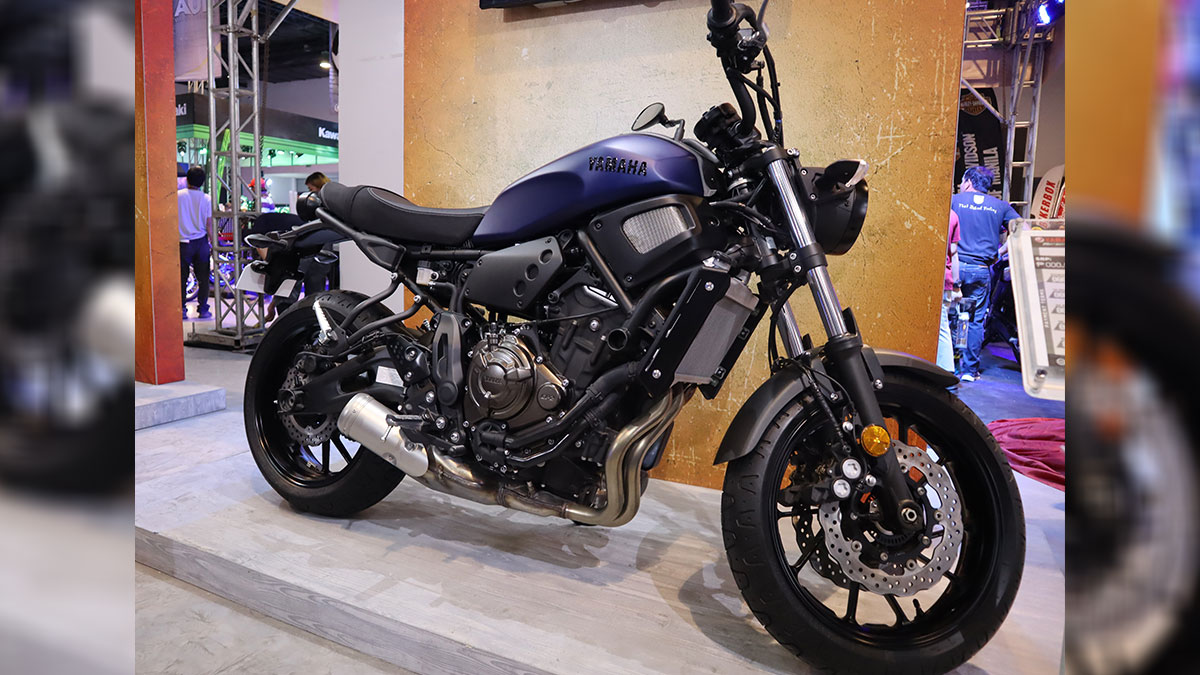 17 Images: Yamaha introduces XSR700, brings back Bolt 950 R for 2019
View other articles about:
Read the Story →
This article originally appeared on Topgear.com. Minor edits have been made by the TopGear.com.ph editors.
Share:
Retake this Poll
Quiz Results
Share:
Take this Quiz Again
TGP Rating:
/20